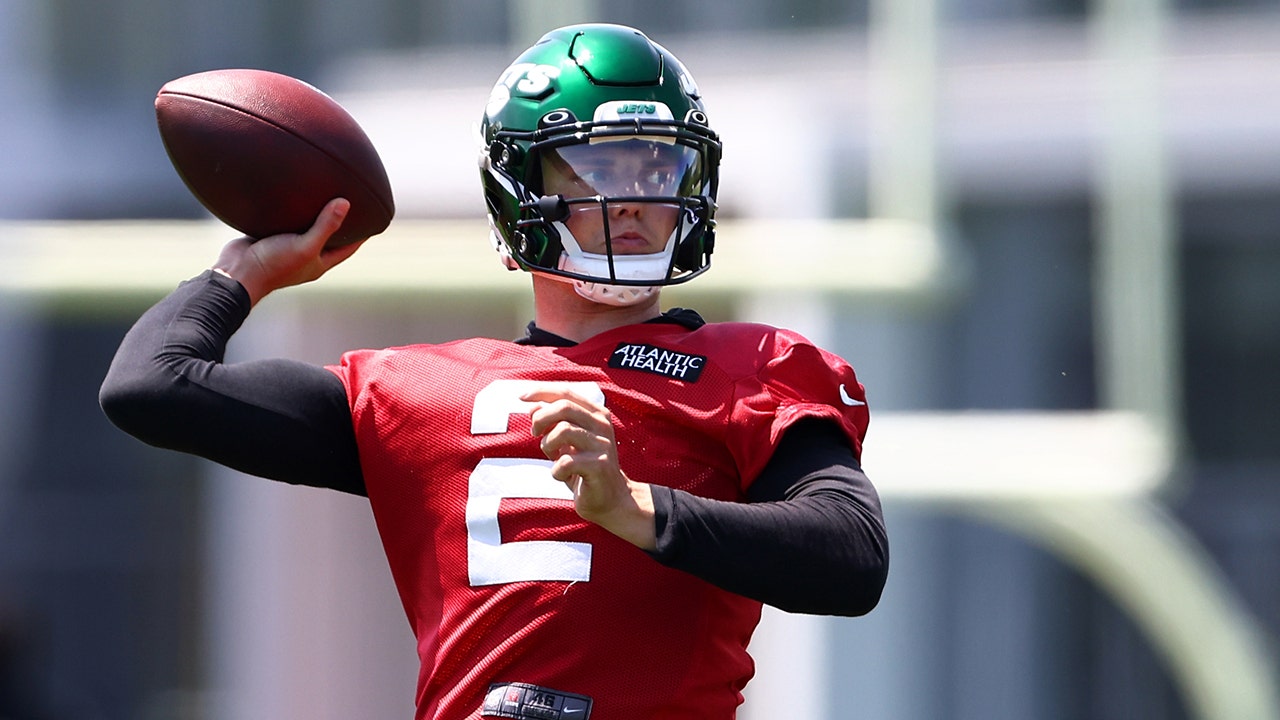 New York Jets quarterback Zach Wilson had his personal life aired out on social media over the weekend and several of his NFL colleagues reacted.

The drama began on Instagram when someone accused Wilson’s ex-girlfriend, Abbey Gile, of being a “homie hopper” as she announced she was dating Washington Commanders wide receiver Dax Milne, who is a former teammate of Wilson’s when the two were playing at BYU.

Gile responded to the comment, saying Wilson was the real “homie hopper” as he had allegedly slept with his mother’s best friend.

The recent revelation set Twitter alight with the start of training camp only a few days away for the Jets.

It is unclear when Wilson and Gile broke up. The Jets quarterback is currently dating social media influencer Nicollete Dellano and has been spotted with her several times.

Zach Wilson, #2 of the New York Jets, looks on before the game against the Houston Texans at NRG Stadium on November 28, 2021 in Houston, Texas.
(Carmen Mandato/Getty Images)

Wilson is entering his second season in the NFL. The No. 2 overall pick of the 2021 draft played in 13 games last season. He had nine touchdowns, 11 interceptions and 2,334 passing yards.

New York was 4-13 in their first season under head coach Robert Saleh.

Zach Wilson, #2 of the New York Jets, warms up before the game against the Jacksonville Jaguars at MetLife Stadium on December 26, 2021 in East Rutherford, New Jersey.
(Dustin Satloff/Getty Images)

The Jets are expected to have a bit of a better season with a reloaded and healthy offense. Wilson will have Mekhi Becton back on the offensive line and C.J. Uzomah as another target to throw to.