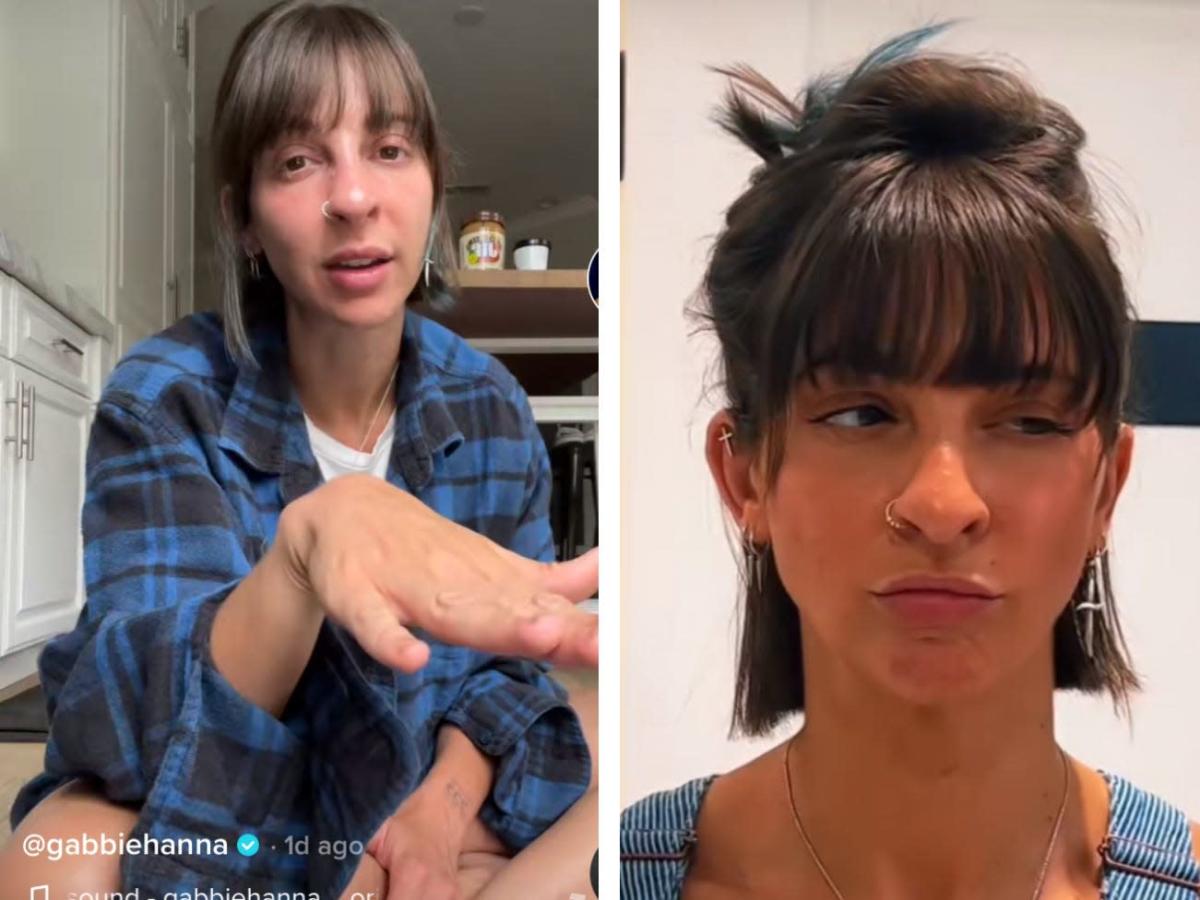 Controversial YouTuber Gabbie Hanna has faced criticism for posting a TikTok on April 1 where she said taking up “hobbies” could help people “overcome” depression.

Hanna, who has 7.3 million TikTok followers, told viewers if they picked up a hobby like jet-skiing, they would “never be sad again.”

In the video, which has 70,000 views, Hanna said, “Listen up, this advice is about to change your life. This tip is not just for overcoming depression. It’s going to get you excited to wake up every day.”

She said people who are depressed should take up multiple hobbies, adding that she watched a man making a rug on TikTok and it made her want to set up a rug-making studio to lift her mood.

Many commenters under Hanna’s video criticized the YouTuber for recommending such expensive hobbies, some of which Hanna replied to.

“Would love to ‘get a hobby’ but unfortunately I’ve ‘got to pay my bills’ and have to work 16 hours a day,” one comment with 165 likes said. Hanna replied, ‘Damn sis you got time to watch and comment on TikToks but you can’t learn an instrument or how to knit? That’s a you choice my friend.”

In the past week, the controversy has become more widespread as various YouTube drama channels, which often comment on influencer controversies, made videos echoing a sentiment that her TikTok was “privileged” and “tone-deaf” towards many people who might not be able to afford equipment for sports or leisure activities, and wrong to imply that hobbies can cure depression.

According to an article in The Conversation by Ciara McCabe, an associate professor of neuroscience at the University of Reading, having a hobby can “improve” mental health and wellbeing, even for people with clinical depression. However, she also recommends seeking guidance from a therapist or doctor to find the best treatment most suited to the individual.

Hanna has spoken out about mental health on several occasions in the past. In April 2021, she appeared on the “Check Your Head” podcast, discussing the negative comments she receives, which she said made her think she was “crazy,” and caused her to take a temporary break from social media.

Hanna originally rose to fame on the now-defunct short-form video platform Vine in 2013. She went on to become an original member of David Dobrik’s YouTube collective, the Vlog Squad, and launched her own YouTube channel, which grew to 5.3 million subscribers and featured comedy and skit videos. She has also released original music and two poetry books. Over the past year, Hanna started to post more frequently on TikTok, filming singing videos and regular life updates.

The 31-year-old has been involved in various controversies in recent years. In July 2020, she was criticized by various drama channels for showing an image of a dead teenager in a YouTube video. Hanna said in a tweet that she made contact with the murdered teenager’s mother and apologized to her personally. She has also publicly feuded with other influencers including Trisha Paytas and her former friend Jessi Smiles.

Gabbie Hanna did not immediately respond to Insider’s request for comment.

For more stories like this, check out coverage from Insider’s Digital Culture team here.