‘You have to do more’: Parkland father interrupts Biden’s gun control speech 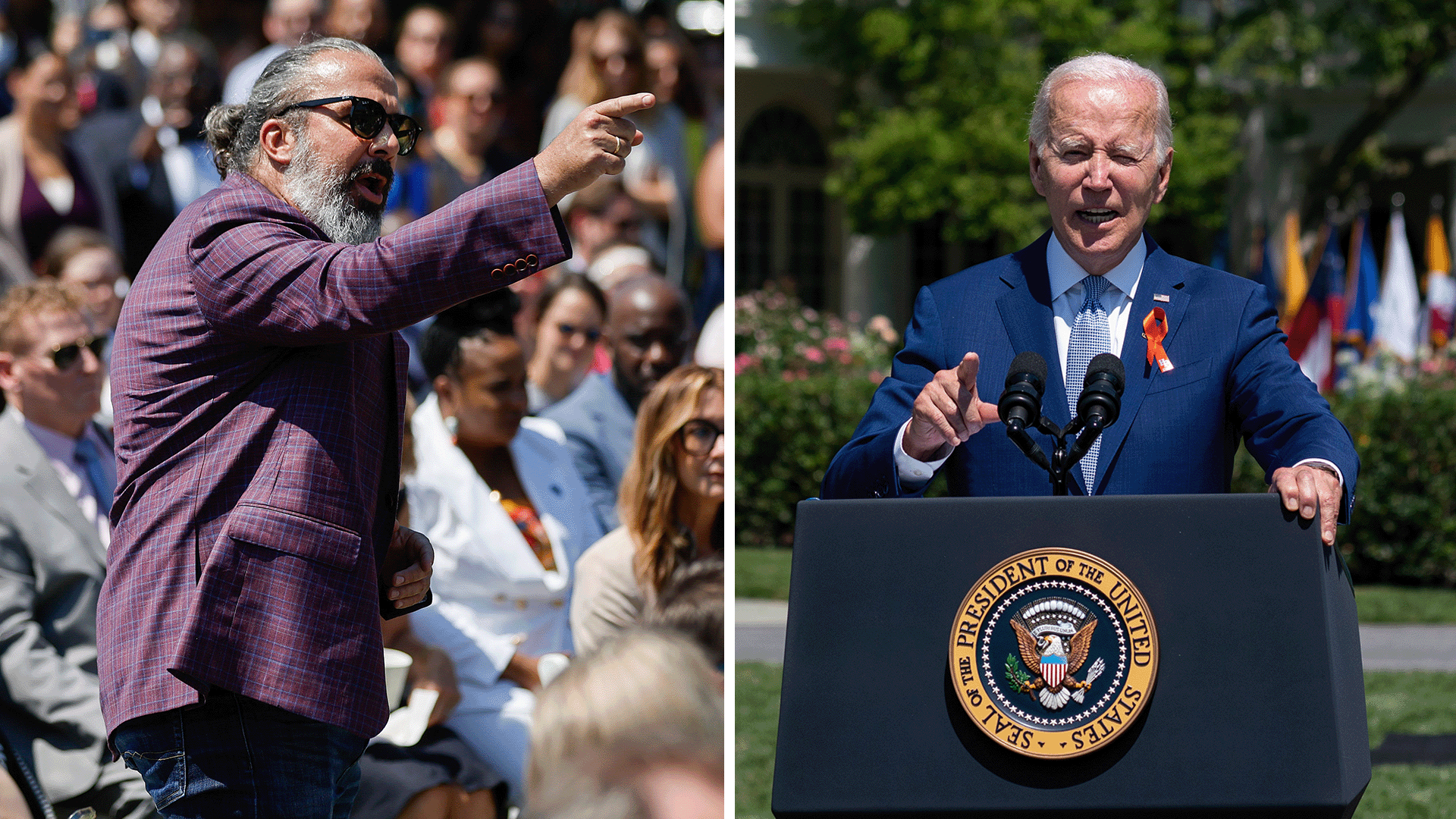 “You have to open an office in the White House. Name a director,” he can be heard saying. Much of his shouting was inaudible at the outdoor event hosted on the White House’s South Lawn.

The president responded to Oliver’s demands, saying that “we have one” in regards to the call for a federal office dedicated to gun violence. But the president acknowledged that more needs to be done to prevent mass shootings and said “let him talk” before Oliver was escorted out by White House security.

“This legislation is real progress but more has to be done. The provision of this new legislation is going to save lives and it’s proof that today’s politics we can come together on a bipartisan basis and get important things done. Even on an issue as tough as guns.”

Oliver has been on the front lines of gun-control activism since losing his son in 2018, and was among other gun control activists who criticized the bill, arguing it does not go far enough to prevent mass shootings.

“It’s been a while that I’ve been calling out that using the words ‘celebration,’ getting together, it’s like we’re going to a party, to a wedding today, you know, we all received invitations. And meanwhile, you can see these mothers in Uvalde that just saw how their kids were massacred inside a school,” Oliver said in an interview with CNN on Monday.

CORRECTION: A previous version of this story misstated when President Joe Biden delivered remarks on the passage of the Bipartisan Safer Communities Act.