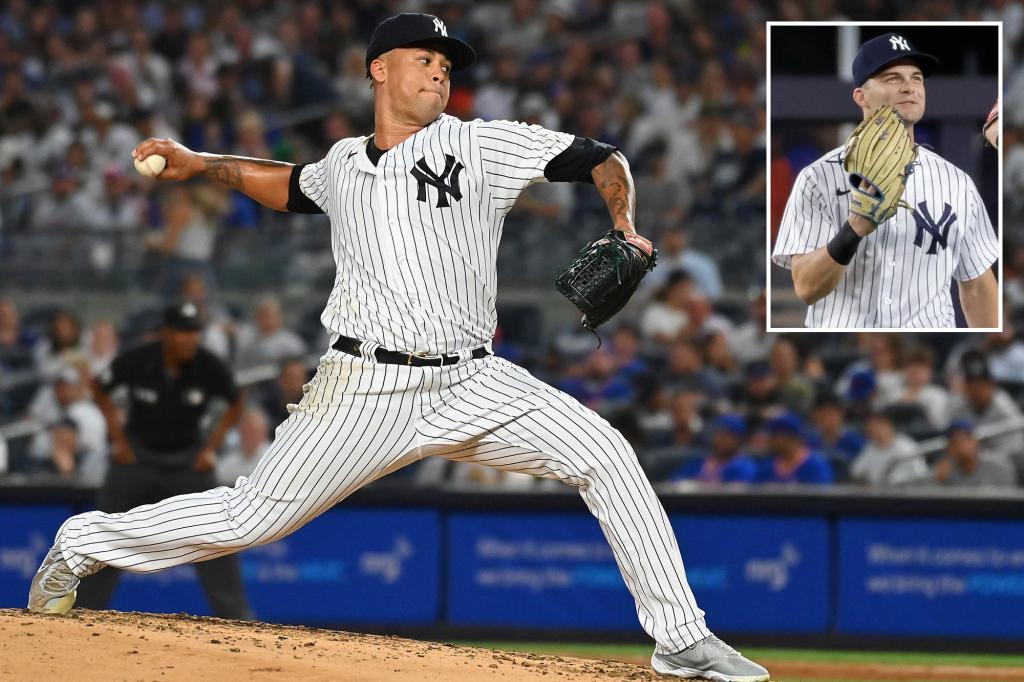 As late as the final week of the 1996 season, the Yankees were still trying to rescind or redo a trade they had made a month earlier with the Brewers, claiming Milwaukee had shipped them damaged goods in both Pat Listach and Graeme Lloyd.

Listach never played for the Yankees. Lloyd had a 17.47 ERA in 13 regular-season games for the ’96 Yanks and there were questions whether he would even be on the postseason roster. But here is the thing — the Yankees probably do not win the championship that year without Lloyd’s October work, such was his lefty-on-lefty excellence.

It is a case study on not jumping to conclusions quickly on transactions. But, really, we can’t help ourselves; more so now than in 1996 with everyone one click away from a hot take.

The Yankees trade-deadline work this season has been receiving the kind of demerits usually saved for the worst student in the class. Jordan Montgomery went to the Cardinals and somehow has become Steve Carlton while Harrison Bader is currently as damaged goods as Listach in 1996. Luis Castillo slipped from their grasp to be the Mariners’ ace. Heck, even Joey Gallo is performing for the Dodgers.

Meanwhile, the initial impressions of the Yankees group was not impressive, coinciding with the team playing like a deadline seller rather than buyer.

But Andrew Bentintendi started hitting well and with a clutch flair about 2 ¹/₂ weeks ago and that continued in both games of the Subway Series. Frankie Montas, after three duds, finally had an encouraging start Tuesday.

That combined with the continued brilliance of Aaron Judge enabled the Yankees to beat the Mets 4-2 and reverse a two-game Subway sweep that the Mets put on them last month at Citi Field. They have, exhale, won three straight, and while they now have to go out West, they do so against the AL-worst A’s and the perpetually awful Angels.

This victory prevented the Rays from moving within seven games of first place, which would have been the Yankees’ smallest lead since they were 41-16 on June 9.

The gloom and doom of weeks of bad play feels like a Judge blast: going, going and if not quite gone, certainly tempered after a month-plus of troubling outcomes.

For the second straight game, Judge homered. This one a 453-foot clout off Taijuan Walker for the game’s first run in the fourth inning. It gave him 48 homers. His nearest challenger is Philadelphia’s Kyle Schwarber, who has 34. The 14-homer gap would be the most anyone has won the MLB homer title by since 1933 when it also was 48-34 — Jimmie Foxx over Babe Ruth.

Judge also drove in a run in the seventh inning not long after Benintendi broke a 2-2 tie with an RBI single in a lefty-lefty matchup versus Joely Rodriguez. It gave Benintendi a third straight two-hit game. It also gave him a .302 average over his last 18 games. He is performing like the professional hitter the Yankees thought they were obtaining from the Royals — the anti-Gallo, able to put bat to ball and not shrink in New York.

“He’s finding his legs now,” Aaron Boone said of Benintendi. “His bat to ball is what we loved about him and it is starting to happen. Yeah, I do enjoy him in a big situation.”

And with nearly 50,000 at Yankee Stadium for a Subway game — huge for the regular season — Montas finally approached the starter the Yankees believed they were acquiring from the A’s. Montas had allowed 14 runs in 14 innings in his first three Yankee starts. And he was in survival mode instantly Tuesday. He had two on in a 27-pitch first and two on and no out in the second. But helped particularly in the second by a terrific double play initiated by Isiah Kiner-Falefa he escaped.

In all, Montas gave the Yankees 5 ²/₃ innings of two-run ball in the kind of environment you could equate to a playoff start — and he ultimately was obtained to work in somewhere behind Gerrit Cole in October.

“I definitely felt the energy, it was amazing,” Montas said. “I thought I threw the ball well, better than I’ve been throwing.”

That made going into the off-day gentler for the Yankees. It is not perfect. Cole is still not locked in. And you get the feeling Boone would use Ron Guidry as a lefty leverage option out of the bullpen before Aroldis Chapman. And Josh Donaldson still is mostly a nonfactor offensively.

But considering the unsettled state of the bullpen, in particular, a three-game winning streak — initiated by 2 ¹/₃ winning innings of relief Sunday out of another deadline acquisition, Lou Trivino — has the Yankees out of a sense of crisis and back toward stability.

That is another winning trade for them.