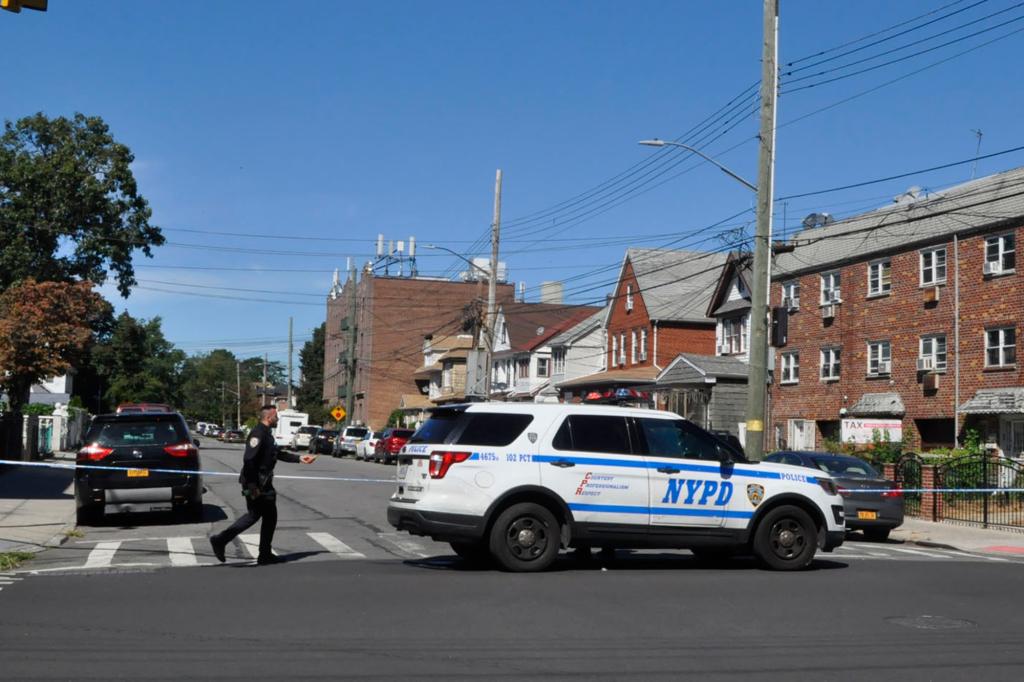 A 31-year-old woman was killed after being “intentionally” mowed down by a hit-and-run driver who may have been fleeing a nearby knife fight, police said.

The death happened after a nasty dispute inside a nearby Queens nightclub, in which four people were slashed, authorities said.

The NYPD was responding to simultaneous 911 calls of a pedestrian struck at 120th Street and 97th Avenue and a large group fighting two blocks away.

Police arrived to find the woman lying in the roadway with massive body trauma. She was later pronounced dead at Jamaica Hospital Medical Center.

Authorities believe the driver of a white sedan believed to have struck the woman was involved in the stabbing, which left one man, 23, stabbed in the torso; another, 32, with a slash wound to the face and two other men, both 40, also cut in the face.

The 40-year-old victims were believed to have been hit by the same white sedan involved in the death of the woman, police said.

Gilbert, 46, an office manager, was awakened from a sound sleep by a man yelling, “Get up! Please get up!” and looked out his window to see first responders trying to revive the woman.

“I could not go back to sleep. I was rolling around in the bed for a while. It was hard,” Gilbert said, adding he saw “chunks of the vehicle’s bumper” in the street.

Johnny, 32, a neighborhood resident and truck driver, is no fan of the Showtime Bar & Lounge.

“It’s always a problem there. There have been shootings, stabbings…There’s always something going on. It’s never the people that live around here. They park their cars, get into beef, walk back to the cars and stuff happens,” he claimed.

“I want it closed. Everybody around here wants it closed,” he continued. “There are kids around here, I have kids…..nothing happens during the day but you never really know.  New York, in general, is getting bad.”

There have been no arrests.

The Showtime Bar could not be immediately reached for comment.