With Biden, Palestinians seeking freedom get permits instead 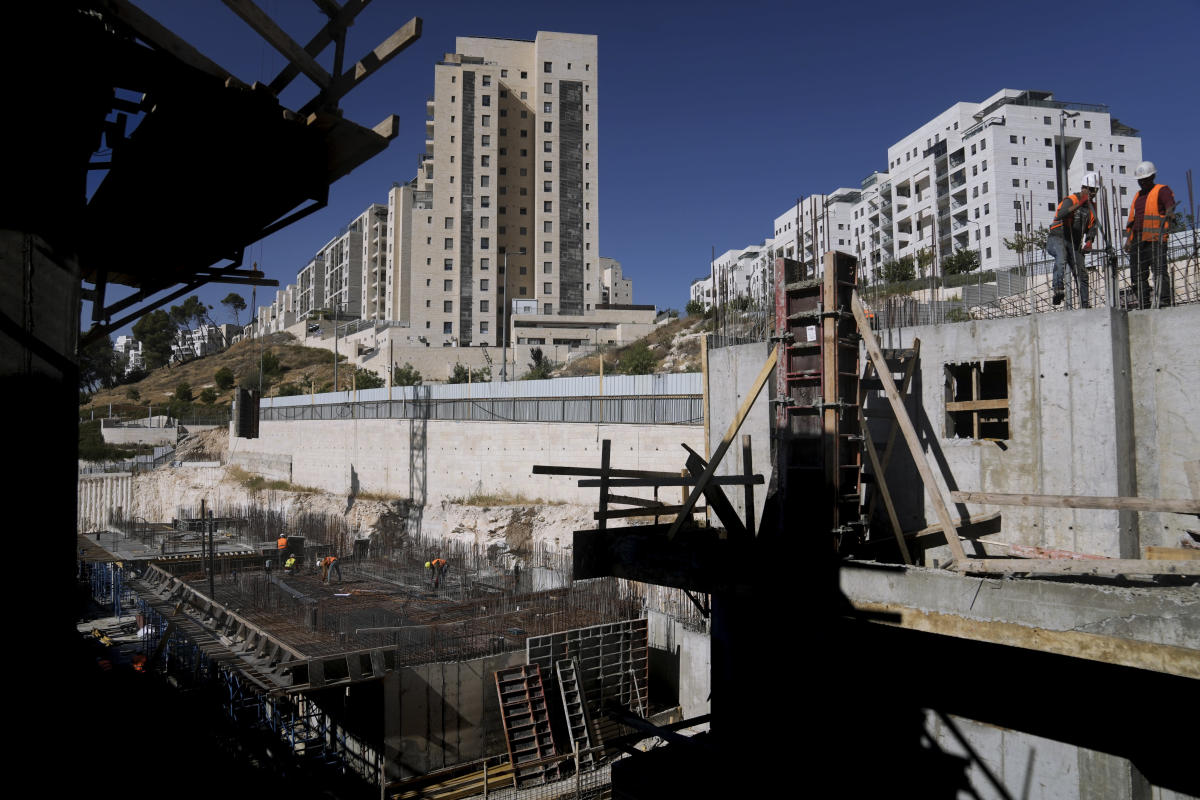 For more than two years, the Biden administration has said that Palestinians are entitled to the same measure of “freedom, security and prosperity” enjoyed by Israelis. Instead, they’ve gotten U.S. aid and permits to work inside Israel and its Jewish settlements.

The inconsistency is likely to come up when President Joe Biden visits Israel and the occupied West Bank this week for the first time since assuming office.

Israeli officials will likely point to the thousands of work permits issued to Palestinians in the West Bank and Gaza, allowing them to make far higher wages and injecting much-needed cash into economies hobbled by Israeli restrictions. Biden will likely tout the tens of millions of dollars in aid to the Palestinians he restored after it was cut off during the Trump years.

Supporters say such economic measures improve the lives of Palestinians and help preserve the possibility of an eventual political solution.

But when Biden is driven past Israel’s towering separation barrier to meet with Palestinians in the West Bank town of Bethlehem, he will hear a very different story — about how Israel is cementing its decades-long military rule over millions of Palestinians, with no end in sight.

“Economic measures do have the potential to positively contribute to making peace, but that would require Israel and the U.S. having a plan to end this 55-year-old military occupation,” said Sam Bahour, a Palestinian-American business consultant based in the West Bank.

Israel’s short-lived coalition government issued 14,000 permits to Palestinians in Gaza, which has been under a crippling blockade since the Islamic militant group Hamas seized power 15 years ago. Israel says the blockade is needed to prevent Hamas from arming itself.

Israel also increased the number of permits issued in the West Bank, where well over 100,000 Palestinians work inside Israel and the settlements, mostly in construction, manufacturing and agriculture. It has even begun allowing small numbers of Palestinian professionals to work in higher-paying jobs in Israel’s booming high-tech sector.

The government billed those and other economic measures as goodwill gestures, even as it approved the construction of thousands of additional settler homes in the occupied West Bank.

The Biden administration has adopted a similar strategy, providing financial assistance to Palestinians but giving Israel no incentive to end the occupation or grant them equal rights. Even its relatively modest plan to reopen a U.S. Consulate in Jerusalem serving Palestinians hit a wall of Israeli opposition.

Ines Abdel Razek, advocacy director at the Palestine Institute for Public Diplomacy, says both the United States and the European Union are “throwing money at the Palestinians” instead of owning up to their complicity in the occupation.

“All Biden is trying to do is maintain a certain quiet and calm, which for Palestinians means entrenched colonization and repression,” she said.

Michael Milshtein, an Israeli analyst who used to advise the military body in charge of civilian affairs in the territories, says the theory of “economic peace” — or promoting economic development in the absence of peace negotiations — goes back decades.

He says it’s making a resurgence because of the prolonged lack of any peace process and the political crisis within Israel, but at best will only bring temporary calm.

“This is the way to preserve stability,” he said. “This is not a way to solve deep political problems.”

For individual Palestinians, the permits are a godsend. Their average wage inside Israel is around $75 a day, twice the rate in the West Bank, according to the World Bank. In Gaza, where unemployment hovers around 50%, tens of thousands lined up for the permits last fall.

But critics say the permits — which Israel can revoke at any time — are yet another tool of control that undermines the development of an independent Palestinian economy.

“Every permit Israel issues to Palestinian workers goes to serve Israel’s economic development and hollows out Palestine’s workforce, so we in the private sector will remain unable to create a different economic reality,” Bahour said.

Even as it issues work permits, Israel is tightening its grip on what’s known as Area C — the 60% of the West Bank under full Israeli control according to interim peace agreements signed in the 1990s. The Palestinian Authority has limited autonomy in an archipelago of cities and towns.

Area C includes most of the West Bank’s open space and natural resources. The World Bank estimates that lifting heavy restrictions on Palestinian access to the area would boost their economy by a third. Israel captured the West Bank in the 1967 Mideast war, and the Palestinians want it to form the main part of their future state.

That’s not on the table.

Israel’s political system is dominated by right-wing parties that view the West Bank as an integral part of Israel. Even if Lapid, who supports a two-state solution, manages to form a government after Nov. 1 elections — which recent polls suggest is unlikely — his coalition would almost certainly rely on some hard-line parties.

It’s often argued that even if economic measures do not lead to a political solution, they still promote stability — but history hasn’t borne that out.

In the 1980s, nearly half of Gaza’s labor force was employed in Israel and workers could travel in and out with ease. Hamas, which opposes Israel’s existence, burst onto the scene in 1987 with the outbreak of the first Palestinian intifada, or uprising against Israeli rule. The second Palestinian uprising, in 2000, also erupted during a period of relative prosperity.

The Gaza permits, the first to be issued since the Hamas takeover, appear to provide a powerful incentive for the militant group to maintain calm, as any rocket fire could cause thousands of people to lose good-paying jobs. Then again, conflict between Israel and Hamas has always come at a staggering cost to Palestinians.

In the West Bank, where far more Palestinians have the coveted permits, a recent wave of violence has brought deadly attacks inside Israel and near-daily military raids.

A recent poll conducted by the Palestinian Center for Policy and Survey Research found that 65% of Palestinians support the so-called confidence-building measures, including the issuing of permits. The survey included 1,270 Palestinians from across the West Bank and Gaza, with a margin of error of 3 percentage points.

But the same poll also found some striking measures of despair: Support for a two-state solution dropped from 40% to 28% in just three months, and 55% of those surveyed support “a return to confrontations and armed intifada.”