Will Eric Adams Release His Taxes? 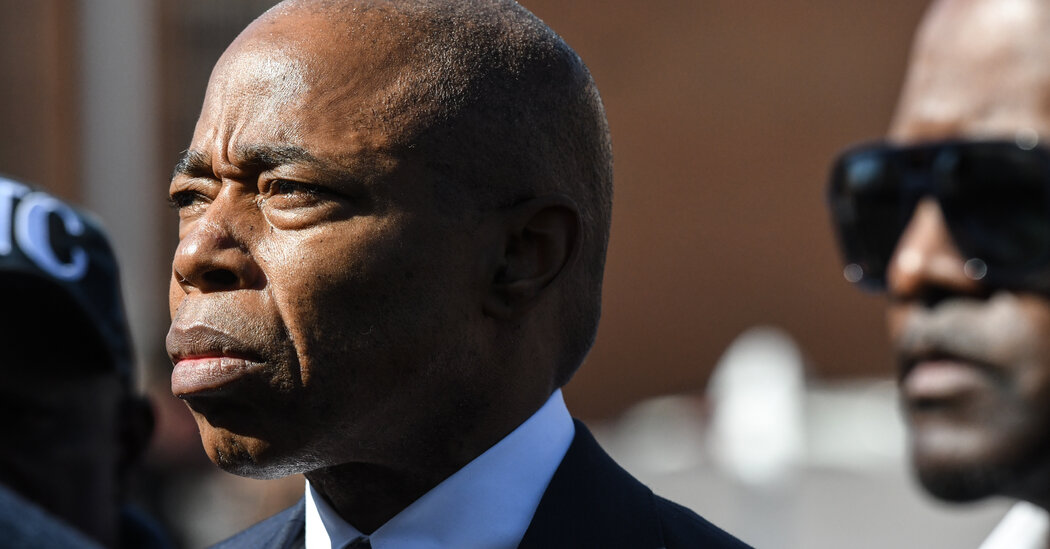 In New York, top elected officials have long followed the custom of releasing their tax returns, revealing their income, real estate holdings and charitable donations to the public.

Mayor Eric Adams, however, appeared to be no fan of that particular tradition. So when the tax deadline came and went on Monday, the mayor released nothing.

When asked twice last week if he would commit to releasing his returns, Mr. Adams demurred — drawing criticism from watchdog groups and resurrecting accountability issues that surfaced during the mayoral campaign over his finances and residency.

But now the mayor has apparently had a change of heart. His spokesman, Fabien Levy, said on Tuesday that Mr. Adams would indeed release his tax information — just not anytime soon.

Mr. Adams filed for an extension on filing his taxes after testing positive for the coronavirus on April 10, Mr. Levy said. The mayor paid his estimated taxes on Monday, Mr. Levy said; the extension would give Mr. Adams until Oct. 15 to file.

Mr. Adams, a former Brooklyn borough president and state senator, released amended tax returns during the mayoral campaign last year after it became clear that he had failed to report rental income on his initial return.

He blamed some of the issues with his taxes on his accountant, Clarence Harley, who Mr. Adams said had lost his home and was living in a shelter. Mr. Adams told The City last year that he took responsibility for keeping him as his accountant.

“I was not going to throw him away when he was down on his luck,” Mr. Adams said.

Mr. Adams has a new accountant, Edgar James, whose office is listed at an address on Court Street near Brooklyn Borough Hall, Mr. Levy said.

“He will make his tax information public at a later date,” Mr. Levy said in a statement.

It is a longstanding ritual for New York City mayors to release their tax returns — or at least a summary — and the last five mayors have done so. Gov. Kathy Hochul released her tax returns on Friday, showing that she and her husband, William J. Hochul Jr., reported more than $900,000 in income last year.

There is no legal requirement for elected officials to provide their returns, but mayors have embraced the practice in a nod to transparency. Mr. Adams’s predecessor, Bill de Blasio, released his tax returns that showed rental income on his duplex in Park Slope. Michael R. Bloomberg, a billionaire, made heavily edited portions of his returns available at his accountant’s office, including details about his 12 residences. Rudolph W. Giuliani released his tax returns, as did David N. Dinkins and Edward I. Koch.

President Donald J. Trump famously did not release his tax returns and was the first major-party presidential nominee in more than 40 years not to do so. Every president since Jimmy Carter has also voluntarily released his returns.

Yet Mr. Adams, a Democrat who took office in January, was circumspect on Friday when reporters asked if he would release his returns. Mr. Adams said he would comply with “whatever rules are in place” and referred to annual disclosures that are required by the city’s Conflicts of Interest Board in May.

When a reporter asked if he could get a firm commitment from the mayor, Mr. Adams replied: “No, you can’t.”

Susan Lerner, executive director of Common Cause New York, a watchdog group, said Mr. Adams never should have hesitated in deciding to release his tax returns.

“This is not a gotcha question from the press — this is the sort of thing that real people on the street pay attention to,” she said. “The mayor shouldn’t be playing cat and mouse with something that should be an obvious transparency measure.”

Questions about Mr. Adams’s residency led to one of the more bizarre moments of the mayoral campaign, when he gave a media tour of his apartment in the Bedford-Stuyvesant area of Brooklyn that he said was his primary residency. Journalists inspected his refrigerator and his son’s shoe collection.

Mr. Adams also co-owned a co-op in Fort Lee, N.J., with his partner, Tracey Collins, who lived there, and often spent time there and stayed overnight at Brooklyn Borough Hall, raising questions over where he truly lived. After taking office as mayor, Mr. Adams said he moved into Gracie Mansion, the mayoral residence in Manhattan, though Mr. Adams said last month that he was only using one room in the dwelling.

John Kaehny, executive director of the watchdog group Reinvent Albany, said that he believed that having mayors voluntarily provide redacted versions of their tax returns was less important than the official disclosures required for elected officials by the Conflicts of Interest Board.

“I think a lot of it has been transparency theatrics,” he said. “If it really matters to the public, then let’s mandate it.”