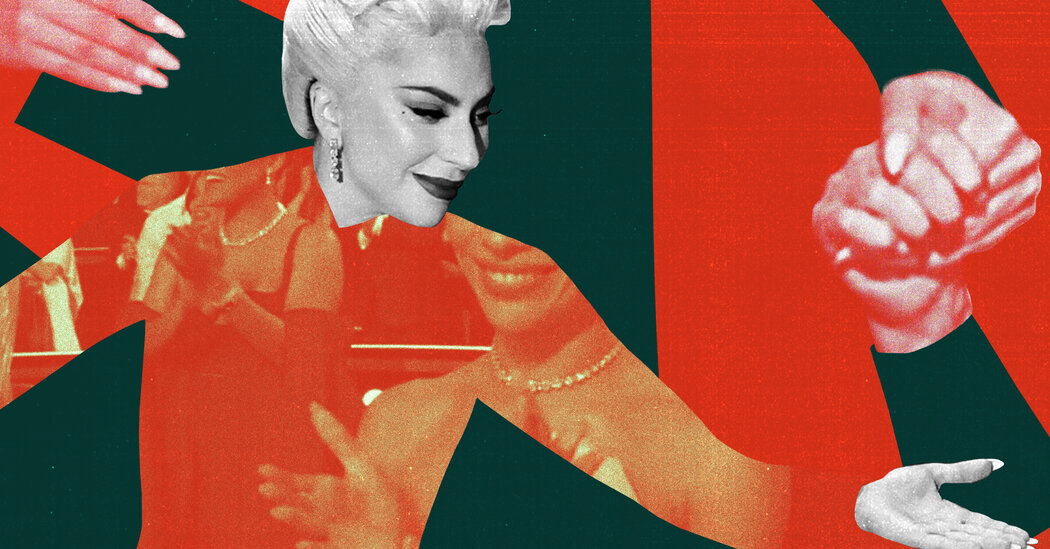 The moment recalled another interaction, just a week earlier, at the Academy Awards. That entire evening has been overshadowed by a single event, but even when that gossip was fresh, some attention still lingered on a surprise appearance by Liza Minnelli, who presented the award for Best Picture alongside Lady Gaga. They, too, simply materialized at the side of the stage. Minnelli was using a wheelchair, and as their own standing ovation ebbed, Gaga said: “You see that? The public, they love you.”

“Oh, yes, but what am I — I don’t understand,” Minnelli responded brightly, her hands trembling as she shuffled through the cards she was meant to read. “I got it,” Gaga said. She took Minnelli’s hand, lauding her as “a true show business legend” and recognizing the 50th anniversary of “Cabaret,” for which Minnelli won Best Actress. When it was time for Minnelli to speak again, she seemed to falter at the task of introducing nominees. Again, Gaga leaned over: “I got you,” she whispered, her voice audible over the telecast even as the camera cut away. “I know,” Minnelli responded.

I wasn’t the only one to feel moved by these small acts of care, aimed at quietly helping an older person through a potentially overwhelming experience. Each moment was widely praised on social media. A columnist for The Colorado Sun wrote that Gaga’s behavior “turned me to a puddle,” while a writer for The Cut called it “profoundly moving.” The sheer vigor of people’s approval might say something about how rare it is to see ordinary gestures of support in contexts like awards shows, which tend to be stiff, scripted and spotlit, always highlighting the confidently glamorous and the glamorously confident. These casual gestures of assistance would be unremarkable if you saw them in daily life. And yet they took on, in these otherwise plasticine habitats, a special dramatic weight.

To watch Minnelli is to marvel at the genuine artistry that still might bloom from an impossibly screwed-up entertainment industry.

Awards shows are a natural setting for honoring aging legends; this is why lifetime-achievement awards exist. Still, America retains a broad uneasiness with the blunt realities of getting older. Our most sprightly legends — the Jane Fondas, Warren Beattys and, until recently, Betty Whites — are invited onstage and praised for how great they look, but the actual frailty that accompanies aging tends to be hidden. Ailing celebrities often disappear from public life; only after they die do we learn about their health challenges.