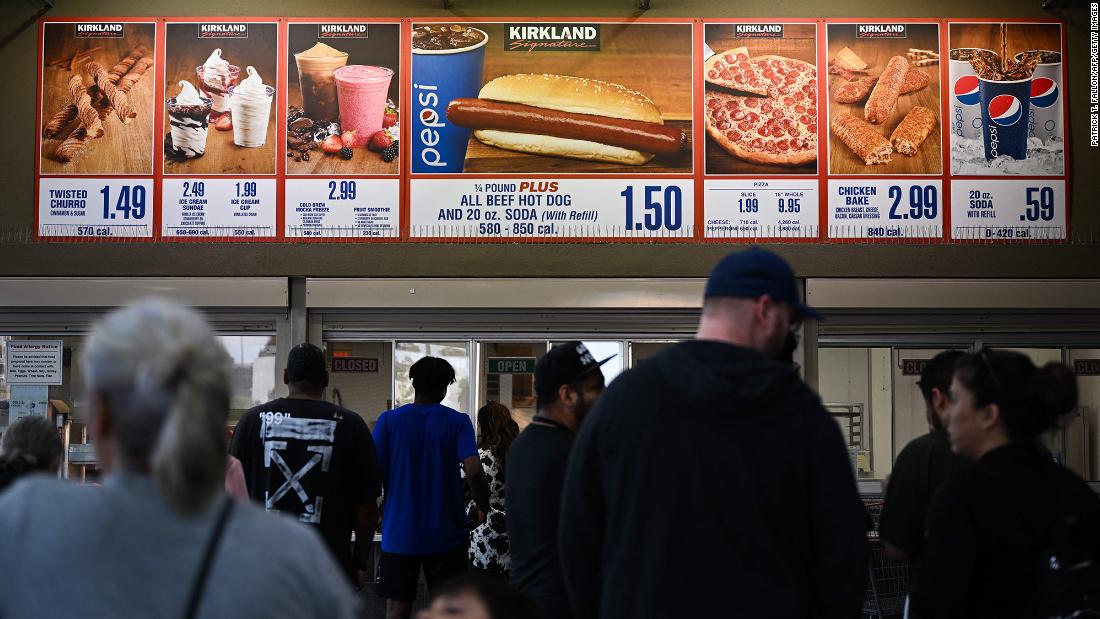 However, there are still a few things that cost the same as always.

The signature 23-ounce can of Arizona iced tea still costs 99 cents, the same price it has been since its debut 30 years ago.

The family-owned company sells about 1 billion of the 99-cent Big AZ Can, as it’s called internally, each year, the Los Angeles Times reported in April.

“I’m committed to that 99-cent price — when things go against you, you tighten your belt,” Don Vultaggio, the company’s 70-year-old founder, told the newspaper. His reasoning: raising prices and losing customers as a result just isn’t worth the short-term profit.

Arizona — which started in Brooklyn — keeps costs down by spending less on marketing than other beverage brands and makes most of its profit by selling higher-priced fruit drinks, energy drinks, bottled teas, snacks, hard seltzer and other products.

Costco’s hot dog-soda deal at its food courts has cost $1.50 since it was introduced in the mid-1980s.

The hot dog offering was born in the company’s early days. Costco added a Hebrew National stand at its second warehouse store in Portland, Oregon, shortly after it opened in 1983.

To keep the price of the hot dog steady, Costco has found ways to slash other costs at the food court, such as switching from 12-ounce soda cans to cheaper, 20-ounce fountain drinks.

Costco (COST) sold kosher hot dogs at its food courts until 2009, but suppliers started to run low on meat. So the chain brought production in-house and switched to its own Kirkland Signature-brand hot dogs. Costco now produces around 285 million hot dogs at its plant in California.
Jim Sinegal, Costco’s co-founder, once told the company’s current CEO, Craig Jelinek, “If you raise the effing hot dog, I will kill you. Figure it out.”
“I know it sounds crazy making a big deal about a hot dog, but we spend a lot of time on it,” Sinegal told the Seattle Times in 2009. “We’re known for that hot dog. That’s something you don’t mess with.”

There’s a strategy behind these stores’ decision to keep those prices steady.

The rotisserie chicken is a prized item for supermarkets because it pulls customers into stores. Typically, customers will shop around and buy more than just a chicken when they visit. That’s why retailers want to stay competitive on rotisserie chicken prices and are willing to lose money selling them even as production costs rise.

Although BJ’s production costs for rotisserie chickens have surged, the company has held prices firm because it’s “such a meaningful thing to our members,” CEO Bob Eddy said on an earnings call in May.

However, the lengths Costco has gone to keep its chickens $4.99 is under scrutiny.

The retailer is facing a lawsuit from two shareholders claiming Costco and its top executives allow for the mistreatment of chickens in violation of animal welfare laws.