Who Will Take Over as Prime Minister? 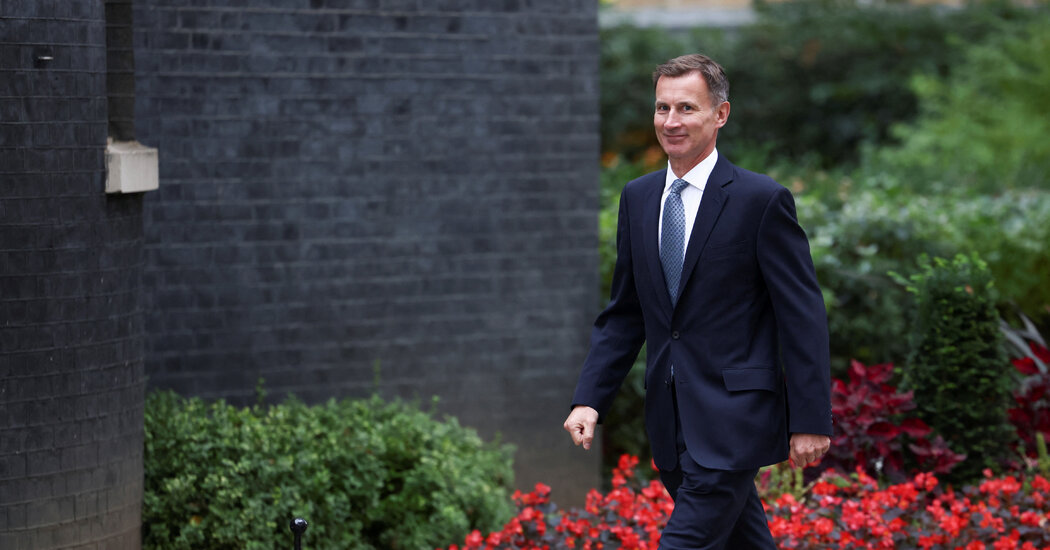 With Boris Johnson poised to step down as the leader of the Conservative Party, the spotlight is on who might succeed him as prime minister.

There will likely be a number of potential candidates for the top job, but here are some of the people considered favorites to take over the party leadership.

Jeremy Hunt, the former foreign secretary whom Mr. Johnson defeated in the last party leadership contest, is the bookmakers’ favorite for the top job. After losing the 2019 leadership contest, he moved to the party’s backbenches but has continued to be an influential member.

Mr. Hunt has chaired the Health and Social Care Select Committee since January 2020. Throughout the pandemic, he has been a vocal critic of the government’s approach to Covid-19. Mr. Hunt initially opposed Brexit in a pivotal 2016 referendum, but in the years since has come out in support of it. His public gaffes have hurt him in the past, including when he accidentally described his Chinese wife as Japanese.

Rishi Sunak, the former chancellor of the Exchequer whose resignation on Tuesday dealt a heavy blow to Mr. Johnson, has long been seen as a potential party leader, even though his reputation has been tarnished by recent controversies.

He was injured politically this year when it became public that his wealthy wife had avoided paying taxes by claiming a special status and that he himself had continued to hold a U.S. green card, allowing him to live and work in the United States, for months after he became Britain’s top financial officer. He was also fined for breaching coronavirus lockdown regulations after he briefly attended a birthday celebration for Mr. Johnson at 10 Downing Street in 2020.

Still, Mr. Sunak’s air of competence and his role in delivering aid packages for businesses and individuals during the pandemic have made him popular with the party and with voters.

Liz Truss, the foreign secretary who was appointed by Mr. Johnson last year, is seen as a rising political star. She held positions under Prime Ministers David Cameron and Theresa May, and drew comparisons to Margaret Thatcher after posting photos from a trip to Russia last year.

Ms. Truss is the first female foreign secretary for a Conservative government, and her championing of sanctions against Russian oligarchs at the start of the war in Ukraine were cheered by the public. But she also expressed strong support for Mr. Johnson after the departure of two of his cabinet ministers on Tuesday, so it remains to be seen whether that loyalty might wound her politically.

Nadhim Zahawi, who was appointed as the chancellor of the Exchequer hours after Rishi Sunak’s resignation, has risen through the ranks of the Conservative Party over the last decade and is seen as a strong contender to lead the party. He had stood by Mr. Johnson but made it clear on Wednesday that his main focus was public service to the country. And on Thursday morning, he revealed that he and a number of colleagues had attempted to convince Mr. Johnson to step down, and, when Mr. Johnson decided not to do that, he urged the prime minister to “go now.”

Mr. Zahawi, 55, was previously the education secretary and served as the vaccines minister during the height of the pandemic. He was born in Iraq in 1967 and emigrated to Britain with his family in the 1970s when Saddam Hussein came to power. He has spoken often about how Britain has given him and his family “everything” and how he feels a duty to serve the nation.

Sajid Javid, the former health secretary whose departure on Tuesday alongside Mr. Sunak helped set off the avalanche of government resignations, is also seen as a contender for the top job. Mr. Javid has held a number of cabinet positions under both Mr. Johnson and his predecessors Mrs. May and Mr. Cameron.

Mr. Javid is the son of Pakistani immigrants whose parents arrived in Britain in the 1960s. He became the first Black, Asian or ethnic minority person to hold the post of home secretary when he was appointed to that role in 2018. His father was a bus driver, and, unlike many of his fellow Conservative lawmakers, he came from a modest background to rise to the highest ranks of government.

Britain’s attorney general, Suella Braverman, on Wednesday called for Mr. Johnson to step down and said she planned to stand for election to replace him if he did.

“If there is a leadership contest, I will put my name into the ring,” she told ITV news network, adding, “It would be the greatest honor.”

Ms. Braverman had previously called for Mr. Johnson to resign, but she did not quit her role in the government although she said she did not support Mr. Johnson. She was appointed as attorney general in February 2020 and became a lawmaker five years earlier. After becoming a lawyer in 2005, she defended the Home Office in immigration cases.