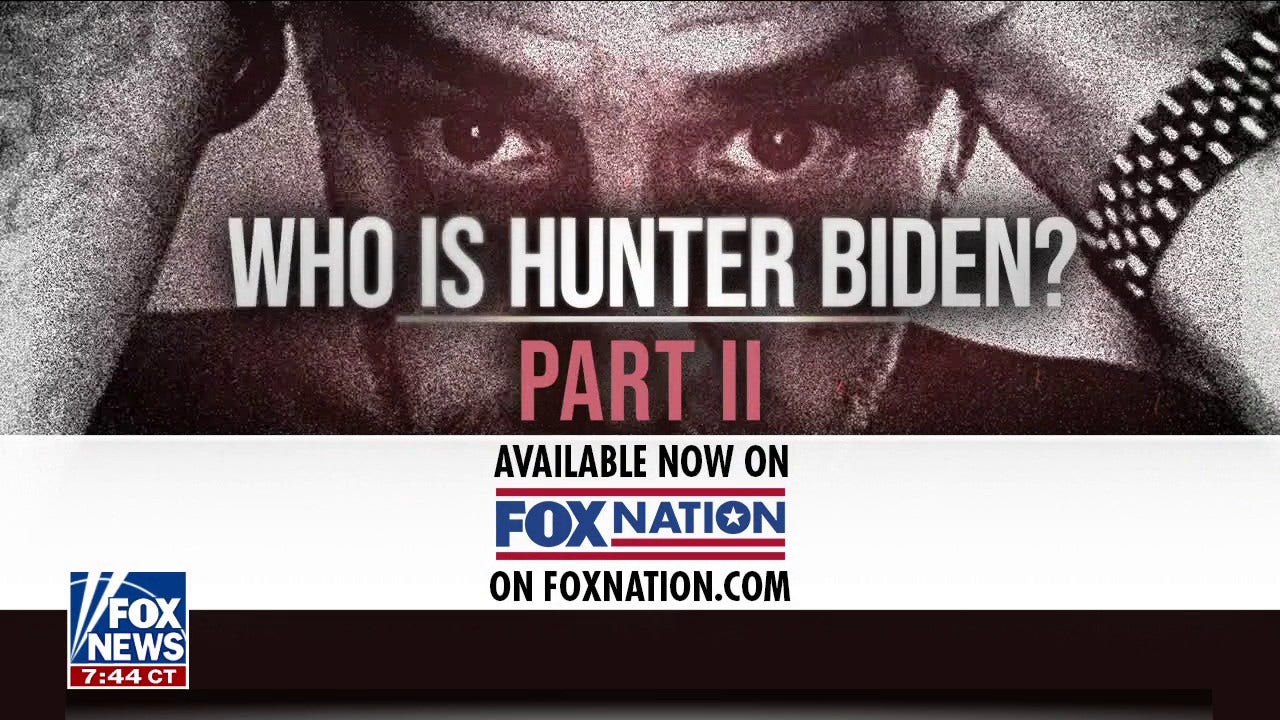 The controversy surrounding Hunter Biden began when his infamous laptop came under scrutiny in 2020, and mainstream outlets and social media giants rushed to defend his name against alleged “Russian disinformation,” but Fox Nation continues to dig deeper into the life of President Biden’s son, exploring the scandals that created such a controversial figure.

Judge Jeanine Pirro takes viewers through Hunter Biden’s “family man” persona in “Who Is Hunter Biden Part II,” delving into his relationships with other members of the Biden family, including leaked laptop info that suggests a chilly reception of stepmother and current First Lady Jill Biden.

The episode also explores Hunter’s relationship with sister Ashley Biden, whose message records with her brother indicate she cared significantly for him, and digs deep into his relationship with ex-wife Kathleen Buhle, who recently published a memoir entitled “If We Break.”

WHO IS HUNTER BIDEN? JUDGE JEANINE PIRRO DIVES INTO THE SAD BACKSTORY OF THE PRESIDENT’S SON

NBC News authenticated the contents of Hunter Biden’s laptop on May 19.
(Photo by BRENDAN SMIALOWSKI/AFP via Getty Images)

The demons weighing on Buhle and Biden’s relationship grow apparent, with drug and alcohol addiction and romantic affairs intervening, including one instance in which Hunter cheated on Buhle with brother Beau Biden’s widow Hallie.

“The extent to which Hunter deceived Kathleen is mind-boggling,” said “The Laptop from Hell” author Miranda Devine.

“It’s really sad when you see – side-by side – Kathleen’s emails and letters to him pleading for him to get clean and come back to the family.”

The episode also delves into Hunter’s secret life away from home, a life full of drug escapades and, bringing in excerpts from Buhle’s new memoir, explores his family’s reactions to his battles with addiction.

“You’ve got to watch it. It’s too much,” said Judge Pirro, previewing the four-part show on “Fox & Friends.”