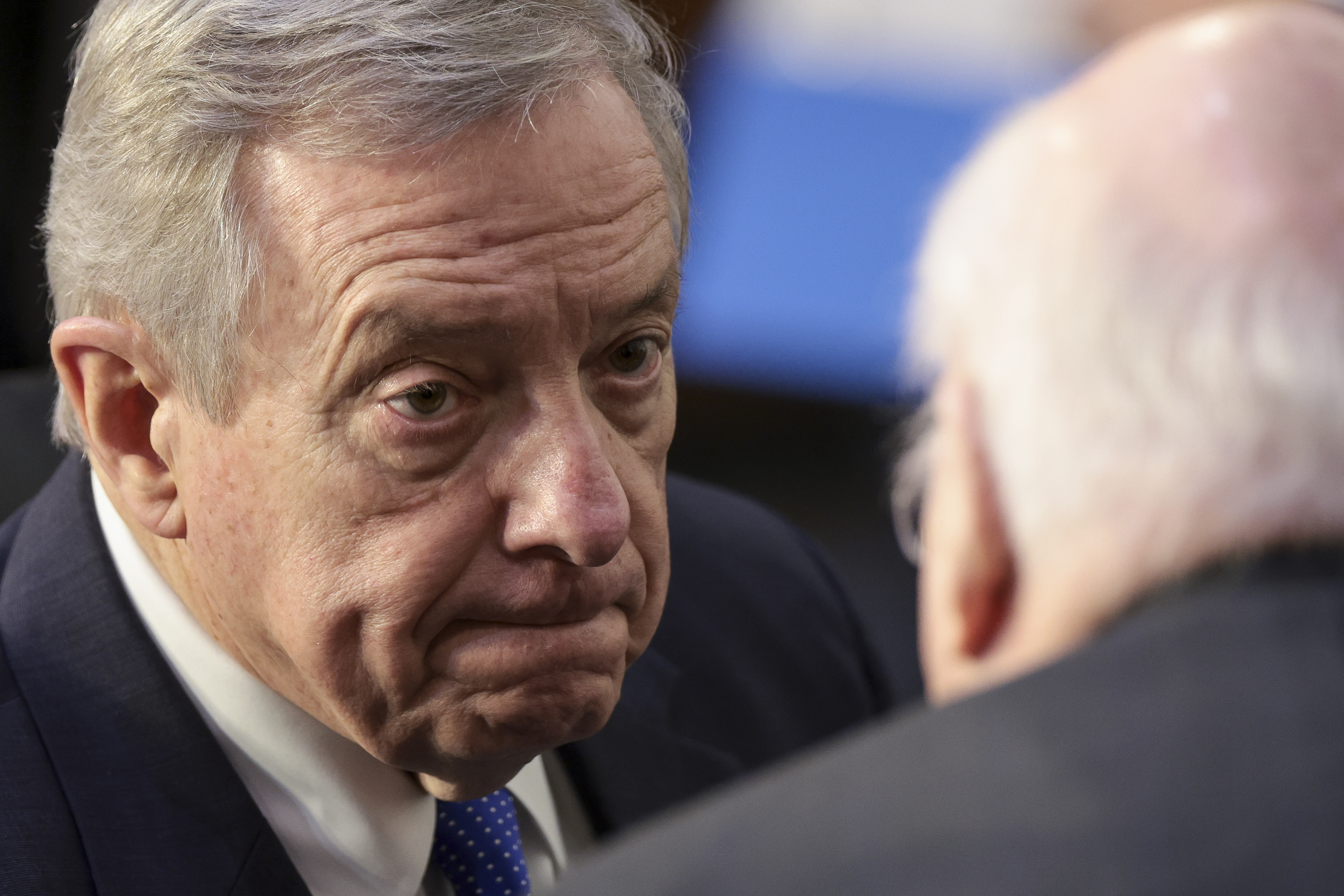 In the meantime, Democratic leaders are caught in a bind, acknowledging that they’ll have to give Republicans a vote on Title 42 if the GOP follows through on its vow to block any pairing of Ukraine aid and Covid funding.

“Considering them together makes good sense. And I’d really regret that my Republican colleagues would try to mire them down with extraneous and irrelevant immigration issues,” Sen. Richard Blumenthal (D-Conn.) said. “There’s bipartisan support for both. If they want to play political games with either Ukraine or Covid, that’s a really unfortunate decision.”

In the near term, many Democrats appear willing to dare Republicans to vote down a bill that includes the much-needed Ukraine military assistance. When asked about GOP threats to torpedo a Ukraine-Covid bill without immigration amendments, Senate Foreign Relations Chair Bob Menendez (D-N.J.) quipped: “Republicans can vote against Ukraine.”

The White House, which is expected to unveil its Ukraine aid request as early as Thursday, views both packages as top priorities but is under increasing pressure, both privately and publicly, from Democrats who are uneasy about the administration’s plan to scrap Title 42. Biden administration officials have been trying to assuage wobbly Democrats, but there’s real fear in the party that an amendment to keep the migration restrictions in place will win enough votes from the president’s side to pass.

And even though some Republicans have indicated they would support legislation that includes new Ukraine money, funding for Covid vaccines and therapeutics and a provision to keep Title 42 in place, that plan’s fate is uncertain in the House. There, the Congressional Progressive Caucus and Hispanic Caucus are signaling members would oppose a package that includes GOP language to enshrine the border curbs.

Democrats’ decision on how to tee up their various priorities will need to factor in the increasingly tricky math in the lower chamber. Together, those two groups represent more than 100 House Democrats. While it’s still unclear exactly how many Progressive and Hispanic Caucus members would be willing to block a bill over immigration if it actually came to the floor, it could seriously complicate party leaders’ plans to merge the Ukraine and pandemic relief.

House Democratic leaders have privately acknowledged to members that more Covid aid would likely need to be attached to another must-pass bill in order to get it through the Senate, though there’s been no specific push to combine them. The House won’t address either issue until at least May 10, when lawmakers return after a week-long recess for Ramadan.

In the midst of that uncertainty, Pentagon officials are warning that Biden has almost exhausted a key supply of money that provides weapons to Ukraine. As part of its new aid request, the White House is expected to seek even more power to quickly transfer those weapons and equipment to Ukraine from U.S. inventories, known as drawdown authority, after shipping billions of dollars worth of supplies since Russia’s invasion.

Lawmakers provided $3 billion in drawdown authority to ship weapons to Ukraine as part of a government funding deal struck in March. The Pentagon’s top budget official, Mike McCord, warned lawmakers on Wednesday that the fund could be depleted as soon as this week.