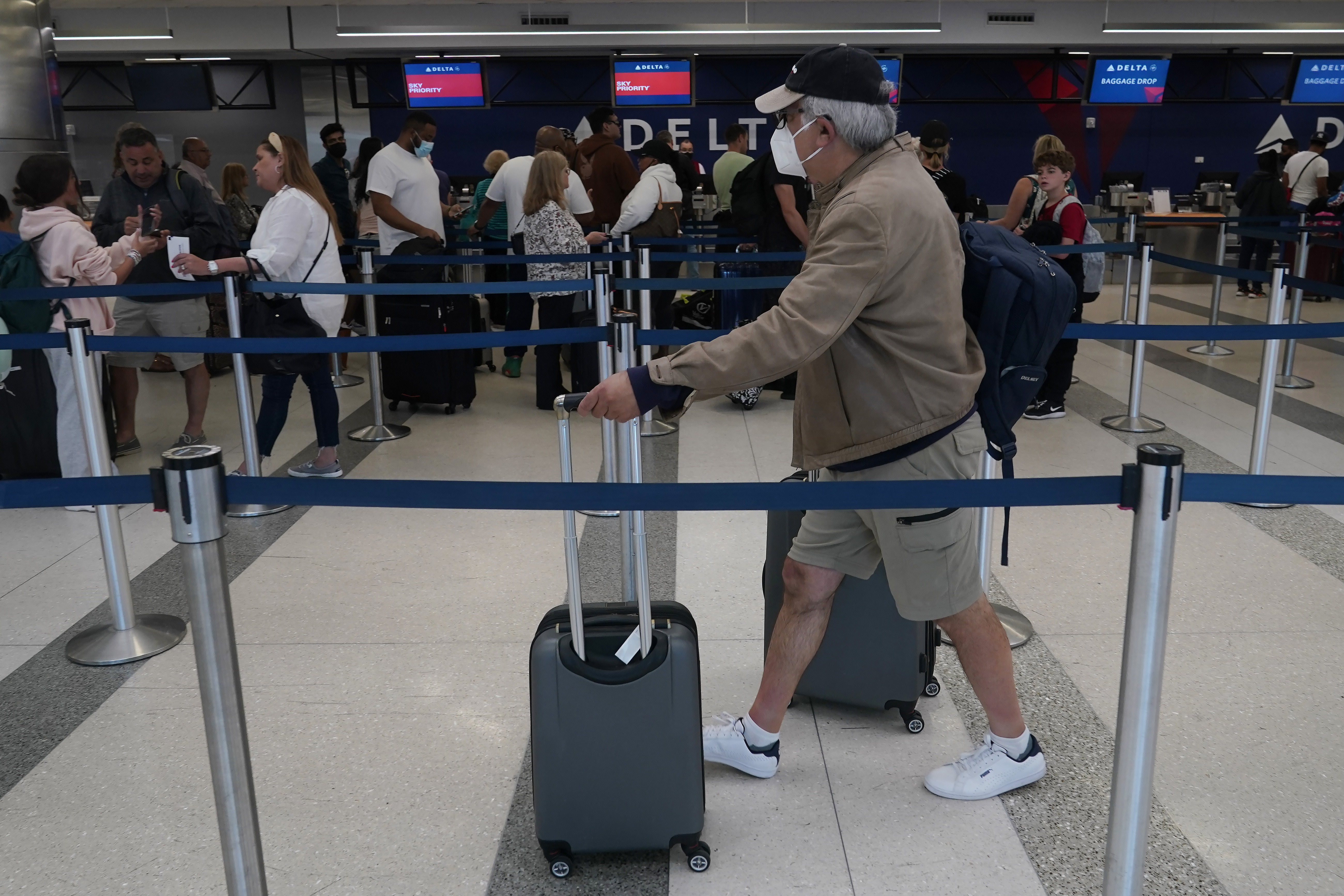 The latest mask mandate for travel was extended by two weeks to May 3, to give the CDC time to evaluate impacts related to hospitalizations, deaths and hospital capacity in the face of a surging new Omicron subvariant. But a decision Monday by a Florida federal judge, an appointee of Donald Trump, to nullify the mandate threw a monkey wrench into those plans, sending travelers — and airline employees — scrambling for how to respond.

Sara Nelson, president of the Association of Flight Attendants-CWA, in a Tuesday appearance on MSNBC roasted the airline industry for the sudden way the mandate was dropped, calling it a “real misstep” and “failed leadership.”

“I’m really disheartened to see that because we should never be taking off with one set of rules with people in a confined space and changing the rules on them mid-flight,” even though she said many air crew applauded the change because it means no longer having to enforce the requirement.

Referencing the sudden announcement to drop enforcement, which some crews got mid-fight, Nelson said she is “very angry with the airlines for setting up both the pilots and the flight attendants … that never should have happened.”

“The reason that that happened was because messages were being sent to the flight deck saying that the mask mandate had been struck down, that it’s no longer in effect on Jet Blue or Delta, or whatever the airline had been. And that was a real misstep. And I think real failed leadership from the airlines,” she said.

The airline industry in recent months has pushed to drop the mask mandate, as well as pre-departure testing for international travelers coming to the U.S., saying these “out-dated” policies are hurting travel when sophisticated air filtration systems on board aircraft already help clear airborne particles. Airlines for America, the trade group representing major U.S. carriers, made a last-ditch effort earlier this month petitioning the administration to remove the restrictions before officials imposed yet another extension.

“It is very difficult to understand why masks are still required on airplanes, but not needed in crowded bars and restaurants; in packed sports arenas; in schools full of children; or at large indoor political gatherings,” A4A President Nicholas Calio said in a letter addressed to the CDC and Department of Health and Human Services.

“Simply put, an extension of the mask mandate does not make sense,” Calio said.

Psaki said the White House will follow guidance from the DOJ and CDC about next steps. But even if the DOJ pursues an expedited appeal, the process could still take weeks, likely putting the timetable well beyond the original May 3 expiration of the CDC’s latest mask extension.

Myah Ward contributed to this report.

Manchin: Biden Loan Plan Seems to Wipe out Inflation Act, ‘I Cannot Answer’ Why We’re Penalizing Those Who Paid off Loans

Poll: Most GOP Voters Say U.S. Is ‘Worse Off’ with Current Immigration Inflow

Manchin: Biden Loan Plan Seems to Wipe out Inflation Act, ‘I Cannot Answer’ Why We’re Penalizing Those Who Paid off Loans

Poll: Most GOP Voters Say U.S. Is ‘Worse Off’ with Current Immigration Inflow