White House: To help salmon, dams may need to be removed 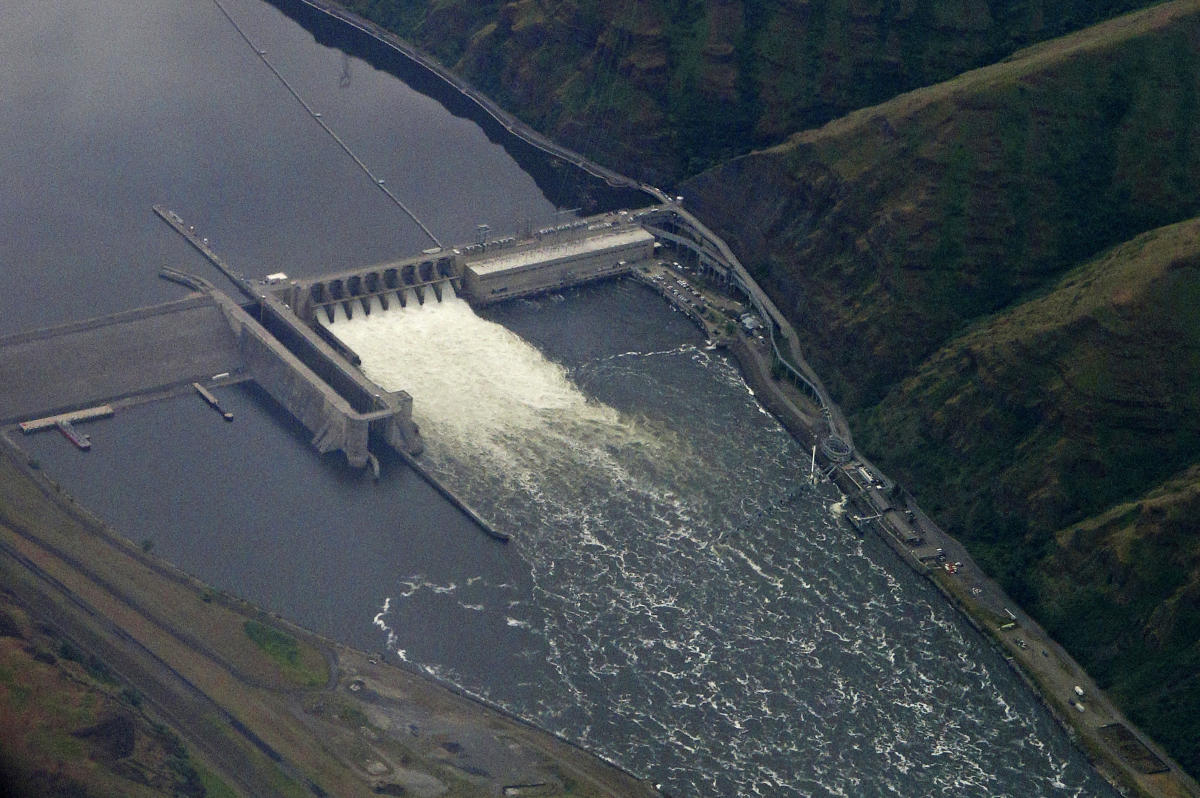 SPOKANE, Wash. (AP) — The Biden administration on Tuesday released two reports arguing that removing dams on the lower Snake River may be needed to restore salmon runs to historic levels, and that replacing the energy created by the dams is possible but will cost $11 billion to $19 billion.

The reports were released by the White House Council on Environmental Quality.

“Business as usual will not restore salmon,” said Brenda Mallory, chair of the council. “The Columbia River system is the lifeblood of the Pacific Northwest.”

Many salmon runs continue to decline, which environmentalists blame on dams, Mallory said, and her office is leading multi-agency efforts to restore “abundant runs of salmon to the Columbia River Basin.”

Mallory cautioned that the Biden administration is not endorsing any single long-term solution, including breaching the dams.

On Tuesday, a draft report by scientists at the National Oceanic and Atmospheric Administration found changes are needed to restore salmon, ranging from removal of one to four dams on the lower Snake River to reintroduction of salmon to areas entirely blocked by dams. A second report studied how power supplies could be replaced if dams are breached.

“These two reports add to the picture — that we are working alongside regional leaders to develop — of what it will take over the decades ahead to restore salmon populations, honor our commitments to Tribal Nations, deliver clean power and meet the many needs of stakeholders across the region,” Mallory said.

More than a dozen runs of salmon and steelhead are at risk of extinction in the Columbia and Snake rivers.

Billions of dollars have been spent on salmon and steelhead recovery, but the fish continue to decline, speakers said, and it is time to try a different approach. Dam breaching is opposed by grain shippers, irrigators, power producers and other river users. Dam supporters blame declining salmon runs on other factors, such as changing ocean conditions.

“We need to go to larger-scale actions,” NOAA scientist Chris Jordan said in a briefing on the report Monday.

“We are at a crucial moment for salmon and steelhead in the Columbia River Basin when we’re seeing the impacts of climate change on top of other stressors,” said Janet Coit, an administrator for NOAA Fisheries.

The issue has percolated in the Northwest for three decades, sparking court fights and political debates over the future of the four dams on the Snake River that environmentalists blame for the decline in salmon and steelhead.

U.S. Rep. Mike Simpson, R-Idaho, kicked off the latest round of debates in 2021, when he released a plan saying it would cost $34 billion to remove and replace the dams’ services in order to save salmon. U.S. Sen. Patty Murray and Washington Gov. Jay Inslee, both Democrats, are also preparing a report, with their recommendations expected later this summer.

Last month, Murray and Inslee announced that replacing the benefits provided by the four giant hydroelectric dams on the lower Snake River in Washington state would cost $10.3 billion to $27.2 billion.

Breaching the dams would significantly improve the ability of salmon and steelhead to swim from their inland spawning grounds to the Pacific Ocean, where they spend most of their lives, and then back to their original spawning grounds to procreate and die, Murray and Inslee said.

Major benefits of the dams include making the Snake River navigable up to Lewiston, Idaho, allowing barges to carry wheat and other crops to ocean ports. Eliminating the dams would require truck and rail transportation improvements to move crops.

The dams have many supporters, including two GOP members of Congress representing eastern Washington state. The dams are also supported by barge companies, farmers and other business interests. Breaching them would require an act of Congress.

Republican U.S. Reps. Dan Newhouse and Cathy McMorris Rodgers of eastern Washington have introduced a bill to protect the dams, which are located in their districts.

In the late 1800s, up to 16 million salmon and steelhead returned to the Columbia River Basin every year to spawn. Over the next century and a half, overfishing whittled that number down. By the early 1950s, just under 130,000 Chinook were returning to the Snake River.

Construction of the first dam on the lower river, Ice Harbor, began in 1955. Lower Monumental followed in 1969, Little Goose in 1970, and Lower Granite in 1975. The dams stretch from Pasco, Washington, to near Pullman, Washington, and stand between migrating salmon and 5,500 miles (8,850 kilometers) of spawning habitat in central Idaho.

The dams have fish ladders, but too many of the salmon die as they swim through the dams and across slack water reservoirs on their migrations.

In 1991, Snake River salmon and steelhead were listed as endangered species, requiring production of a federal recovery plan. Over the next three decades, environmental organizations sued the federal government six times, arguing that the recovery plan was inadequate.

The U.S. government has spent more than $17 billion trying to recover Snake River salmon, through improvements to fish ladders and other measures, with little to show for it.