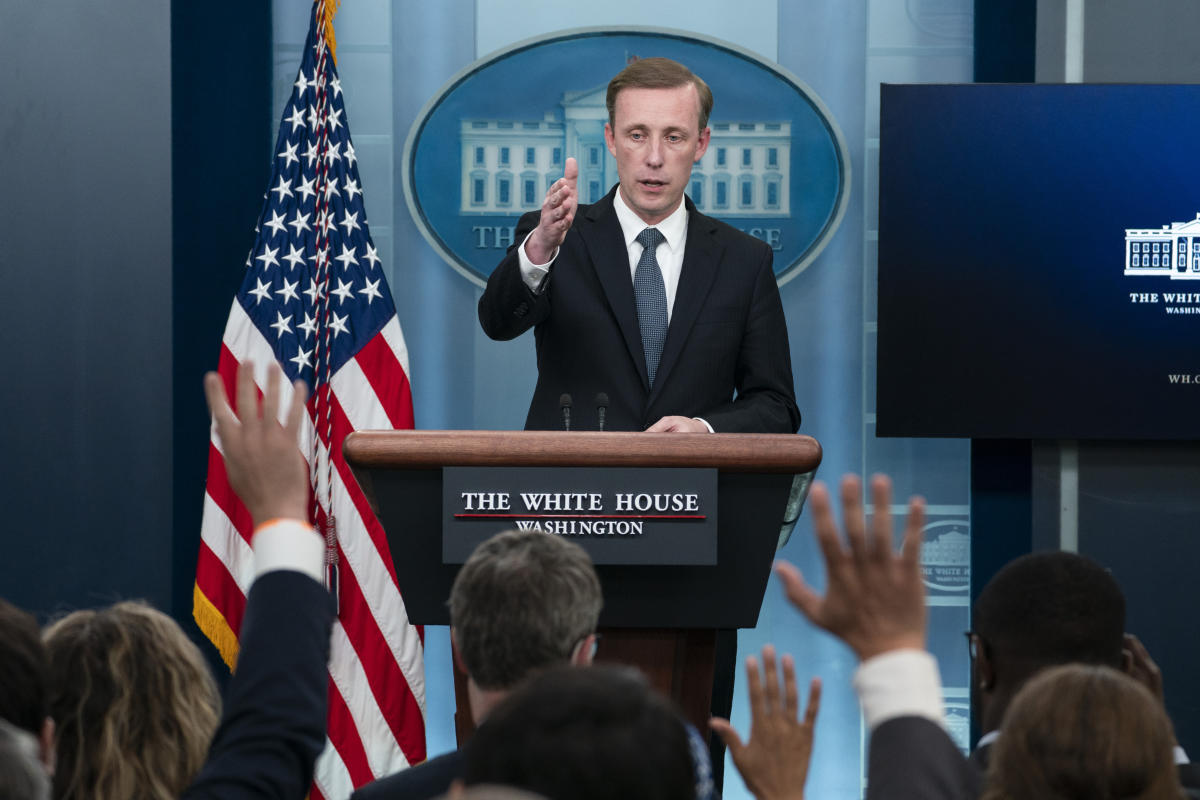 WASHINGTON (AP) — The White House on Monday said it believes Russia is turning to Iran to provide it with “hundreds” of unmanned aerial vehicles, including weapons-capable drones, for use in its ongoing invasion of Ukraine.

U.S. National Security Adviser Jake Sullivan said it was unclear whether Iran had already provided any of the unmanned systems to Russia, but said the U.S. has “information” that indicates Iran is preparing to train Russian forces to use them as soon as this month.

“Our information indicates that the Iranian government is preparing to provide Russia with up to several hundred UAVs, including weapons-capable UAVs on an expedited timeline,” he told reporters Monday.

Sullivan said it was proof the Russia’s overwhelming bombardments in Ukraine, which have led it to consolidate gains in the country’s east in recent weeks, was “coming at a cost to the sustainment of its own weapons.”

Sullivan’s revelation comes on the eve of President Joe Biden’s trip to Israel and Saudi Arabia, where Iran’s nuclear program and malign activities in the region will be a key subject of discussion. Sullivan noted that Iran has provided similar unmanned aerial vehicles to Yemen’s Houthi rebels to attack Saudi Arabia before a ceasefire was reached earlier this year.