When Grown-Ups Have Imaginary Friends 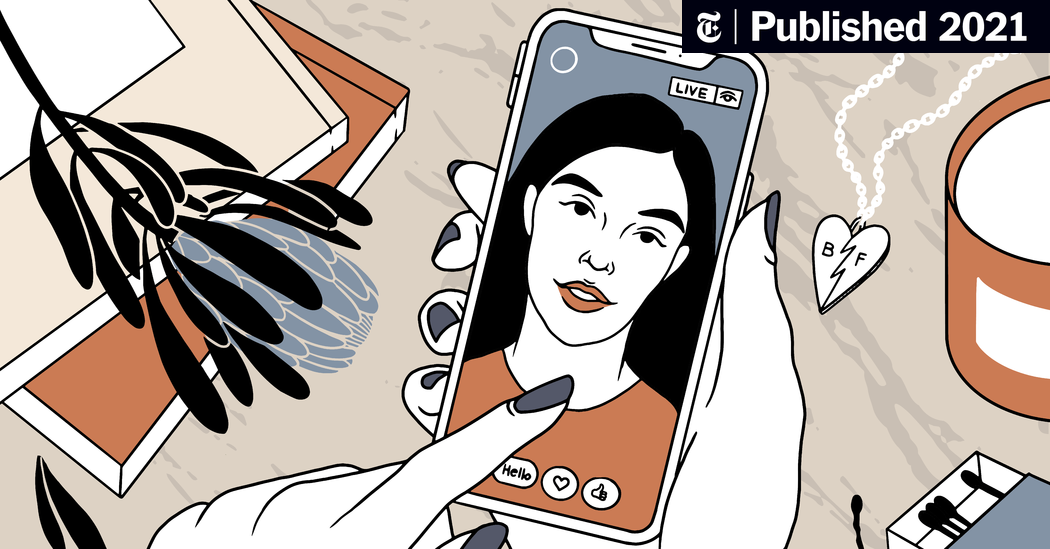 This weekend I had multiple text threads going about Hannah’s issues with her housemates, and whether she was in the wrong in her fights with Amanda, Luke and Kyle. These are not friends of mine; these are people who appear on the Bravo TV show “Summer House,” whose drama I am embarrassingly invested in, and whose psychological motivations I spend time dissecting with friends and co-workers.

The kind of one-way friendship I have with these reality stars has a name in the sociology world: It’s called a “parasocial relationship,” which is an emotional relationship with a media figure. The term was coined in the 1950s by two sociologists who observed that dominant mass media — at the time, TV and radio — created the illusion of a friendship between spectator and performer, and “the most remote and illustrious men are met as if they were in the circle of one’s peers.”

Social media has added another dimension to this dynamic, because occasionally the performers will interact with you, which perpetuates the illusion that you have involvement in their lives.

Though explaining these friendships may make you feel like a creep, they are normal, and quite common, said Alex Kresovich, a doctoral student at the U.N.C. Hussman School of Journalism and Media who has published research on parasocial relationships. “The feelings people have with these media persona are nearly indistinguishable from their friends in real life,” despite the fact that the celebrity in question usually (but not always) has no idea you exist, he said. (A small subset of people may develop an unhealthy obsession with celebrities — it’s called “celebrity worship” in the clinical literature — but that’s not the norm.)

Amanda Hess, a critic at large for the Times, wrote about her parasocial relationship with the Peloton instructor Cody Rigsby, explaining that his “sweetly annoying” conversation helps her sweat through 45 minutes and tricks her into feeling bonded to him. Tara Tsukamoto, 35, a mom of two kids in Elk Grove, Calif., who does daily workouts with Sydney Cummings, a YouTube star with more than 1 million subscribers, said her 4-year-old son recognizes Ms. Cummings and asked if she was going to come over to their house.

“I know we aren’t really friends, but I do kind of feel like I know her,” Ms. Tsukamoto said. “Also even though we’ve never met she provides a lot of what a real friend would: advice, funny stories, inspiration to become a better version of myself.”

Ms. Tsukamoto has hit on one of the upsides of parasocial relationships: Decades of research have shown that our identification with celebrities may affect health behavior. Mr. Kresovich did a meta analysis of 14 studies that showed people with a sense of attachment to a particular celebrity are more likely than nonfans to change their behavior after that celebrity discloses a health condition or creates a media event around a health condition.

For example, when Katie Couric got an on-air colonoscopy in 2000, after her first husband died from colon cancer, it led to a significant increase in colon cancer screenings; and when Charlie Sheen disclosed that he had H.I.V. in 2015, it led to an uptick in the purchasing of home-testing kits that researchers described as “astonishing.” The downside is that celebrity health behavior can also be influential when it’s not actually promoting public health, as with many high-profile people who are skeptical of vaccines.

For parents of young children in particular, these parasocial relationships may be especially nourishing, because we don’t always have much time for socializing, and parasocial relationships don’t require any maintenance. We can dip in and out of them as we please. Georgeanna Connors, 37, who has two children under 4 in Asheville, N.C., said that while she doesn’t consider the sleep, feeding and behavioral specialists she follows on Instagram “friends,” exactly, “the advice and faux, one-way dialogue I absorb from their posts certainly displaces real conversations and relationship building. Why play phone tag with a friend when I can get free, immediate, zero-judgment input from an expert?”

Even though parents like Ms. Connors may feel her parasocial relationships displace real life bonds, there is not much evidence that people form these relationships with media figures to compensate for a social deficiency in their own lives, said Luke MacNeill, a postdoctoral fellow at the University of New Brunswick in Canada. Pretty much everyone forms these relationships to some degree, he said, and it’s more that “people have an innate drive to connect with other people.”

Although I am now seeing my own friends in person more frequently (but not that frequently), I find I am still missing gossip, which remains in short supply. That’s what I’m getting out of my parasocial relationships with various reality stars: the vicarious thrill of transgression and conflict, aggression and resolution. Or, as an academic summary of research on parasocial relationships put it: “Taken together, these findings imply that parasocial phenomena affect well-being, simply by providing ‘a good time’ and turning media exposure into an enjoyable experience.” In other words, it’s just fun to watch attractive people yell at one another in a fancy house, and I will continue to do it until someone makes me stop.