What we know about the infamous Oval Office meeting 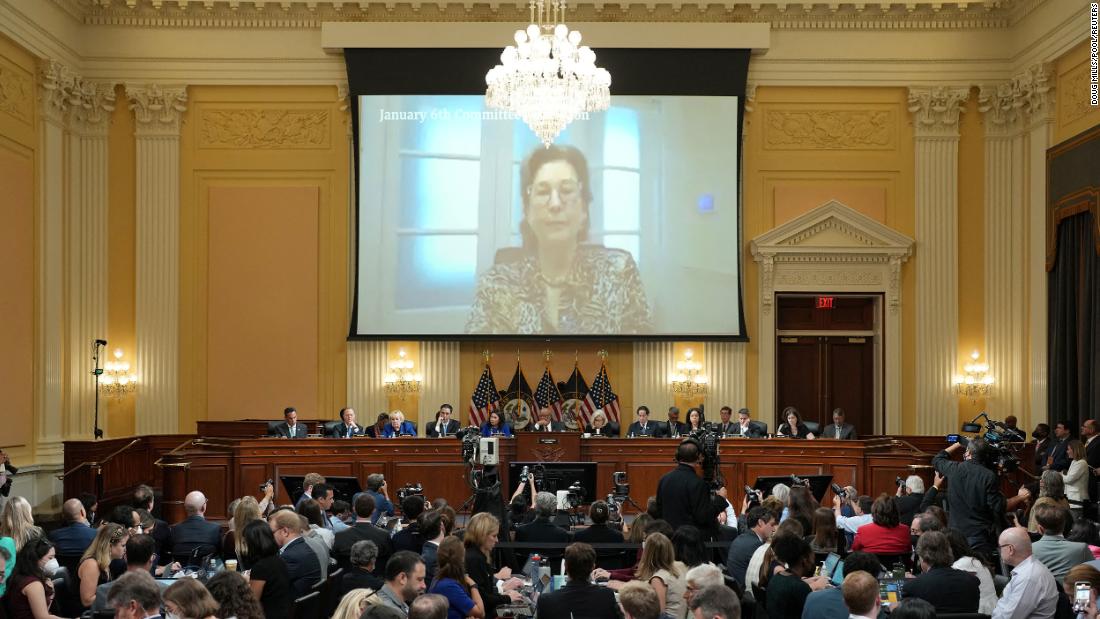 Sources previously described the session as one that began as an impromptu gathering but devolved and eventually broke out into screaming matches at certain points as some of Trump’s aides pushed back on Powell and Flynn.

Rep. Jamie Raskin, a Maryland Democrat and member of the January 6 select committee, said on Tuesday that the December 18 meeting was “critically important because President Trump got to watch up close for several hours as his White House counsel and other White House lawyers destroyed the baseless factual claims and ridiculous legal arguments offered by Sidney Powell, Mike Flynn and others.”

White House aides who participated in the meeting, including White House chief of staff Mark Meadows and counsel Pat Cipollone, also pushed back intensely on the suggestion of naming Powell as a special counsel to investigate voter fraud allegations, CNN reported at the time.

“I was vehemently opposed — I didn’t think she should be appointed to anything,” Cipollone told the committee during his closed door interview, according to a video clip from that meeting played Tuesday.

Flynn had suggested prior to the meeting that Trump could invoke martial law as part of his efforts to overturn the election that he lost to President-elect Joe Biden — an idea that arose again during the meeting in the Oval Office, one source previously told CNN.

At the time, it wasn’t clear whether Trump endorsed the idea, but others in the room forcefully pushed back and shot it down.

Another idea floated in the meeting was an executive order that would permit the government to access voting machines to inspect them, CNN has reported.

In its immediate aftermath, one person described the meeting as “ugly” as Powell and Flynn accused others of abandoning the President as he worked to overturn the results of the election.

“It was heated — people were really fighting it out in the Oval, really forceful about it,” one of the sources previously said.

‘I thought it was nuts’

The select committee on Tuesday revealed previously unseen testimony from six participants of the Oval Office meeting, playing video from its interviews.

Among those interviewed were former White House counsel Pat Cipollone, who told the panel that he was “not happy” to see people like Powell, Flynn and Overstock CEO Patrick Byrne in the Oval Office with the former President.

“I don’t think any of these people were providing the President with good advice, so I did not understand how they had gotten in,” Cipollone said in his deposition, according to video played by the committee Tuesday.

Others who were in the room described how the hours-long meeting broke into screaming matches as outside Trump allies like Flynn and Powell accused White House advisers of quitting on the President after they challenged their baseless claims about election fraud and outlandish plans for overturning the results.

Powell accused the White House lawyers of showing “nothing but contempt and disdain of the President,” according to video from her deposition.

“It was not a casual meeting. At times there were people shouting at each other, hurling insults at each other. It wasn’t just sort of people sitting around on the couch like, chit-chatting,” former White House adviser Derek Lyons told the panel, according to video of his deposition.

“The four outsiders in the room claiming to have ample evidence to support the findings and others including myself disputing that and then there was a discussion of, well, we don’t have it now, but we will have it or whatever,” he added.

White House lawyer Eric Herschmann also told the committee that the meeting got to the point where “screaming was completely — completely out there.”

“It was really unprecedented … I thought it was nuts,” he said in the deposition video, acknowledging he told the group of outside Trump allies to “shut the ‘F’ up.”

This story has been updated with additional details.