What Travelers Should Know About the Federal Mask Mandate 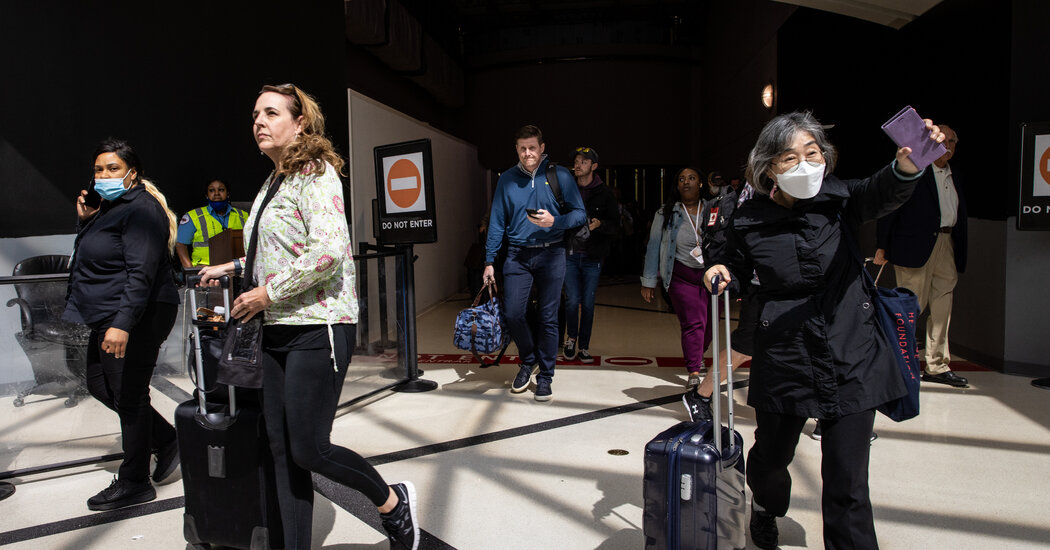 Several international airlines, including British Airways and Virgin Atlantic, updated their policies on Tuesday to make masks optional on flights to U.S. destinations. They had previously stopped requiring masks on many routes to the Caribbean.

Do I still have to test when flying into the United States?

Yes, indeed. Every traveler over the age of 2 flying into the United States, regardless of vaccination status or citizenship, must show a negative coronavirus test taken the day before boarding. Alternatively, people who have tested positive in the past 90 days may travel with positive viral test results and a signed letter from a licensed health care provider or a public health official saying that they have been cleared for travel.

Unlike the federal mask mandate, there is no expiration date on this requirement. Airlines and trade organizations representing the hospitality industry have been lobbying for the C.D.C. to lift the requirement, which they say is financially damaging. The White House said earlier this month that there were no immediate plans to remove the rule.

Can I get refunded if I’m not comfortable flying amid unmasked people?

It depends. Airlines do not seem to be offering any special type of refund for people in this situation. If you booked a nonrefundable fare, you may be out of luck. Your best bet may be getting a credit or rebooking the flight for some distant date; most airlines no longer charge change fees on all but basic economy flights.

If you are flying Delta, though, you can plead your case. “We hear situations out on a case-by-case basis and make a determination,” a spokesman for Delta said on Wednesday.

Southwest offers a voucher or a refund, depending on the type of ticket.

In response to this question, American Airlines sent its standard refund policy which requires a traveler to cancel within 24 hours on a nonrefundable ticket.

The sudden change of mask rules has caused anxiety for some travelers. Susanna Speier, 49, who has Crohn’s disease, is among the many immunocompromised Americans now grappling with what to do about upcoming travel plans. When she committed to attending a conference in Austin, Texas, on April 28, Ms. Speier, who lives in Denver, understood that everyone on the plane would be wearing a mask.