What happened to Boeing flight that went down over China? 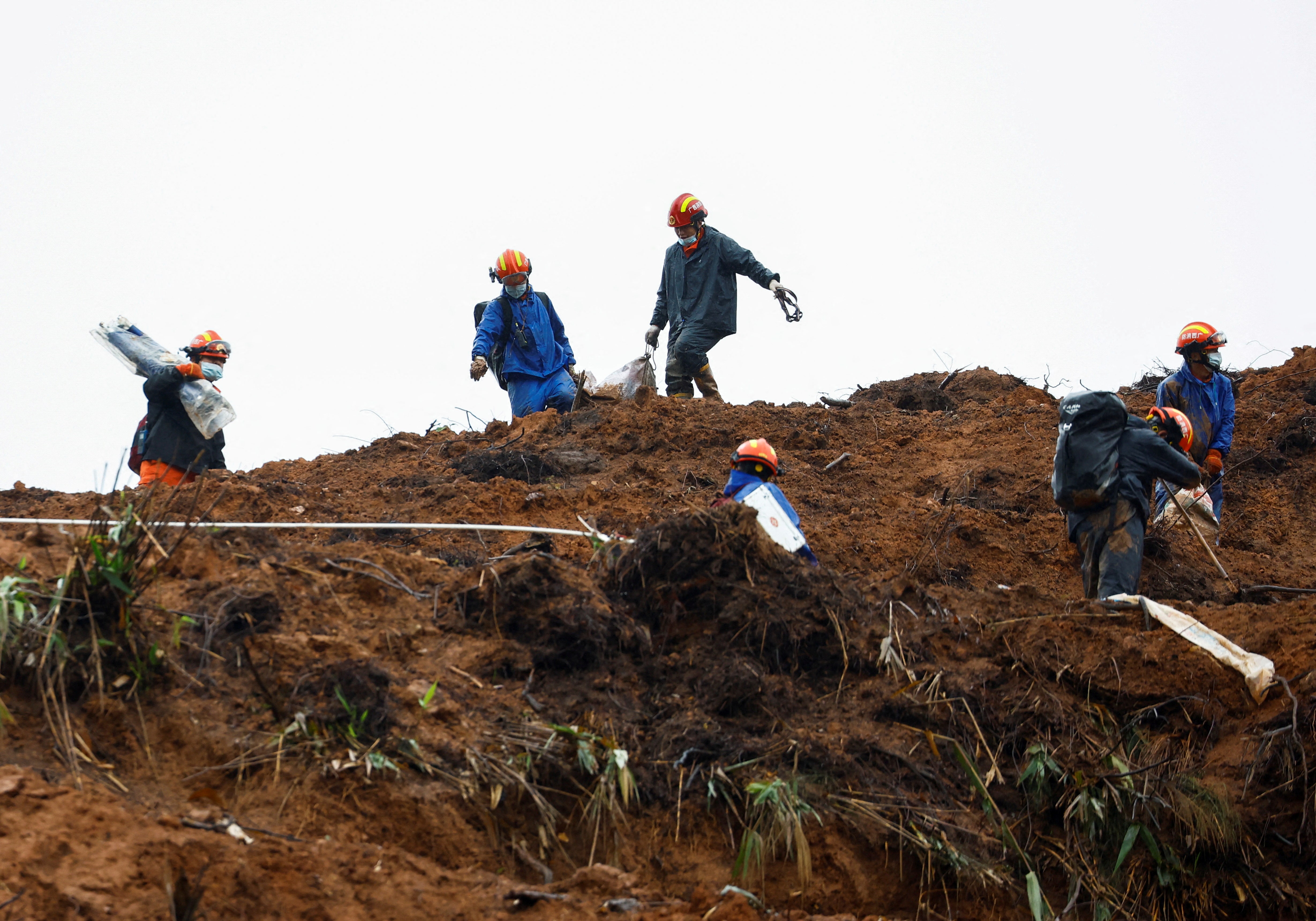 A Boeing 737 jet crashed into a hillside in Southern China on March 21, killing 132 people on board. China Eastern Airlines flight MU5735 was completing a domestic flight when the crash happened.

The Civil Aviation Administration of China (CAAC) has led the investigation over the past month, but Wednesday reported that officials found no evidence of systematic failure aboard the plane at the time of the crash.

“The investigation found that the flight and cabin crew onboard, as well as the maintenance and clearance personnel, met qualification requirements,” the report said. “Before it deviated from cruising altitude, there was nothing abnormal in wireless communications between the crew and air control or in the control commands.”

But the CAAC admitted that the two black boxes were “severely damaged” and would need more thorough analysis and restoration to get a better picture of what occurred prior to the crash. The agency sent the black boxes to the National Transportation Safety Board in Washington for analysis, Reuters reported.

The NTSB also sent a team to the crash site to assist in the investigation.

The investigation ruled out a number of environmental and circumstantial factors as possible complications that could have led to the crash, namely claiming that the crew was qualified, the jet properly maintained, the weather fine and no dangerous packages or luggage was onboard at the time.

The CAAC report has yet to deal with any software issues that could have arisen and caused the crash.

The plane took off from Kunming Changshui International Airport at 1:16 p.m. local time and climbed to a cruising altitude of around 29,200 feet. The plane’s crew last communicated with air traffic control around 2:17 p.m. before appearing to deviate from its assigned altitude a few minutes later, according to the South China Morning Post.

Xinhua news agency in China reported that authorities had collected all pieces of the wreckage and would be transferred to a storage for cleaning and further analysis.

SHANGHAI ALLOWS 4M OUT OF HOMES AS COVID RULES EASE

“The technical investigation team will continue to carry out in-depth wreckage identification, classification and inspection, flight data analysis, necessary tests and other investigative work, to determine the cause of the accident scientifically and rigorously,” Xinhua said.

A number of theories in China have surrounded the possibility that the pilot crashed the plane as a way to commit suicide, leading aviation authorities in the country to increase wellness checsk on pilots in the past month.

But Wu Shijie, a safety official from the CAAC, said that these measure should not interpreted as a sign that officials agree with that conclusion as the main cause of the crash.

“We still cannot come to a conclusion on the cause and nature” of the crash, he told reporters, according to the New York Times.