What Does the Curriculum Look Like in Your School? 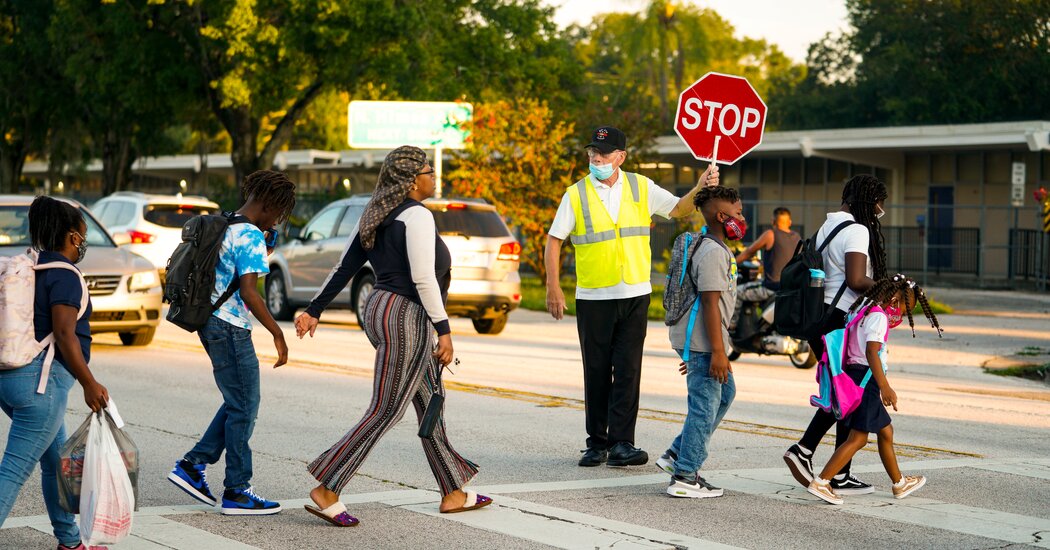 Florida recently rejected 42 of 132 math textbooks for use in public schools because it said they incorporated elements of social-emotional learning and critical race theory. The state did not specifically share what lessons were considered problematic, but The New York Times has reviewed 21 of the rejected books.

What is taught in public schools has become a focus for some parents and politicians in Florida, where a new law banning conversations about sexual orientation and gender identity in some classrooms — critics called it the “Don’t Say Gay” bill — goes into effect in June. On Friday, Gov. Ron DeSantis signed the “Stop W.O.K.E Act,” legislation to curb the teaching of topics that could prompt students to feel discomfort about a historical event because of their race, sex or national origin.

Debates over how race should be taught in schools have accelerated since police officers murdered George Floyd and The New York Times Magazine published the 1619 Project. Republicans have sought to block “critical race theory” — often expanded beyond the original academic definition to mean diversity training or the acknowledgment of historical racism — from schools across the United States.

We want to better understand what classrooms across the country look like right now. What do the homework, worksheets or textbooks look like in the school that you, a friend or a family member attends? How do these textbooks, homework or worksheets handle race, ethnicity and identity?