Weather from La Nina expected to bring heavy rainfall to Hawaii, drought conditions may persist in some areas 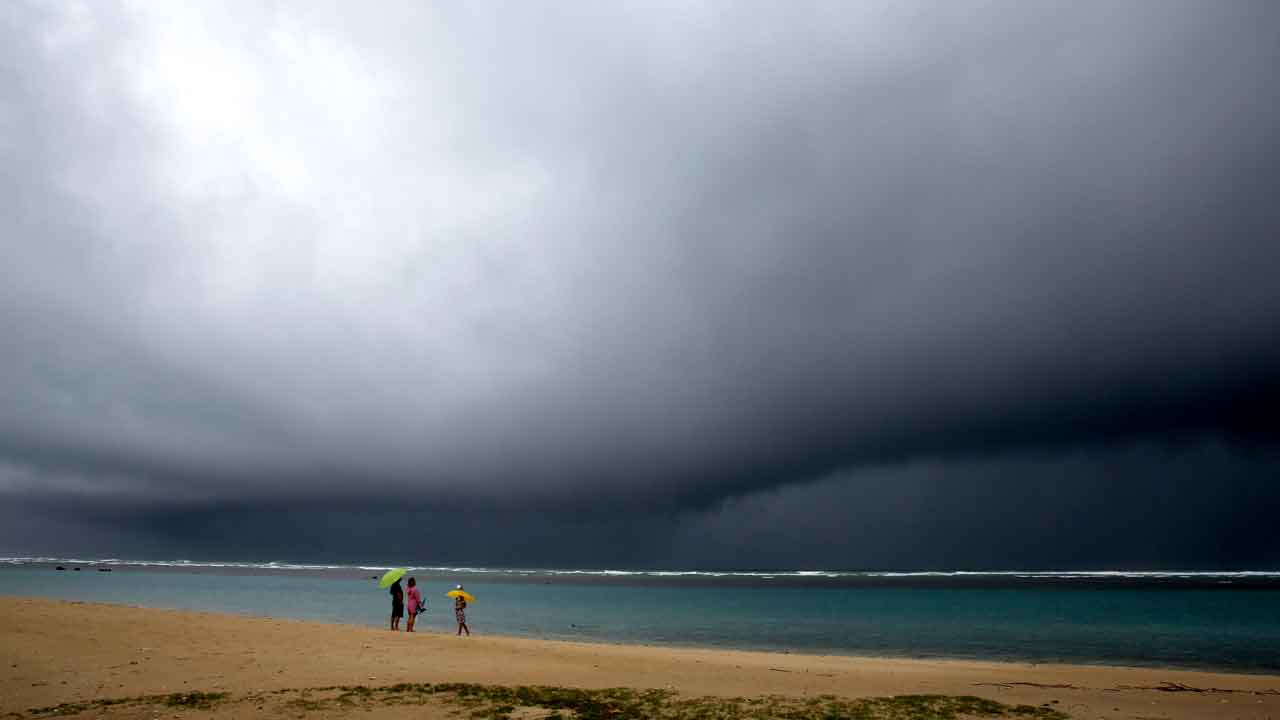 Continuing La Nina weather is expected to bring above average rainfall for parts of Hawaii, but drought conditions could persist over some areas of the islands, according to the National Oceanic and Atmospheric Administration’s wet season outlook released Wednesday.

La Nina, a cooling of Pacific Ocean sea surface temperatures near the equator, is expected to continue into the spring of 2023. A potential third year in a row of La Nina conditions during the wet season is unusual, said Kevin Kodama, a National Weather Service hydrologist in Honolulu. That has happened only twice before since 1950, he said.

Climate models show above average rainfall, especially from December through April, but rainfall can be influenced by the strength of La Nina.

While some parts of the state could get heavy rainfall, others can remain dry.

The worst impacts from drought last year were seen on Maui and the Big Island, with both islands experiencing significant brush fires.

People hold umbrellas as it begins to rain on a beach in Honolulu on Dec. 6, 2021. Weather officials will release the wet season outlook for Hawaii on Oct. 19, 2022.
(AP Photo/Caleb Jones, File)

Destructive wildfires fueled by heat and drought exacerbated by climate change have plagued communities in the western U.S. and parts of Europe recently but scientists say smaller fires on tropical Pacific Ocean islands are also increasing.

For Hawaii, NOAA said there is the possibility of drought continuing throughout the wet season, with recovery more likely this year on Kauai and Oahu.

“It’s been quite dry in several spots around the state,” Kodama said.

Still, flooding can happen, even in a drought, as intense storms come with heavy downpours.

“In Hawaii, these events can happen quickly,” Kodama said. “You can go from bright sunny skies to thunderstorms within an hour.”