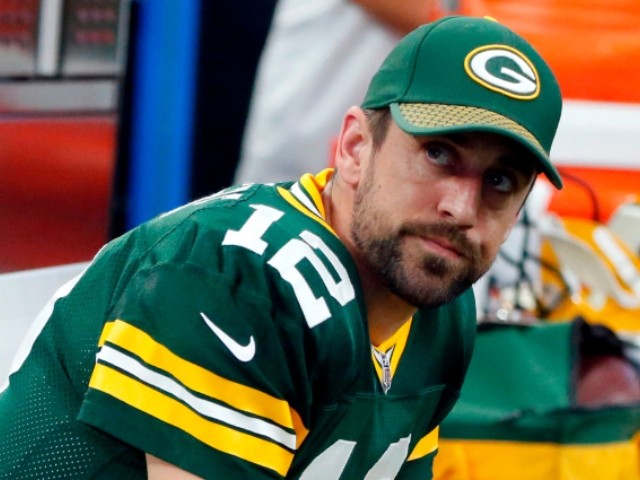 Another revelation by Green Bay Packers QB Aaron Rodgers in his interview with Joe Rogan revealed how the NFL threatened players by holding their jobs hostage unless they got vaccinated.

During the August 27 Joe Rogan podcast in which Rodgers admitted that he purposefully misled the media on his vaccination status, Rodgers also blasted the NFL for its efforts to force players to take the jab.

Rodgers slammed the NFL for “virtue signaling” over the vax and added that the league sent out “stooges” to force compliance.

“Look how righteous our league is, we have 95% compliance with the vaccine,” Rodgers scoffed. “If you don’t, we’re going to send a stooge to your team to show you graphs of your vaccination percentage of your team compared to the rest of the league, which actually happened.”

Aaron Rodgers tells Joe Rogan inside information on how the NFL was threatening players with their jobs and paychecks in order to force them to take the COVID vaccine. pic.twitter.com/sylc5Jaix1

“Day three of training camp they sent this stooge in and he showed these slides of what your vaccination percentage was as a team. What are you compared to the rest of the league? And I started asking him question about liability. ‘Oh, I’m not a lawyer,’” Rodgers continued.

Rodgers said that the teams were bullied to force compliance and were told that they would have to forfeit games if they had a certain number of players and staffers out with positive COVID results. The league began telling teams of the forfeit rule in July of 2021.

Rodgers added that the NFL told players that they would also sacrifice their pay for any forfeited games as another way to force compliance.