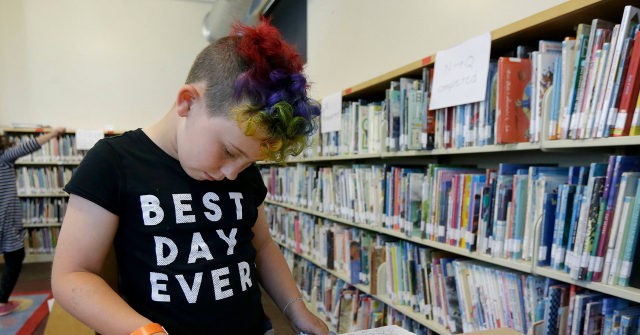 Calling it a “war on children,” the six-figure ad campaign goes after schools and health organizations that promote medical treatment for children who claim to be transgender.

“There is a war on children in America. A war on biology. A war on innocence,” the ad says. “Schools are forcing elementary school children to share bathrooms and locker rooms with the opposite sex.”

“WAR ON CHILDREN.” Check out Citizens for Sanity’s new hard-hitting radio national ad about the radical woke left’s sick experiments on young boys and girls — sterilizing and mutilating their bodies for life. RT & share to help us save our kids! pic.twitter.com/u05U6yZipP

“They’re encouraging students to question if they’re really boys or girls, all while hiding it from parents,” it continues. “So-called health organizations are promoting experimental, dangerous, and irreversible drugs and surgeries for minors.”

The ad continues to go into the biological realities of many of the “treatments” given to children who claim to be transgender, including chemical castration and genital mutilation.

“Puberty blockers and cross-sex hormones – drugs never approved for this use – leaving young children sterile, infertile, and sexually undeveloped for life,” the ad states. “They remove healthy breasts, wombs and genitals. All in the name of radical gender ideology.”

“Stop the woke war on our children,” it demands. “Stop the far-left assault on our youth. Stop the madness. Stop the insanity.”

Citizens for Sanity plans to target Latino communities across the country with the ad.

In recent years, Latino voters have been shifting to the conservative movement as Democrat policies have increasingly diverged from their values.