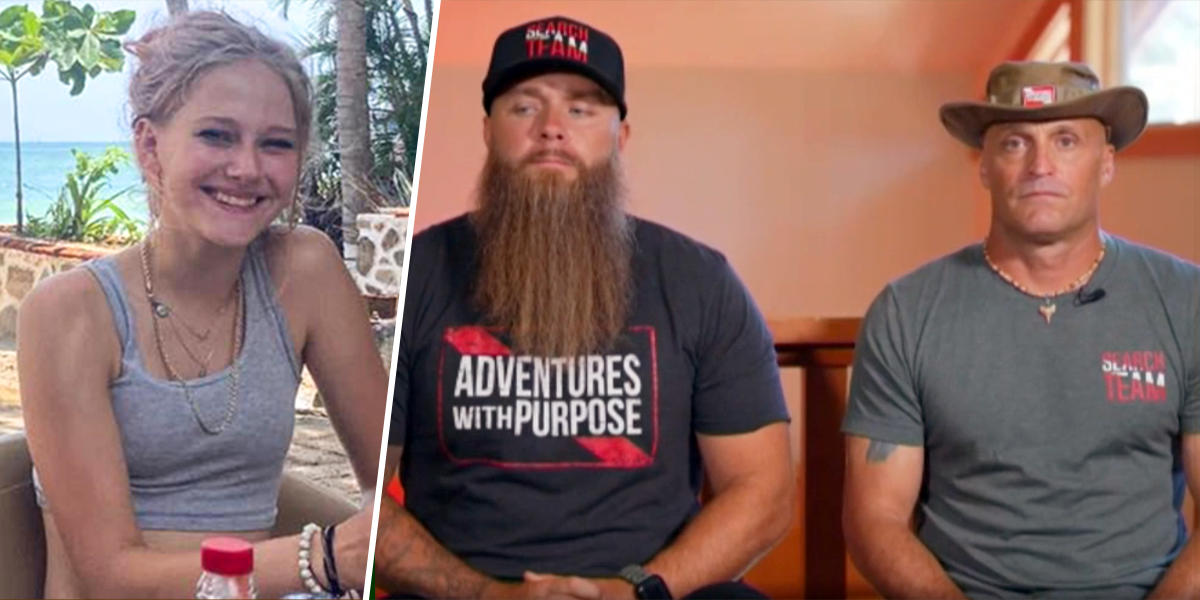 After police searched for missing California teen Kiely Rodni for more than two weeks, a volunteer crew of divers took less than 48 hours to locate a submerged vehicle with a body inside that authorities believe is “more than likely” to be Rodni.

The independent diving group from Oregon called Adventures with Purpose said it found Rodni’s vehicle on Sunday in Lake Prosser in Truckee, near where Rodni, 16, was last seen before going missing after a party.

“We have located a decedent inside the vehicle. We believe it is our missing person,” Nevada County Sheriff Shannan Moon told reporters Monday. “We have not been able to positive identify [the victim], but it’s more than likely where we are today.”

Members of Adventures With Purpose spoke with NBC News correspondent Steve Patterson on TODAY Tuesday about how they were able to locate the vehicle in a relatively short time after police had searched for weeks.

“Our sonar technology is not different from what they had,” diver Doug Bishop said. “It’s our ability to manipulate it.”

Police said they had also used divers and swimmers as well as sonar in their search, but could not locate the vehicle. Nevada County Sheriff’s Capt. Sam Brown said in a press conference Monday that his agency will be taking a closer look at why their search came up empty.

“That’s a great question,” he said. “That’s one that everyone is going to have, right, ‘How did we not find it while we were searching?’”

Rodni and her vehicle, described as a gray 2013 Honda CR-V, went missing on Aug. 6, hours after she attended a party with hundreds of people near the Prosser Family Campground, police said. The teenager’s cell phone location last pinged around 12:30 a.m. the same night near the lake in Prosser, California, according to police.

Bishop said diving crews located Rodni’s vehicle on Sunday in 14 feet of water about 300 yards from the campground about an hour after divers entered the water. Adventures With Purpose joined the search for Rodni two days earlier after her family reached out to them.

“We deal with families all over the country, and we’re solving cases that are 20, 30 years old,” Bishop said on TODAY.

Bishop said at a press conference Monday that the group is funded by donations and from monetizing its YouTube channel, where it posts videos about its search missions.

“To be able to be in the position to help families and utilize those skills that we have, it’s an honor, and that’s our purpose,” Bishop said on TODAY.

Bishop said Monday that Adventures With Purpose was able to identify the body as Rodni’s due to visual recognition. He said at the press conference that they used “cutting edge Garmin sonar technology” to locate the vehicle in roughly 14 feet of water only 55 feet off shore.

Rodni’s father was at the lake when the vehicle and body were discovered.

“That’s not a moment that is easy,” Bishop said on TODAY. “They have a 16-year-old daughter that’s never coming home again.”

A representative for Rodni’s family released a statement on Monday night.

“While we accept this sadness cast under death’s shadow, the rising sun shines light upon us, reminding us not to mourn our loss, but to celebrate Kiely’s spirit and the gift that we all received in knowing her,” the statement said. “Kiely will surely remain with us even though we will not get her back.

“Kindly excuse us as we retreat and dance privately to life’s song while we celebrate our daughter’s spirit and heal our souls.”

According to video footage from KCRA, officials pulled a vehicle from the water and crews quickly covered it with what appeared to be a tarp or sheets.

Investigators had been searching for Rodni for more than two weeks. They indicated on Aug. 8 the case was being treated as a possible abduction as her vehicle could not be located, KCRA reported.

The Placer County Sheriff’s Office said the search included a multi-agency response, an 80-mile search radius by air, a search of the lake by dive teams Thursday and a compliance sweep of registered sex offenders in the North Tahoe area.