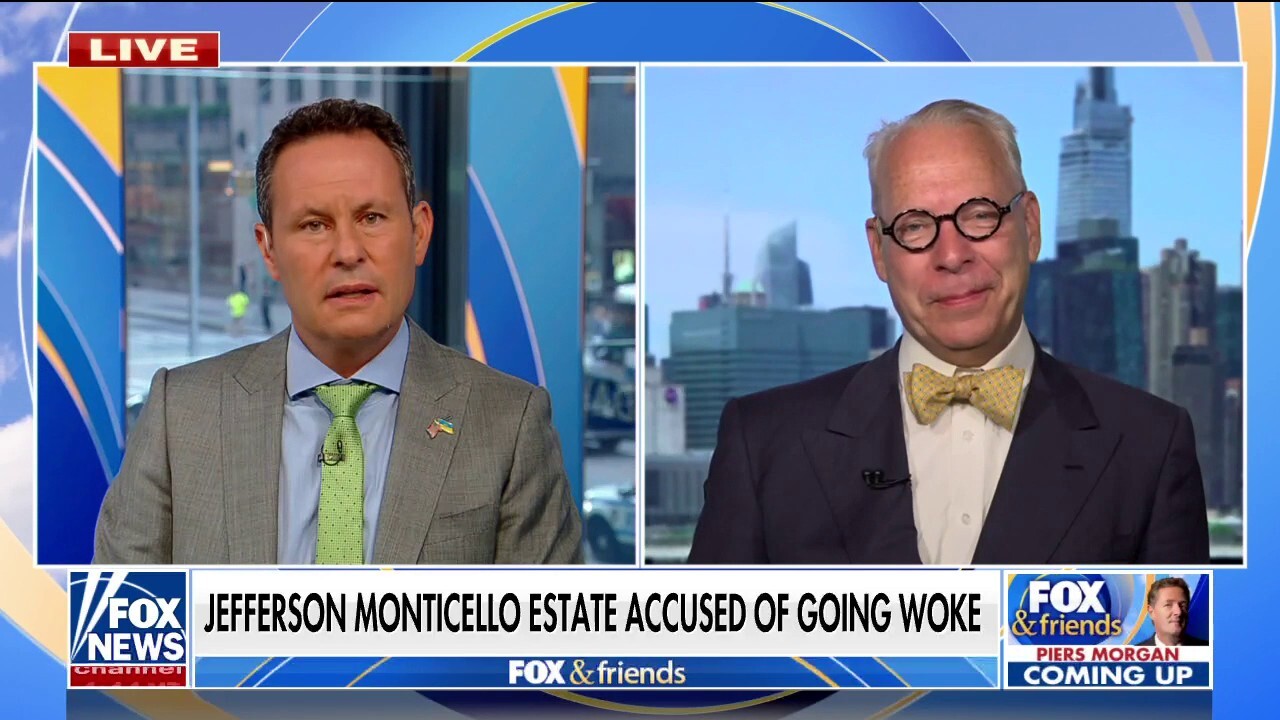 Jeffery Tucker, founder of the Brownstone Institute, said his recent experience at the Virginia landmark was sad and deflated the American founder’s reputation. Tucker toured Monticello on July 4 to pay homage to Jefferson, who advocated for emancipation and the separation of church and state.

“Instead I got exactly the opposite,” Tucker said on “Fox & Friends” Monday. “They were just debunking his history, his reputation, putting him down, demoralizing everybody on my tour.”

Tucker recounted his previous visit to the estate as being full of grandeur with a “sense of majesty about the place.”

“No longer,” he told host Brian Kilmeade. “It is depressing and demoralizing and truly upsetting.”

Tucker described the house as looking like a rummage sale with contemporary paintings hung inside. He said tour guides repeatedly diminished Jefferson’s accomplishments, claiming his reputation is “wildly overblown.”

Dr. Carol Swain, a former professor at Princeton and Vanderbilt, suggested on “Fox & Friends First” that the estate’s woke shift is likely a result of The 1619 Project, which critics have described as “history told through the lens of critical race theory.”

“We had a great nation. It is being destroyed now by people who hate America,” Swain said. “Nothing constructive and positive will come from this effort.”

She urged Virginians to bring balance and respect back to the monuments of the Founding Fathers.

FROM PAST TO PRESENT: FOX NATION’S ‘BUILDING ON THE AMERICAN HERTIAGE TRACES THE HISTORY, FOUNDATION OF US

A Monticello spokesperson responded to the criticisms, saying, “Our goal is to present an honest, inclusive history of Monticello in all its aspects, as well as Jefferson’s contributions to the founding of the country.”

Tucker, however, called Jefferson an American treasure and said Americans should be proud of his achievements.

“You would think the Monticello would be something of a sacred space,” he said.

“I just thought that maybe Monticello would be protected from this disease of ‘wokeism,’ but I was sadly wrong.”

Amy Nelson is a producer with Fox News Digital.