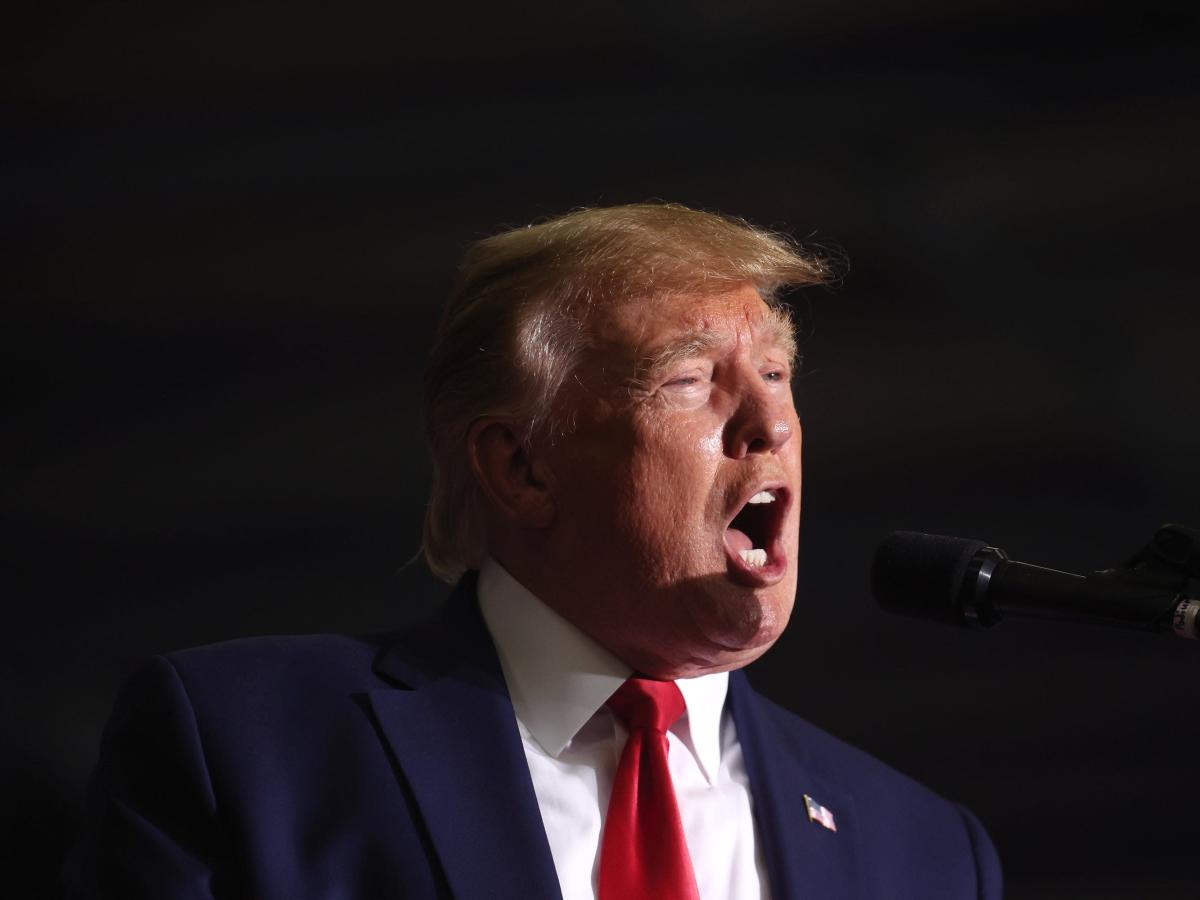 Former President Donald Trump appeared to forget the name of his own social media platform during a rally on Saturday, mangling the pronunciation of Truth Social.

A video taken during Trump’s speech in Ohio showed him struggling to name his social media platform, saying he built “something called trove, Truth Central.”

During the same rally, Trump was also heard messing up the pronunciation of the word “drop box,” saying what sounded like “drok bok” instead.

This was not the first time Trump called drop boxes by this pronunciation. He did the same at his rally in Michigan on April 2.

Trump’s Truth Social app has had a rough start. After its launch in February, Trump took weeks to make his first post, amid reports of the platform being plagued with technical hiccups like outages and extended waitlists just to create an account.

Downloads of the app have plummeted significantly after its launch, while Trump allies like Roger Stone have complained of being censored on the platform. The former president was also reported to be furious over the poor response to his app and has contemplated joining its rival Gettr.