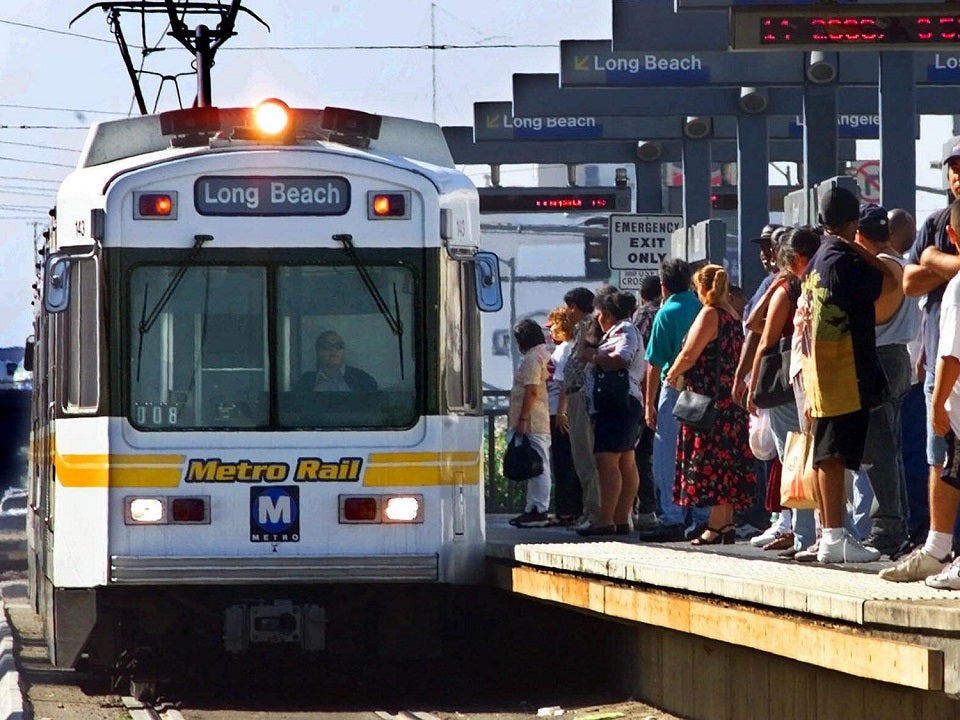 A video montage of assaults, shootings and other crimes on Los Angeles County transit lines taken from surveillance cameras gives a glimpse into the perils commuters face as ridership starts to rebound to pre-pandemic levels.

A 2.5-minute video posted on Vimeo by Steve Gregory, a correspondent for KFI AM 640 and host of the “Unsolved with Steve Gregory” podcast, shows fights aboard Metropolitan Transportation Authority trains that quickly get out of control and devolve into chaos in front of passengers.

The footage is supposed to represent Part 1 crimes – defined as assault, homicide, burglary and other violent offenses — committed in 2019, 2020 and 2021.

In one case, someone appears to fire multiple shots at a Metro employee sitting in a train booth. Other images show someone appearing to try and stab a man sitting down with a sharp object.

Another shows someone repeatedly punching someone in the face who is on the floor as other passengers look on. On a train platform, someone is seen grabbing a man resting on a bench and pushing him onto the tracks. Other incidents include people being sucker-punched and what appears to be an attempted sexual assault on a woman.

Violent crimes have jumped on the Metro system 36% this year, the Los Angeles Times reported, with aggravated assaults, rapes and homicides rising for the second consecutive year. Some of the crimes have generated publicity because of the brazenness of the alleged attackers amid a rise in homelessness and loitering on transit lines.

In January, a homeless man attacked Sandra Shells, a 70-year-old emergency room nurse who was near a bus stop at Union Station when she was pushed to the ground and hit her head, authorities said.

The uptick in violence has led to a standoff between the MTA and Los Angeles County Sheriff Alex Villanueva, who announced last week that he would withdraw his deputies from transit patrol suites by July 1 unless his department is given sole authority to provide such services on buses, trains and stations.

He announced his stance after a man shot up a New York City train car, wounding 10 people.

“We have all of the personnel that are dedicated to the system — I have three jobs waiting for every single deputy,” he said. “… I have the ability and the need to actually redeploy the personnel where they’re actually going to be sworn peace officers working as cops, actually saving lives, preventing crime from occurring and solving crimes that occur. This is all about public safety.”

Fox News has reached out to the agency for comment.