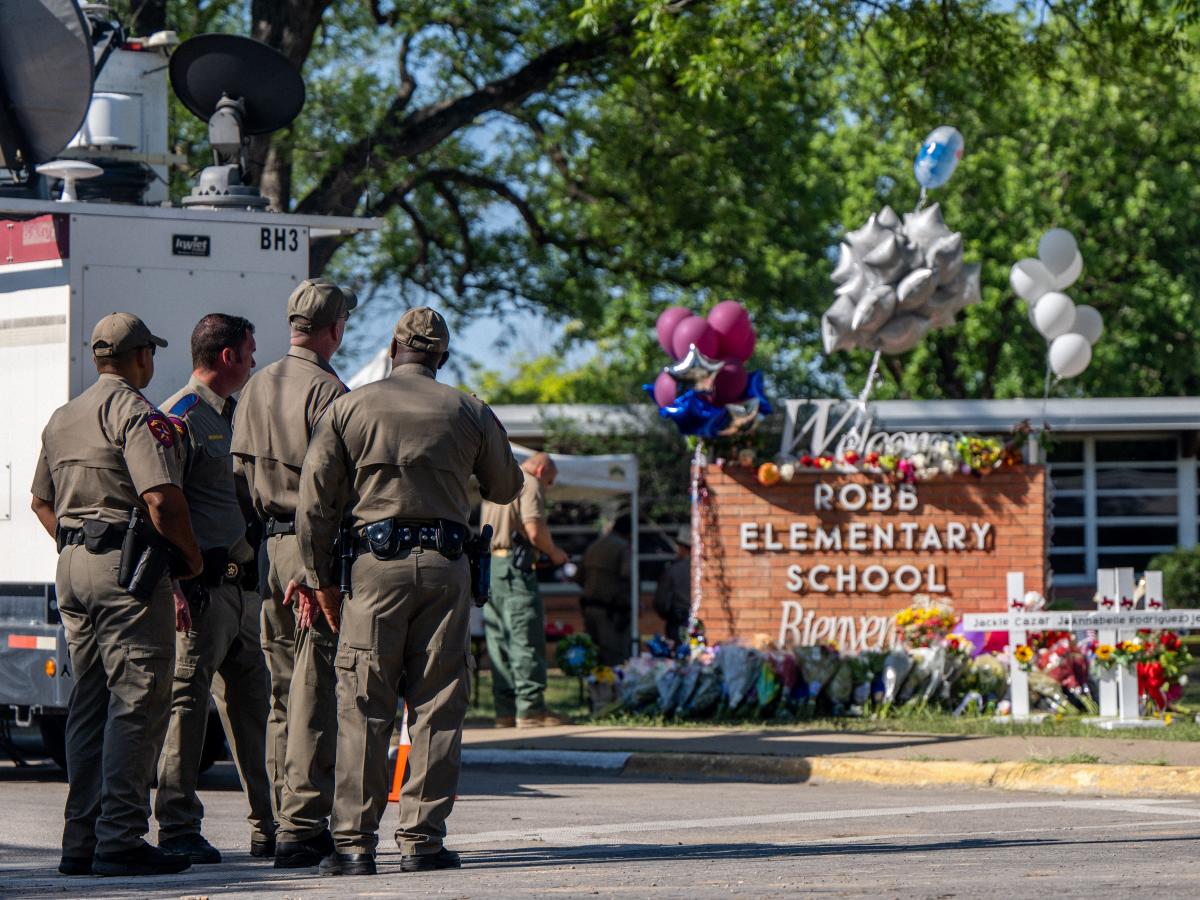 One of the seven Texas Department of Public Safety officers being investigated for their conduct during the deadly Robb Elementary School shooting in Uvalde, Texas, was just hired as a police officer for the school district, CNN reported.

And Uvalde parents are “disgusted” with the move, according to CNN.

Parents told the outlet they’re frustrated that one of the 376 law enforcement officers that allowed a gunman to barricade himself inside a classroom full of students and teachers for 77 minutes — killing 19 students and 2 teachers — is now tasked with protecting their kids every day.

As parents brought their children to Uvalde Elementary for the new school year, some told CNN they recognized Elizondo from the body camera footage on the day of the shooting.

“We are disgusted and angry at Uvalde Consolidated Independent School District’s (UCISD) decision to hire Officer Crimson Elizondo. Her hiring puts into question the credibility and thoroughness of UCISD’s HR and vetting practices,” according to a statement from family representatives obtained by CNN.

The statement adds that all department officers under investigation for their conduct during the shooting should be suspended while the investigation is underway, CNN reported.

The parents also reported urged the district to release the results of the third-party investigation to the public and to the families of the victims.

“Our children have been taken from us. We will not stop fighting until we have answers and we ensure the safety of the children in our community is the top priority,” the statement said, CNN reported.

Texas DPS and Uvalde School Board did not immediately respond to Insider’s requests for comment.

After the district announced at a town hall meeting in August that at least 33 DPS officers would join the district’s security team, parent Brett Cross, who is the legal guardian of killed student Uziyah Garcia, told CNN he was assured by Uvalde Superintendent Hal Harrell that any new hires in the district would not be DPS officers who responded to the shooting in May.

Cross added that the school board offered to pull the officers from their posts and place them at off-campus roles.

Cross told CNN he’ll continue to hold a vigil outside of the school board offices until all officers under investigation are suspended.