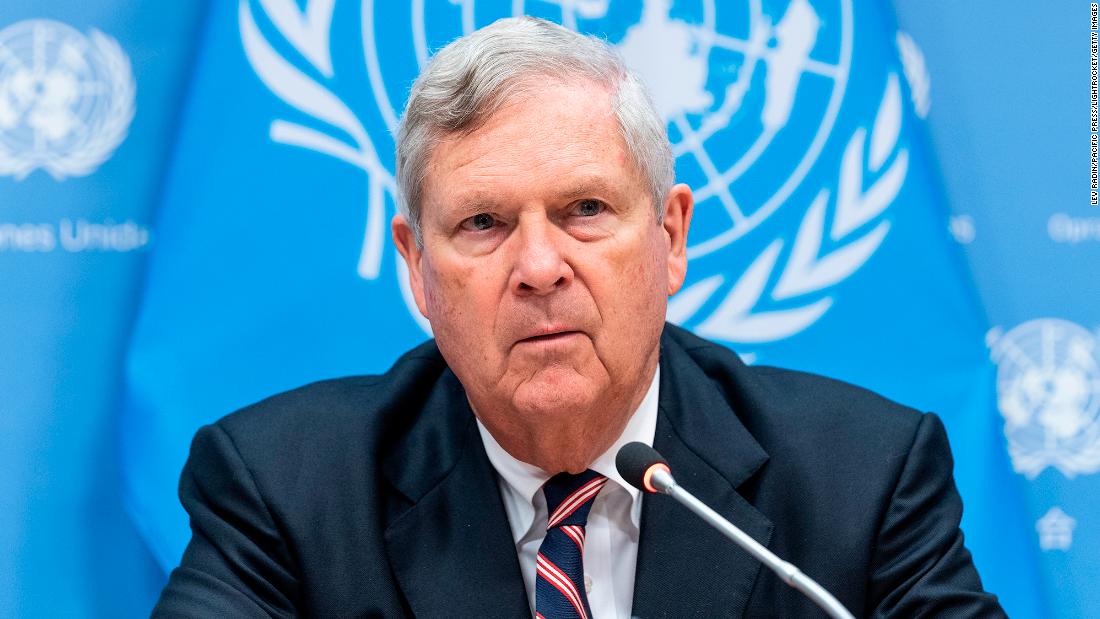 The USDA will allocate up to $300 million for projects to help struggling farmers, ranchers and forest landowners, including those who are poor, veterans and farmers of color, according to a department fact sheet provided to CNN. The agency is looking to partner with organizations that will lead the projects in hopes that it will help those when it comes to issues of accessing land, capital and markets. The USDA also is designating up to $250 million through the National Institute of Food and Agriculture for a program that will give students at HBCUs, minority-serving institutions and tribal colleges educational opportunities in areas including agriculture and nutrition. The precise criteria for securing a grant was not immediately announced.

In an interview, Agriculture Secretary Tom Vilsack told CNN that those able to propose a project could range from a Native tribe, foundation, state government or land-grant university and that the amount given will depend on how many applications the agency receives and the size. Vilsack said that through the project, those who will benefit won’t “do business directly” with the USDA but will work with whomever administers the project, such as a Native tribe, state government or HBCU.

Funding programs for students is “essential,” Vilsack said, and will give the schools “the opportunity to help us engage in recruiting, retaining, training and supporting this next generation of leaders.”

Organizations and groups interested in leading a project for struggling farmers should apply by October 28 and funding applications for educational institutions will be open through October 25.

Vanessa García Polanco, the policy campaigns co-director of the National Young Farmers Coalition, told CNN the new funding will help increase the pipeline for young and diverse farmers while also making it easier for them to start their operations. Student loan debt is a barrier for young, new farmers and can make it difficult for them to get a farming loan, García Polanco said.

“We believe this investment will mitigate a lot of the cost for young people that want to go into agriculture because the costs is a barrier,” she said, adding that she hopes there is an investment in farmers trying to get into the market to buy land.

“Our farmers are not competitive when it comes to buying land because they are being outbid by billionaires … corporations, foreign entities and just larger farms and hedge funds,” she said.

Under the Inflation Reduction Act, the federal government is now providing $2.2 billion for a program to give “financial assistance, including the cost of any financial assistance, to farmers, ranchers, or forest landowners determined to have experienced discrimination” prior to January 1, 2021, in USDA farm lending programs. The provision allows any farmer, of any race, to receive assistance up to $500,000 “as determined to be appropriate based on any consequences experienced from the discrimination.”

Vilsack said the USDA will not be administering the discrimination relief program but will instead hire outside entities, ranging from a foundation or an entity that has handled claims in the past, to make the decisions regarding discrimination claims. Removing the agency from the process and having a third party mitigate the claims will address concerns from applicants that their claims won’t be handled fairly, Vilsack said.

He said the structure for the program is still being determined and that the agency will likely request ideas on how it should be set up.

Another provision in the new law will provide $3.1 billion for “distressed borrowers” whose farming operations are at financial risk and will aim to help them keep their farms. The IRA also repealed an earlier Democratic-led effort to address debt relief payments for socially disadvantaged farmers and ranchers — a group that includes Black and other minority farmers — that has been the subject of several lawsuits from some White farmers.

Some farmers have previously expressed concerns to CNN that the process for aid could be drawn out. Pressed for a timeline as to when the program for distressed borrowers who are at financial risk could start, Vilsack said the agency would try to move as “expeditiously as we can.” He pointed to the October expiration of the Covid-19 public health emergency declaration — which, among other things, led to a moratorium on farm foreclosures — as a possible deadline, adding that the department could implement a “phased effort” in which some relief is provided immediately and other cases that are more complicated are given further review.

“This is complicated. It’s not a simple proposition,” Vilsack said. “There are a lot of moving parts that have to be considered and looked at.”