US warns it will defend ally if China breaks sea ruling 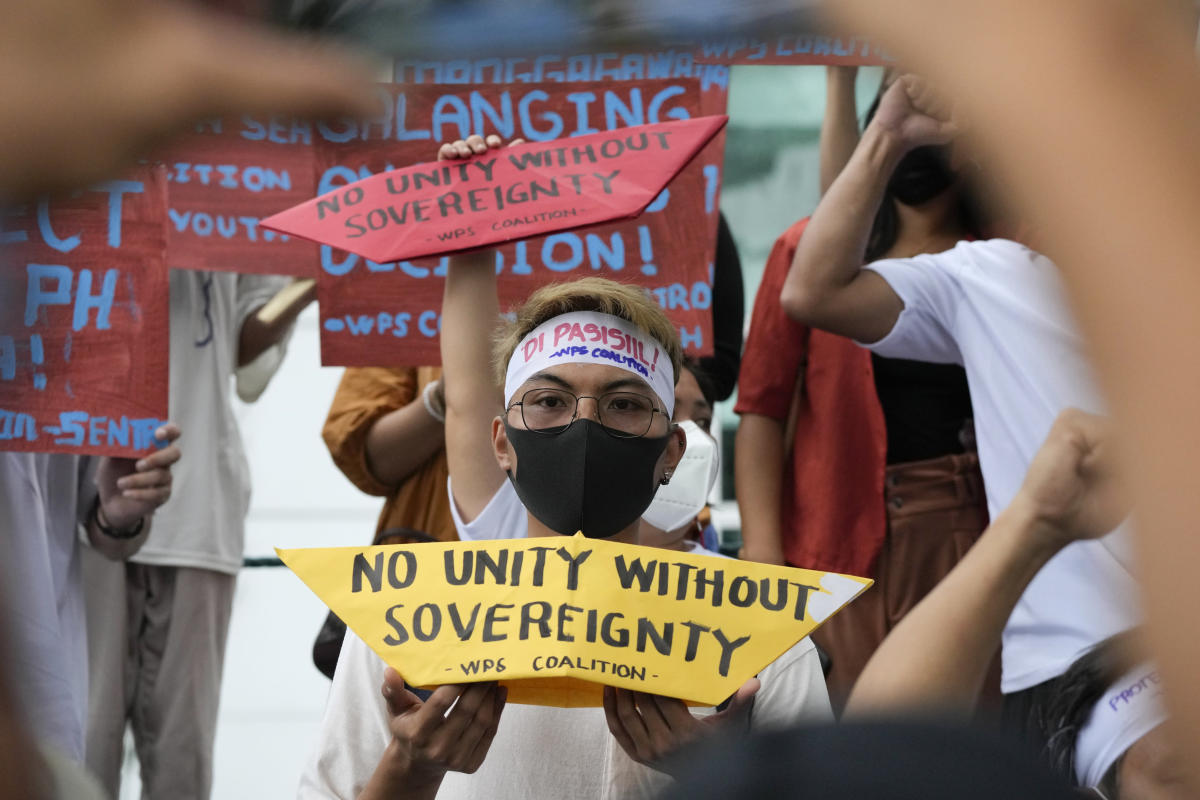 MANILA, Philippines (AP) — U.S. Secretary of State Antony Blinken renewed a call to China to comply with a 2016 arbitration ruling that invalidated Beijing’s vast claims in the South China Sea and warned that Washington is obligated to defend treaty ally Philippines if its forces, vessels or aircraft come under attack in the disputed waters.

Blinken’s statement, issued by the U.S. Embassy in Manila on Tuesday, was released on the sixth anniversary of the 2016 decision by an arbitration tribunal set up in The Hague under the United Nations Convention on the Law of the Sea after the Philippine government complained in 2013 against China’s increasingly aggressive actions in the disputed sea.

China did not participate in the arbitration, rejected its ruling as a sham and continues to defy it, bringing it into territorial spats with the Philippines and other Southeast Asian claimant states in recent years.

“We call again on the PRC to abide by its obligations under international law and cease its provocative behavior,” Blinken said, using the acronym of China’s formal name.

Aside from China and the Philippines, Vietnam, Malaysia, Taiwan and Brunei have had overlapping claims in the busy waterway, which is believed to be rich in undersea gas and oil deposits and where an estimated $5 trillion-worth of trade and goods are shipped through each year.

The flashpoint region has become a key front of U.S.-China rivalry.

Washington lays no claim to the disputed waters but has deployed its Navy ships and Air Force jets to patrol the waterway for decades and says freedom of navigation and overflight in the disputed region is in the U.S. national interest. That has provoked angry reactions from China, which has accused the U.S. of meddling in a purely Asian dispute and warned it to stay away.

Philippine Foreign Secretary Enrique Manalo said Tuesday that the arbitration ruling would be a pillar of the new administration’s policy and actions in the disputed region and rejected attempts to undermine the “indisputable” decision.

“These findings are no longer within the reach of denial and rebuttal and are conclusive as they are indisputable. The award is final,” Manalo said in a statement.

“We firmly reject attempts to undermine it … even erase it from law, history and our collective memories,” said Manalo, who did not name China but clearly alluded to it.

China would likely frown on the policy stance declared by Manalo for the administration of President Ferdinand Marcos Jr., who took office June 30 after a landslide electoral victory.

In 2019, Duterte said he finally asked Xi in a meeting in Beijing to comply with the ruling but was flatly told by the Chinese leader: “We will not budge.”

Marcos Jr. has upheld the arbitration ruling and said he would not allow even one “square millimeter” of Philippine waters to be trampled upon.

But in an interview with DZRH radio network in January before he won the presidency, Marcos Jr. said since China has refused to recognize the ruling, it won’t help settle disputes with Beijing, “so that option is not available to us.”

Marcos Jr. said then that Duterte’s policy of diplomatic engagement with China is “really our only option.”

He faced calls Tuesday to ask China to comply with the arbitration ruling and reverse Duterte’s soft approach that undermined Philippine sovereignty in the disputed sea.

Dozens of left-activists and laborers protested in front of the Chinese Consulate in Manila’s Makati financial district Tuesday, asking Beijing to respect the arbitration ruling and for Marcos Jr. to defend the country’s territory and sovereign rights in the South China Sea.