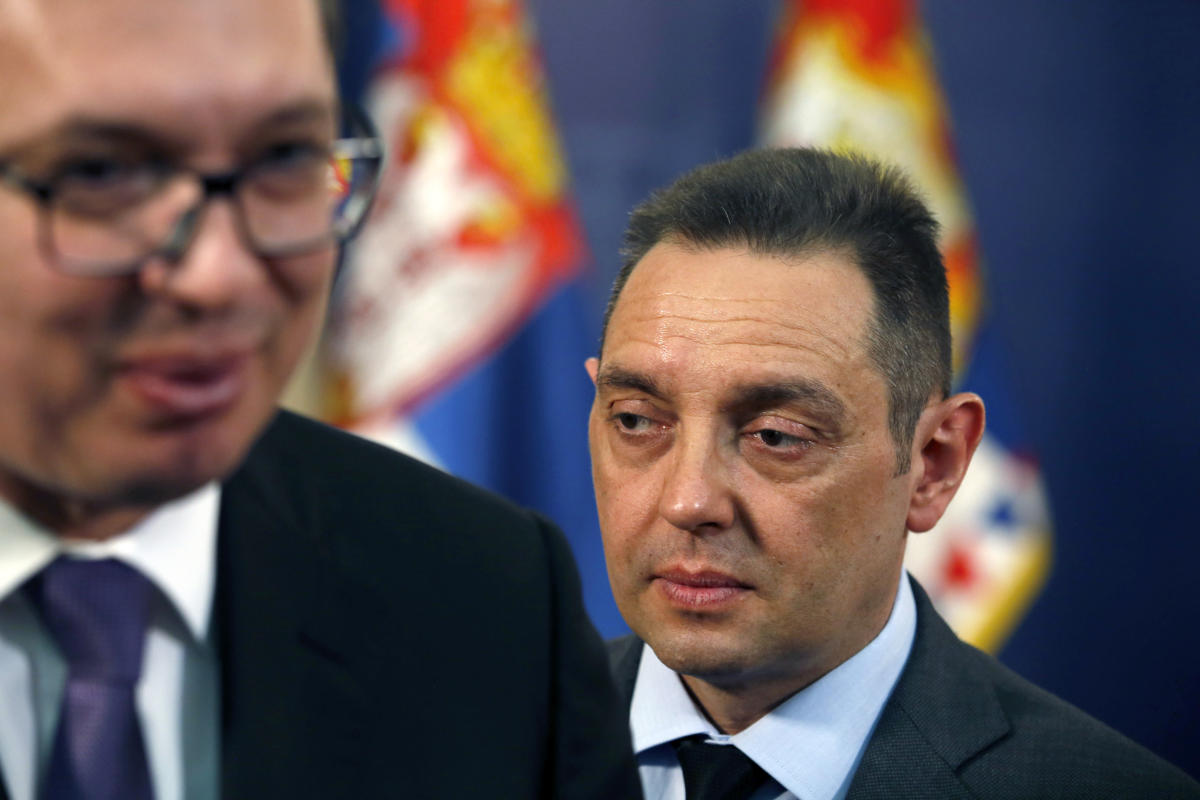 BELGRADE, Serbia (AP) — A senior Serbian minister on Monday advocated the creation of a “Serbian world” that would unite all Serbs in the Balkans into a single state, rejecting a U.S. warning that such calls could fuel tensions in the still-volatile region rocked by bloody wars in the 1990s.

“I dream of the unification of Serbs, just as all my ancestors dreamed of it,” Serbia’s Interior Minister Aleksandar Vulin said. “I know that one day it will be completed, peacefully, without violence and conflict.”

He was responding to a statement issued by the U.S. Embassy in Belgrade on Monday, which said that such “comments of the minister of the interior about the unification of all Serbs into one state are not in accordance with the Dayton Agreement and contradict Serbia’s integration into European structures.”

The U.S.-sponsored Dayton peace agreement reached in 1995 ended a bloody Bosnian war that killed more than 100,000 people and left millions homeless. But it also left Bosnia divided into a fragile federation that links an area run by Bosnian Serbs with another run by Bosniaks and Croats. Bosnian Serb leaders openly want to leave that unity government and join neighboring Serbia.

The U.S. Embassy was reacting to Vulin’s earlier interview with the government-controlled Politika daily in which he said “the only way for the Balkans to remain stable is for the Serbs to live in one state.”

Serbs are widely blamed for triggering the bloody breakup of the former Yugoslavia in the 1990s under a nationalist call to create “Greater Serbia,” the unification of all lands in the Balkans where Serbs live with Serbia.

The “Serbian world” call is a copy of Moscow’s “Russian world” demand that seeks the creation of another Soviet Union or a Russian Empire under Moscow’s control that would also include Ukraine.

Although formally seeking European Union membership, traditional Russian ally Serbia has refused to join Western sanctions against Russia for its invasion of Ukraine.

Staunchly pro-Russian Vulin has been advocating the “Serbian world” for a while. Analysts believe that he has only been openly saying what autocratic Serbian President Aleksandar Vucic is reluctant to state publicly, fearing a possible Western political backlash and isolation.