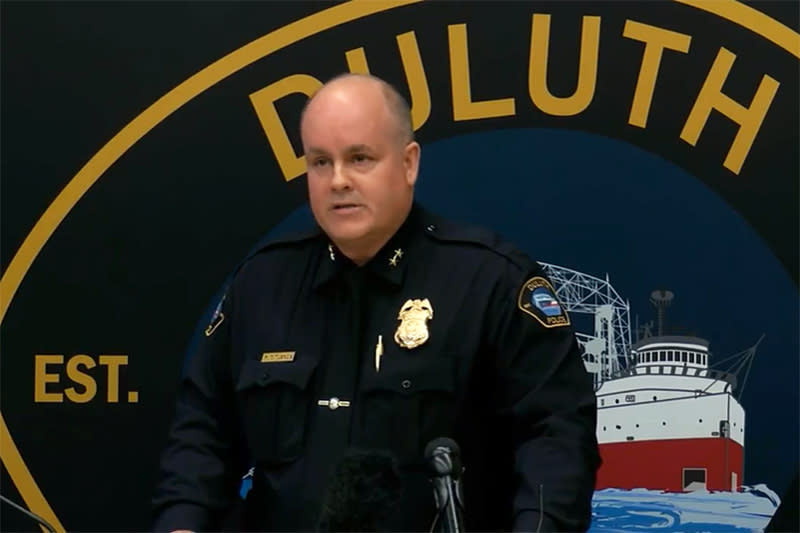 The bodies of five people and a dog were found at a Minnesota home Wednesday in what a police official called an “unimaginable tragedy.”

The people, who were not identified, appear to be related, the Duluth Police Department said in a statement.

A suspect was among the dead, a police spokeswoman said.

It wasn’t clear how the five people died. The spokeswoman, Kate Van Daele, declined to comment on the cause of death.

The department said another police agency had alerted authorities to a person with access to weapons at the home where the bodies were found.

During a news conference, Duluth Police Chief Mike Tusken did not provide details about the nature of their deaths but described the incident as a “unimaginable tragedy that struck our community, one that really is very, very difficult for us.”