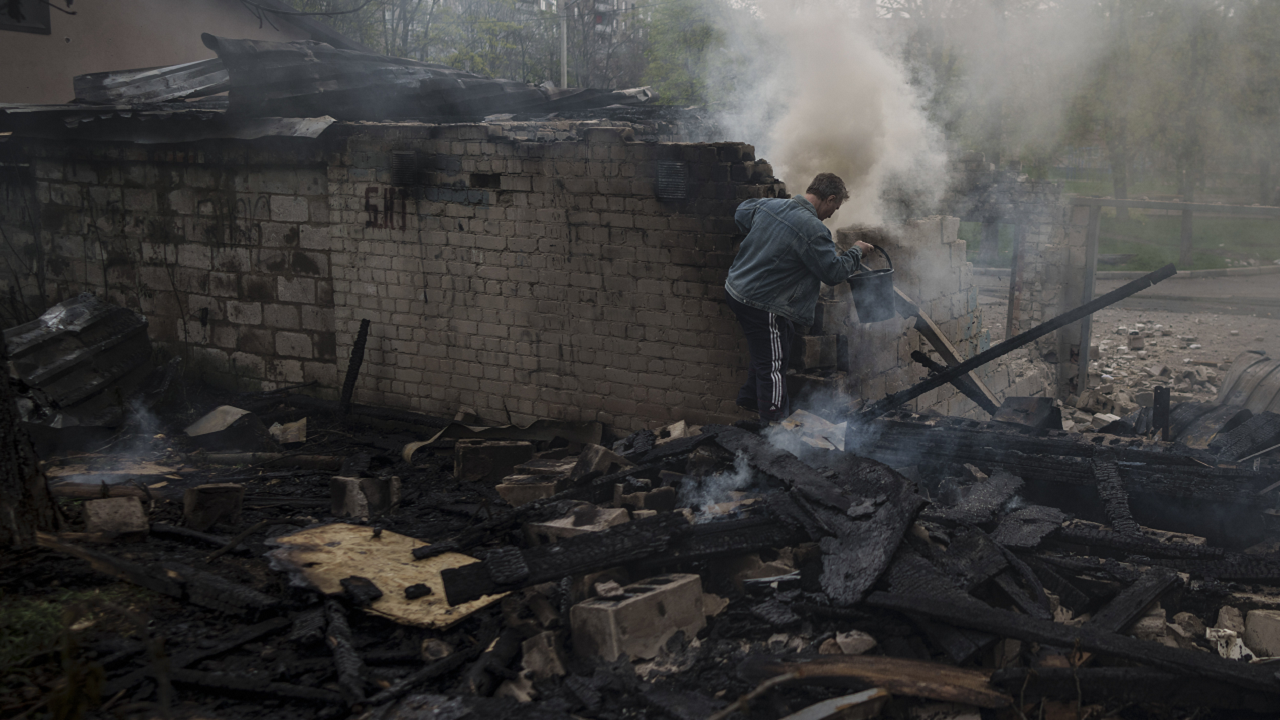 The mayor of Ukraine’s second-largest city, Kharkiv, said Thursday that Russia has launched an intense bombing campaign that is causing “huge blasts” throughout its streets.

In a televised address, Ihor Terekhov said around one million people remain in Kharkiv after about 30% were able to evacuate, according to Reuters.

A man tries to extinguish a fire following a Russian bombardment at a residential neighborhood in Kharkiv, Ukraine, on Wednesday.
(AP/Felipe Dana)

Speaking a press conference later, Terekhov told reporters that “every day there have been strikes from the air, from the ground.”

Some residents of the eastern city have been living in basements for weeks, hoping to stay safe from Russian shelling.

With no running water, gas or electricity, they collect rainwater and cook on open fires, burning debris from wooden buildings destroyed by the shelling.

In the Saltivka neighborhood, some have sought shelter in a school basement, where they have used school desks, tables and chairs to make beds, the Associated Press reports.

Firefighters work to extinguish fire at an apartments building after a Russian attack in Kharkiv, Ukraine, on Sunday.
(AP/Andrew Marienko)

One resident, speaking to the AP about her damaged apartment, said “all the windows and doors were blown off, but the walls held up.”

“It’s impossible to stay there as it’s on the eighth floor and when the shelling starts it’s not for the faint of heart,” she said.