Ukraine is decapitating Russian tanks due to a ‘jack-in-the-box’ design flaw, reports say 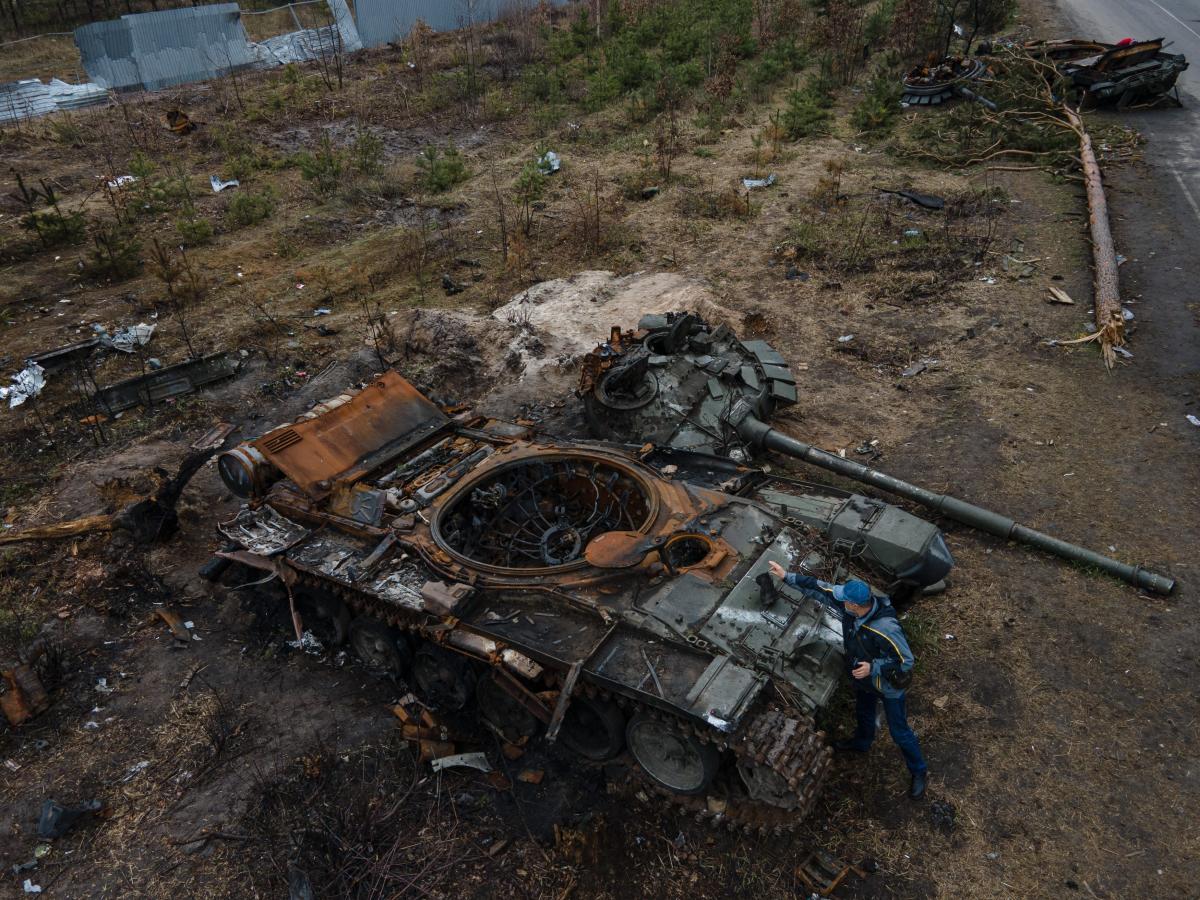 Images of destroyed Russian tanks with their turrets blown off have become common since the beginning of the invasion of Ukraine.

Experts say that Russian tanks have a design flaw that makes them vulnerable to being decapitated by Ukrainian attacks, called a “jack-in-the-box effect,” CNN reported.

The issue lies in the fact that Russian tanks carry their supply of up to 40 shells in their turrets, which means that even an indirect hit can cause the entire ammunition store to explode.

“What we are witnessing with Russian tanks is a design flaw,” Sam Bendett, an adviser with the Russia Studies Program at CNA, told CNN.

“Any successful hit quickly ignites the ammo causing a massive explosion, and the turret is literally blown off.”

One video posted on Twitter appeared to show a Russian tank turret that had landed on the fifth floor of an apartment building in Mariupol after an attack.

A similar video from Chernihiv showed a turret lodged on the second floor of a house.

The issue is particularly prevalent in Russian-made T-72 and T-80 tanks because they have autoloading mechanisms that typically store about 20 rounds when fully loaded, Steven Zaloga, an expert on Russian and Soviet armor, told military publication Task & Purpose.

He added that the internal volume of Russian tanks is much smaller than Western ones.

“If you get a penetration to the interior of the tank, there’s a high probability you’re going to hit something,” Zaloga told the outlet.

it is not a new issue– many Russian-made T-72 tanks used by Iraq during the Gulf wars in 1991 and 2003 were similarly decapitated.

Nicholas Drummond, a defense industry analyst and former British Army officer, told CNN that Russia hadn’t learned the lessons from Iraq, which is why many of its tanks in Ukraine feature similar design flaws.

“If you don’t get out within the first second, you’re toast,” he said.

Despite the newer Russian T-80 and T-90 tanks having upgraded armor, they suffered from similar ammunition loading systems problems, making them vulnerable to the same fate.

The issue also affects other Russian vehicles deployed in Ukraine, such as the BMD-4 infantry fighting vehicle, operated by a crew of three and can carry another five soldiers.

Drummond told CNN that the vehicle was a “mobile coffin” that was “just obliterated” when hit by a rocket.

Open-source intelligence monitoring website Oryx has documented at least 300 Russian tanks destroyed in Ukraine, and over 280 that have been damaged, abandoned, or captured, as of April 29.

The site only includes destroyed tanks of which photo or video evidence is available, so the true figure is likely to be much higher.

British Defense Secretary Ben Wallace on Monday estimated that Russia had lost as many as 580 tanks in Ukraine.

The latest statistics, published by the Ukrainian Land Forces, claim 873 Russian tanks have been destroyed, along with 2238 armored vehicles, per reports.