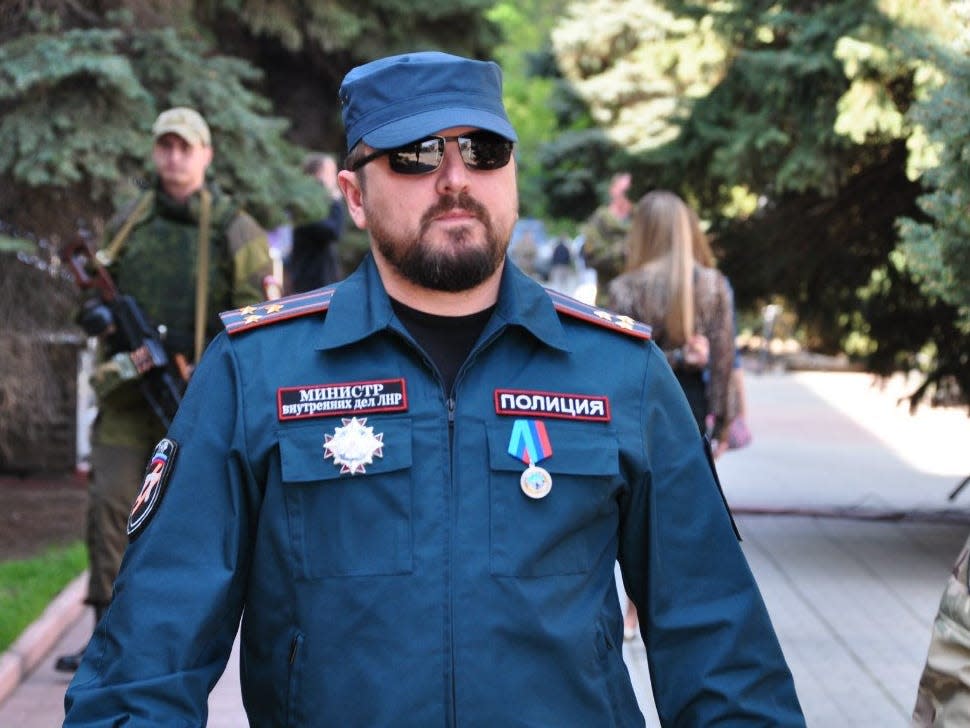 The Ukrainian Defense Ministry claimed on Wednesday that Russia’s domestic security forces arrested a pro-Russian separatist leader in the eastern region of Ukraine in the latest fallout over its failed invasion of the eastern European country.

Ukrainian intelligence said in a statement that Russia’s Federal Security Service arrested the “Minister of the Interior Major General” Igor Aleksandrovich Kornet of the self-declared Luhansk People’s Republic [LPR] in the pro-Moscow Donbas region of Ukraine, citing information it had obtained.

Kornet, 49, was allegedly being held at a pre-trial detention center in the Russian city of Rostov-on-Don on Ukraine’s eastern border, according to the Ukrainian Defense Ministry.

Ukrainian intelligence said the arrest was part of a “cleaning out” of leadership of the LPR that “serves as a testament to Moscow’s inability to follow through with goals set by the current leaders of the ‘LPR’ in terms of waging war on Ukraine.”

Insider could not independently verify that Kornet was taken into custody.

The arrest, the Ukrainian Defense Ministry said, “was met with negative backlash” from the breakaway state of Luhansk People’s Republic’s “power structure and political leadership, who see it as a beginning to a change in the organization of power within the quasi-state.”

The government agency added that Russia is trying to mobilize more troops into eastern Ukraine.

“The mobilization of personnel is to quickly replace losses suffered by the subdivisions of the Russian Federation’s second army corps of the occupier forces, and to continue actions of war against Ukraine,” the Ukrainian government said.

Russia recently shifted the focus of its invasion of Ukraine to the eastern region after Russian troops failed to take the Ukrainian capital of Kyiv after weeks of sustained shelling.

“Another stage of this operation [in eastern Ukraine] is beginning and I am sure this will be a very important moment of this entire special operation,” Russian Foreign Minister Sergey Lavrov said in an interview with India Today on Tuesday, according to the state-owned TASS news agency.