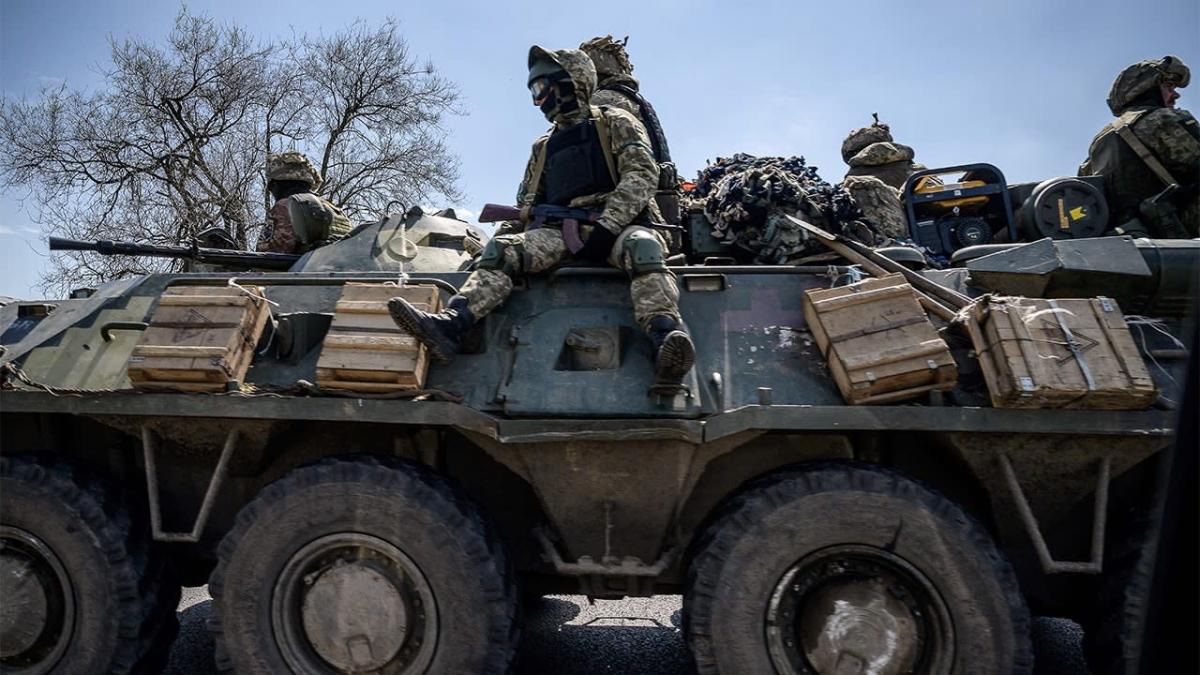 Ukraine on Friday is admitting to have suffered “serious losses” in battles in the country’s east, but added that Russia’s are “colossal”.

The admission comes as the United Kingdom’s Ministry of Defence tweeted that “due to strong Ukrainian resistance, Russian territorial gains have been limited and achieved at significant cost to Russian forces.”

“We have serious losses but the Russians’ losses are much, much bigger… They have colossal losses,” Ukrainian presidential adviser Oleksiy Arestovych said, according to Reuters.

A video posted online Friday by Ukraine’s military purportedly shows a Russian tank in flames along the side of the road.

“It feels good to burn. This is how Ukrainian soldiers continue to destroy Russian occupants along with armor equipment,” it said.

The U.K. says the battle over the Donbas region “remains Russia’s main strategic focus, in order to achieve its stated aim of securing control over the Donetsk and Luhansk oblasts.”

Ukraine’s military, on its Facebook page, said Russian forces are firing artillery, mortars and rocket-propelled grenade launchers at its positions in the Donetsk and Tavriya regions to prevent the regrouping of troops.

“Russian occupiers continue to blockade Ukrainian units in Mariupol, near the Azovstal [steel] plant,” it added.

Ukraine’s military also said Friday that Russian forces “continue to take measures to restrict the movement and detention of local residents and block humanitarian goods from the territory of Ukraine.

“In addition, Russian occupiers are robbing peasants,” the military wrote on its Facebook page. “For example, more than 60 tons of wheat were stolen from an agricultural society in the town of Kamianka-Dniprovska together with a truck.”