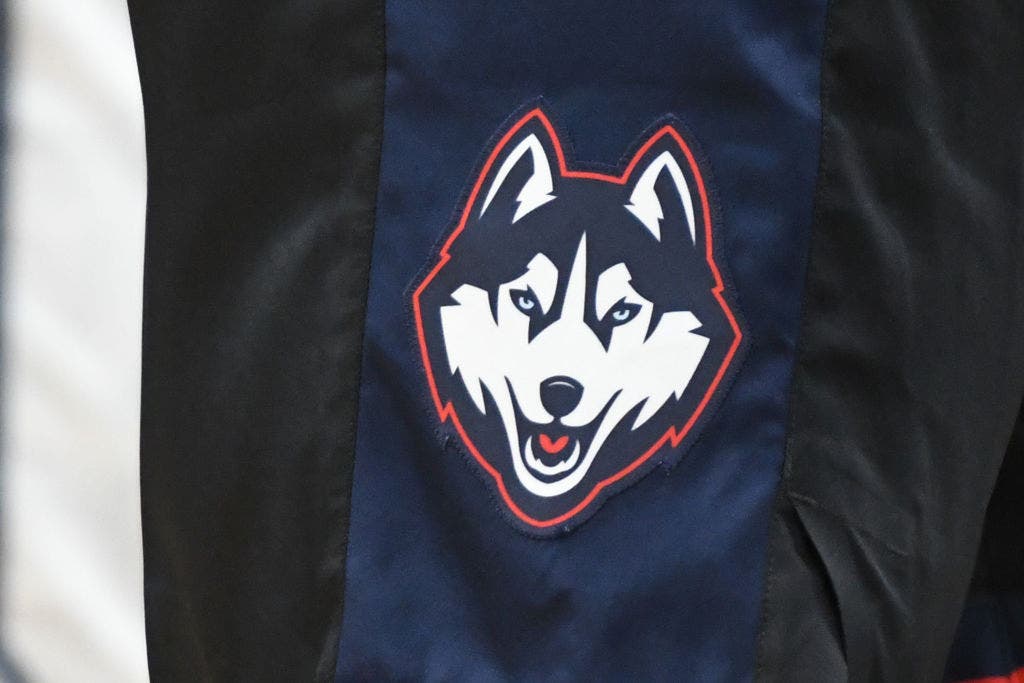 The school provided no further details and did not say whether Spanos is expected to return this season.

The 51-year-old served as UConn’s defensive coordinator from 2019-21 and became the Huskies’ interim head coach after Randy Edsall left the team two games into a 1-11 season a year ago.

RYAN KALKBRENNER TAKES OVER, CREIGHTON HOLDS OFF NO. 18 UCONN

The Connecticut Huskies logo on a pair of shorts during a college basketball game at the Capital One Arena. UConn’s defensive coordinator is taking a leave of absence.
(Mitchell Layton/Getty Images)

Spanos was Jim Mora’s defensive coordinator at UCLA in 2012 and 2013 and agreed to coach under him again after Mora was hired to be the Huskies’ head coach in December.

UConn opens its season Aug. 27 at Utah State. A replacement for Spanos has not been named.