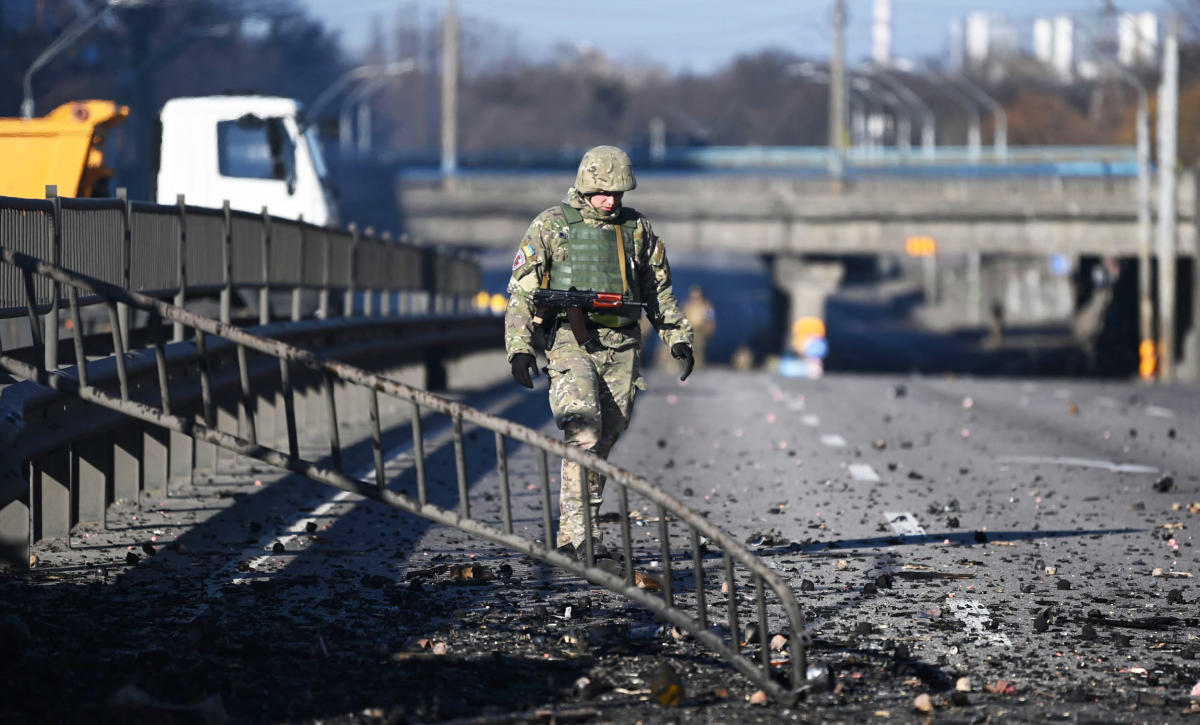 As Russia launched its invasion, the U.S. gave Ukrainian forces detailed intelligence about exactly when and where Russian missiles and bombs were intended to strike, prompting Ukraine to move air defenses and aircraft out of harm’s way, current and former U.S. officials told NBC News.

That near real-time intelligence-sharing also paved the way for Ukraine to shoot down a Russian transport plane carrying hundreds of troops in the early days of the war, the officials say, helping repel a Russian assault on a key airport near Kyiv.

It was part of what American officials call a massive and unprecedented intelligence-sharing operation with a non-NATO partner that they say has played a crucial role in Ukraine’s success to date against the larger and better-equipped Russian military.

The details about the air defenses and the transport plane, which have not previously been reported, underscore why, two months into the war, officials assess that intelligence from U.S. spy agencies and the Pentagon has been an important factor in helping Ukraine thwart Russia’s effort to seize most of the country.

“From the get-go, we leaned pretty heavily forward in sharing both strategic and actionable intelligence with Ukraine,” a U.S. official briefed on the matter told NBC News. “It’s been impactful both at a tactical and strategic level. There are examples where you could tell a pretty clear story that this made a major difference.”

In a statement, a spokesperson for the White House National Security Council said, “We are regularly providing detailed, timely intelligence to the Ukrainians on the battlefield to help them defend their country against Russian aggression and will continue to do so.”

NBC News is withholding some specific details that the network confirmed about the intelligence sharing at the request of U.S. military and intelligence officials, who say reporting on it could help the Russians shut down important sources of information.

“There has been a lot of real-time intelligence shared in terms of things that could be used for specific targeting of Russian forces,” said a former senior intelligence official familiar with the situation. The information includes commercial satellite images “but also a lot of other intelligence about, for example, where certain types of Russian units are active.”

Ukraine continues to move air defenses and aircraft nearly every day with the help of American intelligence, which is one reason Russia has not been able to establish air dominance. In some cases, Ukraine moved the targeted air defense systems or planes just in time, the officials said.

While U.S.-Ukrainian cooperation had been building since Russia seized Crimea in 2014, the Biden administration shifted into high gear in the weeks before the Russian invasion, when a U.S. military team visited to assess the state of Ukraine’s air defenses. The Americans provided Ukraine with detailed advice about how to disperse their air defense systems, a move that U.S. officials say helped Ukraine prevent Russia from seizing control of the skies.

Once the invasion got underway, lawyers in the U.S. defense and intelligence bureaucracy imposed guidance that in some cases limited the sharing of targeting information that could enable lethal Ukrainian strikes against Russians. But as Russia’s aggression has deepened, and under pressure from Congress, all of those impediments have been removed, officials say.

Earlier this month, for example, the director of National Intelligence withdrew and replaced a memo that prohibited intelligence sharing for the purposes of regaining captured territory or aiding Ukrainian strikes in Crimea or the Donbas, officials said. NBC News was first to report on the expanded sharing.

Even before the change, the U.S. had provided Ukraine with timely information enabling it to better target Russian forces.

Those early shoot-downs helped thwart the Russian air assault operation designed to take Hostomel Airport near Kyiv, which would have allowed the Russians to flood troops and equipment to the region around the capital. The Russians eventually took the airport for a time, but never had enough control to fly in massive amounts of equipment. That failure had a significant impact on the battle for Kyiv, U.S. officials say.

The CIA is also devoting significant resources, current and former officials say, to gathering intelligence with the aim of protecting Ukrainian President Volodymyr Zelenskyy, whom the Russians want to kill. The agency is consulting with the Ukrainians on “how best to move him around, making sure that he’s not co-located with his entire chain of command, things like that,” a U.S. official said.

“I would say where we are at is revolutionary in terms of what we have been able to do,” Army Lt. Gen. Scott Berrier, director of the Defense Intelligence Agency, told Congress last month in describing the sharing of information and intelligence between the U.S. and Ukraine.

CIA Director William Burns told Congress last month that when he met with Zelenskyy in Kiev in January, “We shared with him intelligence we had at the time about some of the most graphic and concerning details of Russian planning about Kyiv as well and we’ve continued to do that every day since then.”

White House press secretary Jen Psaki said last month that the U.S. has shared “a significant amount of detailed timely intelligence on Russia’s plans and activities with the Ukrainian government to help Ukrainians defend themselves,” adding that the material “includes information that should help them inform and develop their military response to Russia’s invasion, that’s what’s happening — or has been happening.”

“There has been a very robust relationship between U.S. intel agencies and the Ukrainians for the last eight years,” the official said, adding that by the time Russia invaded two months ago, the U.S. trusted Ukraine enough to provide details of Russian troops’ deployment, attack routes and real-time targeting information.

“The foreknowledge we had of Russian plans and intentions shows that our intelligence was very solid on the overall situation,” said John McLaughlin, a former acting CIA director who now teaches at the Johns Hopkins School of Advanced International Studies. “So just logically, if we so earnestly want them to win as we have publicly said, it only follows that we’d be giving them the results of intelligence. It would be along the lines of, ‘Here’s what we know — it doesn’t matter how we know it.’”

One Western intelligence official noted that it’s not only the intelligence that has proven decisive — it’s the performance of the Ukrainians in using it. The source said Ukrainians have fought the Russians with agility and courage, and when they have received actionable intelligence, they have moved with astonishing speed.

McLaughlin said the Ukrainians have made clever use of so-called open-source intelligence — commercial satellite imagery and intercepts of Russians talking openly on unencrypted radios.

“The fact that there is so much open source [intelligence] available means that those collecting classified intelligence can focus on the things that are really hard and not publicly available.”

As the Ukrainian government sees it, intelligence sharing has improved, a source familiar with the government’s view told NBC News. That’s as far as he would go.