Tulsi Gabbard explains why she lawyered up against Mitt Romney, says he’s trying to silence dissent 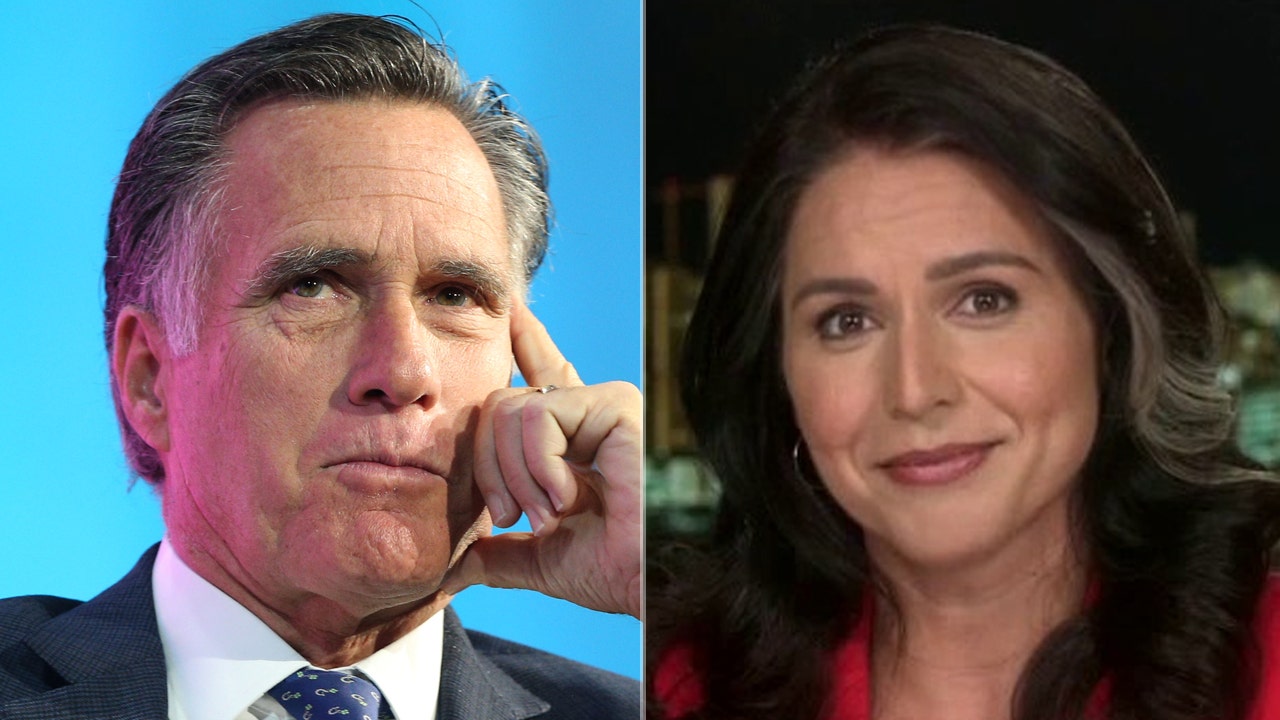 Former Rep. Tulsi Gabbard, D-Hawaii, said Wednesday that Sen. Mitt Romney accusing her of treason was his way of protecting the Washington establishment from criticism.

Gabbard sent a cease and desist letter to Romney over his accusation. “Your … malicious [tweets] … could not be further from the truth. Representative Gabbard is loyal to the United States and its interests,” the letter said.

“I still serve in the U.S. Army reserves today. I’m a lieutenant colonel, and 19 years ago when I enlisted in the military, I took an oath to support and defend our Constitution,” she said on “Tucker Carlson Tonight.”

“When powerful and influential people basically threaten and intimidate people into silence as Mitt Romney … [is] doing, they’re hoping to achieve that effect that if anybody dares speak out against the government … [or] criticize whatever the washed, permanent Washington establishment narrative is, then you will be smeared … as a treasonous traitor,” she told host Tucker Carlson.

The feud began when Tulsi Gabbard expressed concern that biolabs in Ukraine could be “compromised” during the Russian assault of Ukraine. Fox News’ Jennifer Griffin reported that the labs were from the Soviet era, saying “Those are Soviet-era biolabs that the U.S. has engaged in since 2005 in trying to help Ukraine convert the facilities safely.”

Gabbard quipped back on Twitter, calling for Romney to resign from the Senate if he couldn’t back up his accusations against her.