Tucker Carlson: Because of Elon Musk, tyrants are grieving 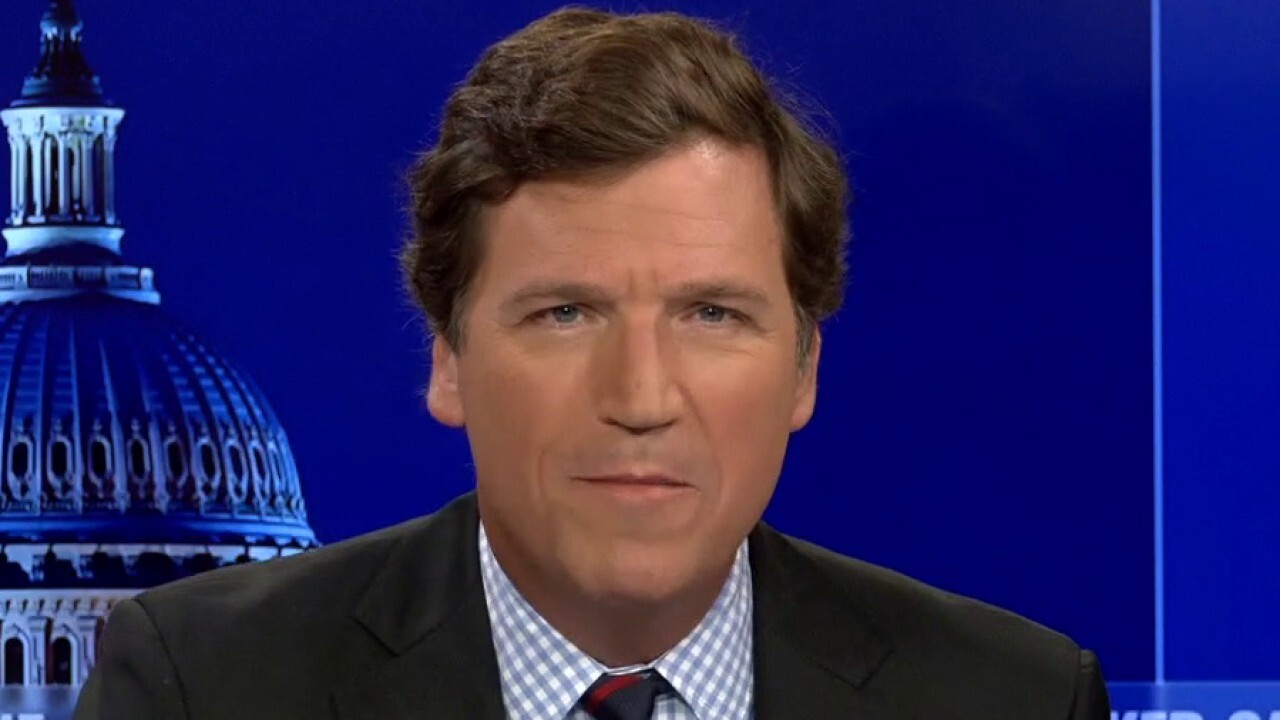 Good news, we don’t get that often. It’s April 25 2022. Elon Musk bought Twitter today. That means that Twitter henceforth will be privately held. Elon Musk will determine what is allowed on the platform.

Now, why is this significant? Not because it singles the sudden arrival of oligarchy as you’re hearing now. It’s too late for that; oligarchy is already here. Every major tech company is already controlled by billionaires. That’s been the case for a long time, so this is nothing new. The reason today’s sale of Twitter is big news, the reason it could turn out to be a pivot point in our history, is that Elon Musk does not agree with the rest of the billionaires in the tech business. Unlike the leaders of Facebook, Google, Apple, Amazon, Elon Musk believes in free speech. He thinks everyone should be allowed to talk, including people who disagree with him.

“I hope that even my worst critics remain on Twitter,” Musk wrote today on his new platform.” because that is what free speech means.” Now, that sounds like an entirely American sentiment, but in this atmosphere, that is a revolutionary posture. Of the five companies that control the flow of virtually all information that is consumed by the citizens of this country, Twitter is by far the smallest of the group, but it doesn’t matter. One platform going rogue is enough to break the monopoly. That means you now have real options for expressing yourself.

Going forward if you disagree with the administration’s latest directive, you get to say so out loud to an audience. So, they’re up there every day from the podium, the biggest megaphone in the world commanding you to hate this or that group, lecturing you about who’s good and who’s evil as if you’re a child and have no right to decide for yourself these things, the basic things, but before today, you didn’t have a right to express your disagreement in public. If you had an opposing opinion or even more dangerous than that, if you had countervailing facts that undermine their storyline, the tech companies would shut you down immediately. It happened to us. It happened to a lot of people, most of whom you’ve never heard of. Never hearing about those people was the whole point of shutting them down. But that’s over.

After today, you’ll be able to post your dissent in a place where other people might have a reasonable chance of seeing it. In other words, you will have a chance to change other people’s minds just like the White House does every day. So, you just became a little more powerful. The people already in charge just became a little less powerful. It’s that simple, and it’s that profound.

Of course, it could change. It’s possible that at some point Elon Musk will decide he doesn’t really want dissenting views on Twitter. That could happen. Elon Musk can do whatever he wants, just as Jeff Bezos and Mark Zuckerberg can do whatever they want and often do. This is the cost to the rest of us of living under a political system that is so dysfunctional it cannot even guarantee the core freedoms it promises its own citizens and free speech is the first on that list. Why? Because democracy depends upon free speech and the irony is, if you’d like to save democracy, you are forced to look outside the democratic system in order to do it.

At this point, you have no choice but to put your hopes in the good intentions of an eccentric billionaire. There’s no other option because no one else is coming to the rescue. So, in the case of Elon Musk, we will see how this turns out, but for now, Musk’s purchase of Twitter is the single biggest political development since Donald Trump’s election in 2016. It is certainly the most threatening challenge to the corrupt and incompetent leadership of this country. Now, that may not be obvious to everyone yet, but the people in charge certainly understand it. The scene inside Twitter’s San Francisco headquarters when the Musk deal was announced was akin to the scene when Hillary Clinton lost the 2016 election.

It is the collective grief of people who thought they were going to be fully in charge, who totally believed they’d be able to rule without limit. Those people learned that actually other people get to talk too and that realization is crushing to them. It’s the one thing they fear and that tells you everything about why those people should never be near power. People who want a monopoly on speech and thought, hate Elon Musk not because he’s a racist. He’s not, but because they can’t control him. They hate him because he persists in saying things like this:

HOST: But why make that offer?

ELON MUSK:  Well, I think it’s very important for there to be an inclusive arena for free speech. My strong, intuitive sense is that having a public platform that is maximally trusted and broadly inclusive is extremely important to the future of civilization.

HOST: But you’ve described yourself…

ELON MUSK: I don’t care about the economics at all.

So free speech is extremely important to civilization. Are you triggered by that? It’s often hard to know who’s on what side, so much lying. Who are the good guys and who are the bad guys? Well, here’s a very clear, simple and unerring test. Who are the tyrants? They’re anyone who is bothered by the idea that other people might get to talk. That is an unfailing test. It’s 100% accurate. Would you allow people who disagree with you to talk? If you wouldn’t, you were a tyrant and tonight the tyrants are grieving.

In Congress, Democrats made a last ditch bid to use their power to intimidate Elon Musk into backing off. Congresswoman Katherine Clark of Connecticut wrote this “If they can afford to buy Twitter, they can afford to pay their fair share in taxes. Retweet if you’re ready to support Joe Biden’s billionaire minimum income tax.” But it’s funny, didn’t National Review write a bunch of pieces the other day saying it was wrong for Ron DeSantis to use his power in Florida to punish a company? I wonder if they’re as upset about this.

All of a sudden, Democrats are calling for any kind of higher taxes on the big companies that fund their campaigns. Why? Because here’s one that may not fund their campaigns. Congresswoman Bonnie Watson Coleman wrote this, “If you can buy a major social media platform, you can pay your fair share in taxes. Tax. The Rich.”

NAACP URGES MUSK TO KEEP TRUMP OFF TWITTER, ACLU WARNS OF SO MUCH POWER FOR ONE PERSON

Haven’t heard that from the left in a while. Why are they so mad? Because their monopoly on speech and information, the ability to control what you believe, has been broken. So once again, they’re resorting to force to get you to shut up. This is not an attack on Elon Musk. They’re not going to tax him into poverty. He’s the world’s richest man. This is an attack on you and your right to speak freely, to express your conscience in public. But for once, it’s not working and the media are infuriated. They’re profoundly threatened by a free internet and so they’re panicked.

JOY REID, MSNBC: Elon Musk is the new power at the social media giant and he is foaming the runways for the return of the trolls.

JASON JOHNSON, MSNBC: This is happening in the background of Elon Musk saying, “Basically, I want to buy Twitter so I can open it up and turn it into Gab and let Donald Trump back.” So, there are real consequences to allowing anybody to run these internet sites and say whatever it is they want.

So Elon Musk is a threat to the weak, say the most privileged and powerful people in our society. Really? Are they really standing up for the weak? No, the weak are the people who aren’t allowed to say what they really think. Those are the weak and what you just saw are the strong demanding the silence of the weak. Everyone’s kind of figured this out, except the people demanding it. They’re so up their own butts that you just heard them say that Twitter is a fiduciary duty to ignore its shareholders, block the deal and continues Twitter’s decline in the market. It doesn’t even make any sense and because it doesn’t, you can be certain you were watching in meltdown and of course, at the bottom of the meltdown is always the same charge. “He’s a racist.” Wait for the New York Times piece telling you, “Elon Musk is a racist.”

Shaun King, the fake Black activist on Twitter, wrote this, “At its root. Elon Musk wanting to purchase Twitter is not about left versus right. It’s about White power. The man was raised in Apartheid by a White nationalist. He’s upset that Twitter won’t allow White nationalists to target, harass people. That’s his definition of free speech.” So, you have a fake Black guy, attacking Elon Musk because of his parents, right?

Musk hasn’t responded point by point to all this and again, there’s something a little bit pathetic if you care about democracy and pinning their hopes on one guy, but again, what are our options at this point? So far, Elon Musk has said all the right things.

In a statement this afternoon, announcing his purchase of Twitter, he said this: “Free speech is the bedrock of a functioning democracy and Twitter is the digital town square where matters vital to the future of humanity are debated. I also want to make Twitter better than ever by enhancing the product with new features, making the algorithms open source to increase trust, defeating the spam bots and authenticating all humans. Twitter has tremendous potential. I look forward to working with the company and the community viewers users to unlock it.”

Now, if that’s even half true, how is it not an improvement over what we currently have, where people are arbitrarily banned depending upon the whims of politicians in charge, where the powerful crush the week to maintain their power? If you think the status quo is better than that, then you’re a tyrant.

This article was adapted from Tucker Carlson’s opening commentary on the April 25, 2022 edition of “Tucker Carlson Tonight.”