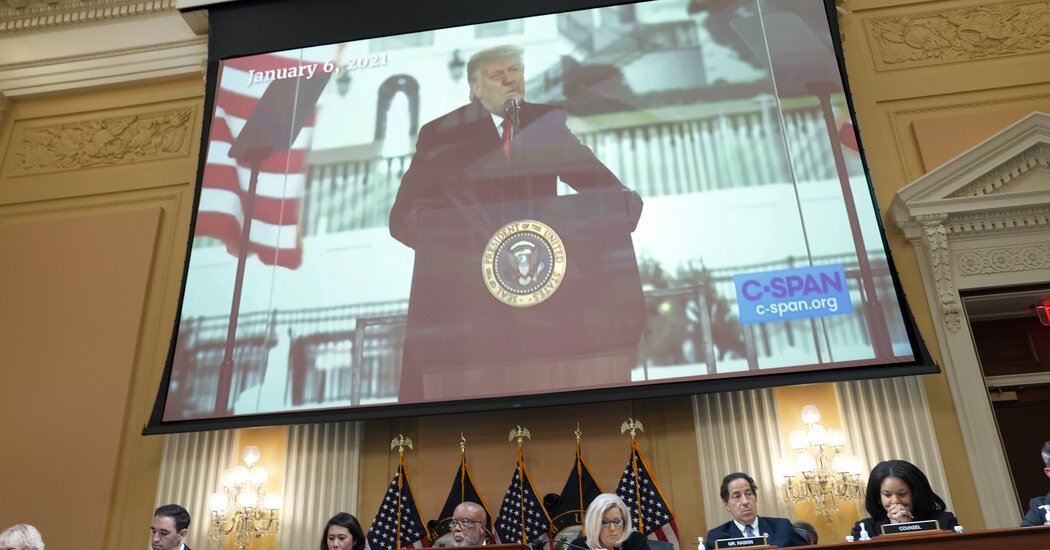 Early the next morning, once the meeting ended, Mr. Trump posted the message on Twitter urging his supporters to come to Washington on Jan. 6, writing, “Be there, will be wild!”

The response to the message was immediate and electric.

It was quickly amplified by prominent Trump supporters with influential followings, like Alex Jones, the impresario of the conspiracy-laden media outlet Infowars, and the right-wing podcaster Tim Pool.

In the darkest corners of the internet, Trump supporters on websites such as TheDonald.win soon began discussing bringing handcuffs, body armor, shields, bats and pepper spray to Washington. Others talked about committing violence.

“Why don’t we just kill them?” one person wrote on the chat board 4chan. “Every last democrat, down to the last man, woman, and child?”

Within days of it being posted, a pro-Trump organizing group called Women for America First changed its plans to hold a rally in Washington after Mr. Biden’s inauguration, moving the event up to Jan. 6. Around the same time, the committee showed, the prominent Stop the Steal organizer Ali Alexander registered the website WildProtest.com, which provided information about numerous protests in Washington on Jan. 6 with event times, places, speakers and details on transportation.

Mr. Alexander sent a text to an associate on Jan. 5, 2021, saying that he believed Mr. Trump was going to “order” him and his associates to march to the Capitol, the committee showed.