Trump Says He Could Have Made Musk ‘Drop to His Knees’ 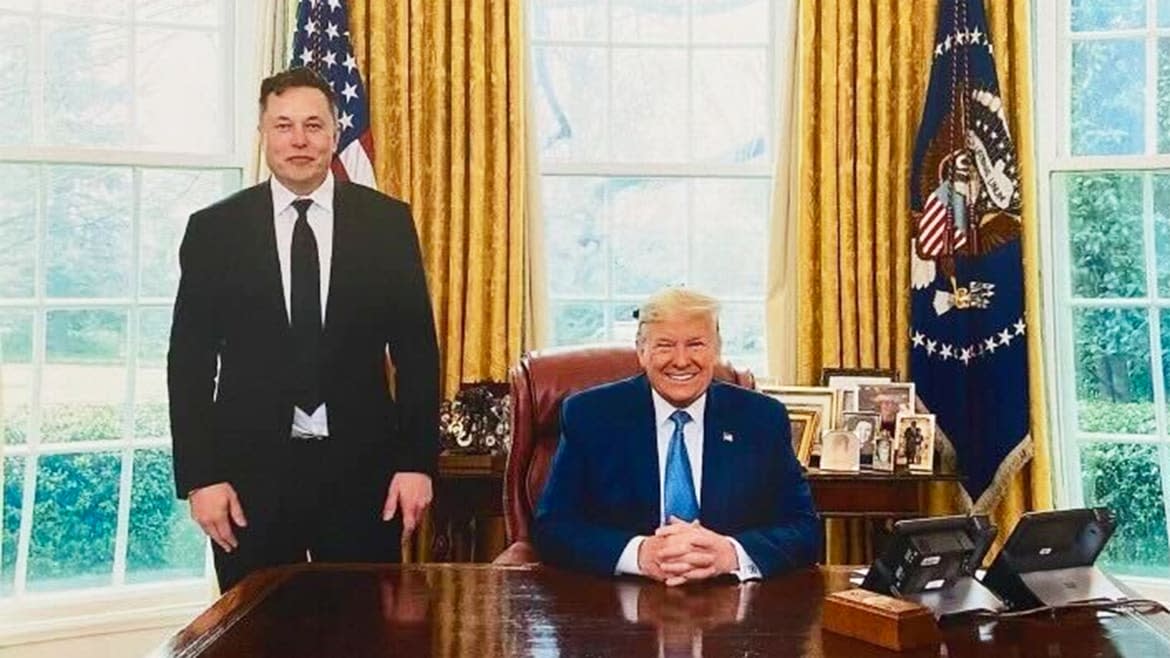 The war of words between former President Donald Trump and Elon Musk is intensifying—and getting weirder.

On Tuesday evening, Trump responded to a series of tweets the Tesla CEO had sent Monday encouraging Trump to end his political career.

“I don’t hate the man, but it’s time for Trump to hang up his hat & sail into the sunset,” Musk had declared on Twitter. “Dems should also call off the attack—don’t make it so that Trump’s only way to survive is to regain the Presidency.”

No surprise that the former president didn’t take well to the slight. For his part, he took to his right-wing social media network Truth Social and assailed Musk, recalling one of the many times the Tesla CEO visited the White House during his administration.

“When Elon Musk came to the White House asking me for help on all of his many subsidized projects, whether it’s electric cars that don’t drive long enough, driverless cars that crash, or rocketships to nowhere, without which subsidies he’d be worthless,” Trump wrote, “and telling me how he was a big Trump fan and Republican, I could have said, ‘drop to your knees and beg,’ and he would have done it.”

For good measure, the ex-president appeared to revel in Tuesday’s other Musk news: Twitter is suing the moon-loving billionaire, alleging that he broke a contract to purchase the company.

“Now Elon should focus on getting himself out of the Twitter mess because he could owe $44 billion for something that’s perhaps worthless. Also, lots of competition for electric cars!”

Throughout the day, Trump also attacked the House Jan. 6 committee, issued endorsements to MAGA-friendly candidates, and shared baseless claims that the 2020 election was “rigged.”

“The Cheating and Irregularities were unbelievable,” the ex-president fumed after the committee tasked with investigating the Capitol riot disclosed that Trump attempted to contact a witness who has yet to appear before the panel, constituting potential witness interference.