Trump reportedly mocked the idea of rescheduling his Tulsa campaign rally on Juneteenth: ‘Accommodate these people? Have you ever heard of such a ridiculous thing?’ 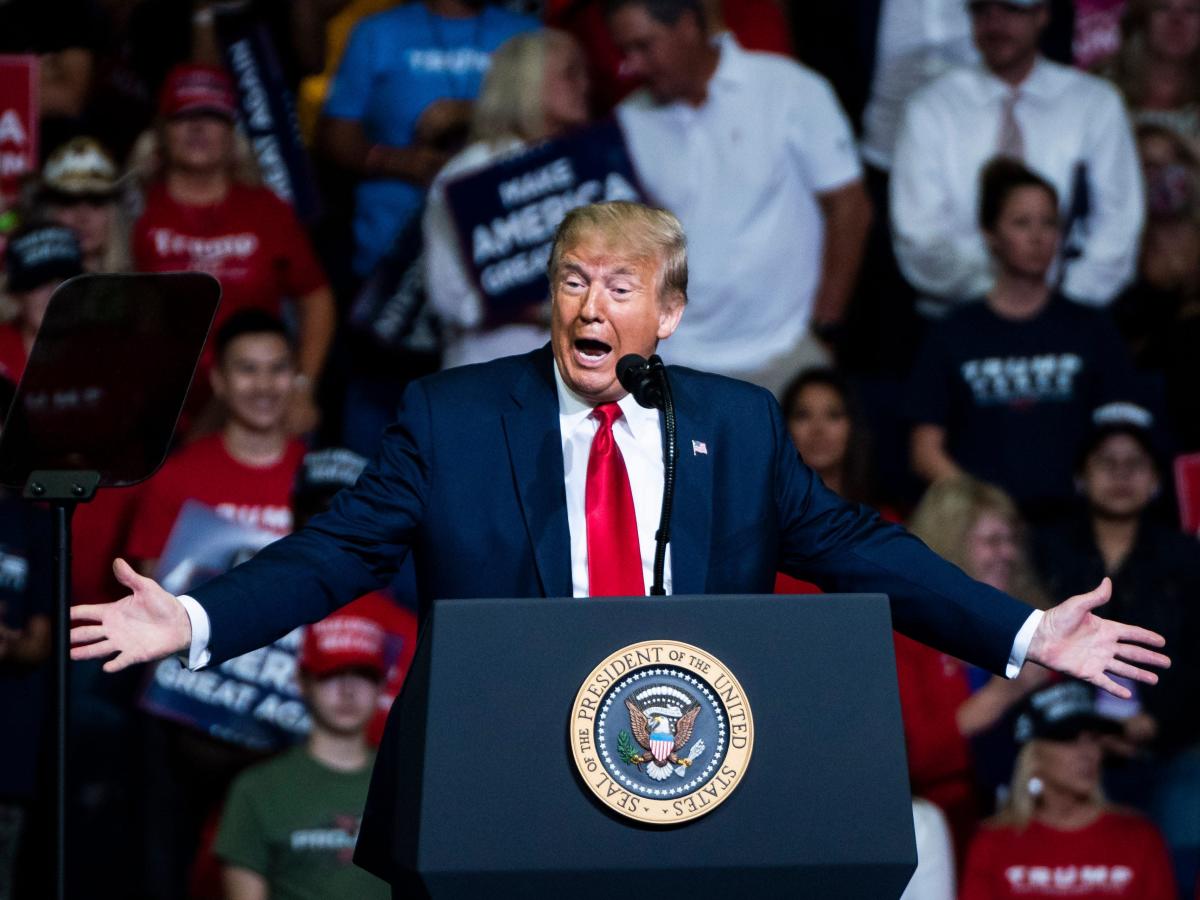 President Donald Trump privately mocked the idea of changing the date of his 2020 Tulsa campaign rally because it fell on Juneteenth, according to a forthcoming book by New York Times reporters Alexander Burns and Jonathan Martin that Insider obtained an advance copy of.

Eager to return to the campaign trail after months-long COVID-19 lockdowns, Trump was discussing his upcoming June 19 rally with his daughter Ivanka Trump and son-in-law Jared Kushner, who were White House senior advisors at the time. They were at Trump’s New Jersey Bedminster golf club with New Jersey Gov. Phil Murphy and his wife, Tammy, a week before the rally.

“‘Can you imagine,’ Trump asked the Murphys, ‘changing the day of the rally in Oklahoma to accommodate these people? Have you ever heard of such a ridiculous thing?'” Burns and Martin wrote in their book “This Will Not Pass,” which comes out Tuesday.

It had been less than a month since the police killing of George Floyd, and protests against police brutality and systemic racism had been taking place nationwide. Trump, already under criticism over his response to the racial justice protests, had sparked controversy when he announced his major campaign event would take place in Tulsa, the site of one of the worst massacres of African Americans in US history, and on Juneteenth, an annual celebration in the Black community that commemorates the end of slavery in the United States.

The anecdote was a “display of raw disdain for a population of Americans already in great pain after George Floyd’s murder, and another sign that Donald Trump simply did not see himself as a president for everyone,” the reporters wrote.

Trump’s office did not immediately return Insider’s request for comment.

Trump eventually did change the date of the rally amid public pressure, though his public comments at the time contrasted with his private conversation with the Murphys and his family members. The rally was rescheduled, he wrote on Twitter, “out of respect” for Juneteenth.

“We had previously scheduled our #MAGA Rally in Tulsa, Oklahoma, for June 19th – a big deal. Unfortunately, however, this would fall on the Juneteenth Holiday,” Trump wrote in a tweet at the time.

“Many of my African American friends and supporters have reached out to suggest that we consider changing the date out of respect for this Holiday,” he continued, adding that he moved the rally to June 20 “to honor their requests.”

Trump later said in a Wall Street Journal interview that a Black Secret Service agent explained to him what Juneteenth was, and African American leaders told him that it was insensitive to host the rally on that day. The president then took credit for popularizing the holiday, and claimed it was not well known.

“I did something good: I made Juneteenth very famous,” Trump told The Journal, referencing the news coverage around his rally date. “It’s actually an important event, an important time. But nobody had ever heard of it.”