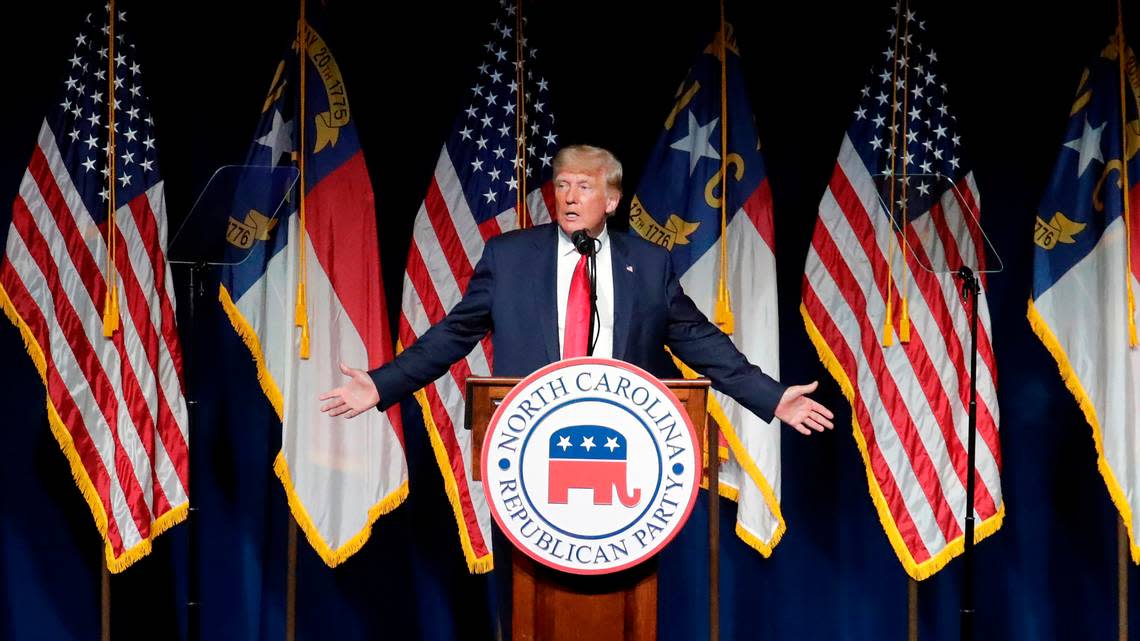 Former President Donald Trump and a host of Republican personalities have canceled their scheduled appearances Friday in Greensboro.

News of the cancellation comes as Axios reports Trump, his son, Donald Trump Jr., and his daughter, Ivanka Trump, have been scheduled to testify under oath Friday in an investigation into Trump’s finances.

The American Freedom Tour did not publicize that the event would no longer take place Friday, but quietly removed it from its website. Tickets for the event initially sold for $9 to $3,955.

The only event currently scheduled on the organization’s website is on Aug. 20 in Milwaukee, Wisconsin.

The email added that phone calls would be placed to those registered to attend the Greensboro event to provide more detailed information and answer further questions. A second email would go out once the event is rescheduled, the message said.

For more North Carolina government and politics news, listen to the Under the Dome politics podcast from The News & Observer and the NC Insider. You can find it at https://campsite.bio/underthedome or wherever you get your podcasts.