Trump pitted his kids against each other when they were growing up but always preferred Ivanka, documentary says 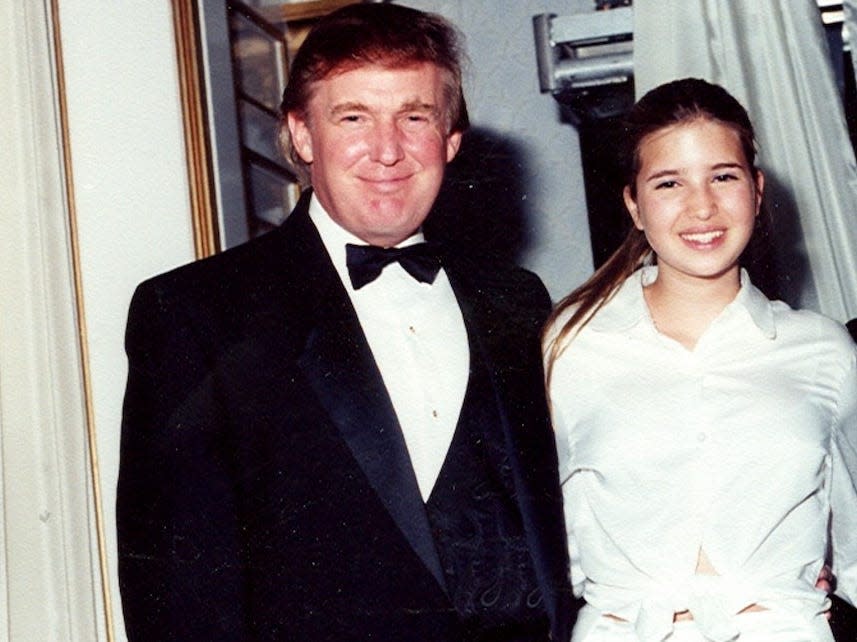 Former President Donald Trump pitted his children against each other when they were growing up but always preferred Ivanka, a new documentary series released on Sunday shows.

The three-part documentary by the British filmmaker Alex Holder, titled “Unprecedented,” features interviews with Trump and his three eldest children — Ivanka, Eric, and Don Jr. — as they navigate the 2020 presidential election and its aftermath.

It said Trump wasn’t a hands-on father when the children were young, choosing to prioritize his real-estate business over family. He often brought them to meetings and hoped they would follow in his footsteps, the documentary said.

He also pitted them against each other, said Marc Fisher, a Washington Post journalist who co-wrote the 2016 biography “Trump Revealed,” in the documentary.

“He had them compete at every turn, even when they were on vacation,” Fisher said.

Ivanka Trump also told the documentary that she and her brothers “are competitive in a playful, sometimes not so playful way,” especially when they used to go skiing together as children.

“Every year we went skiing and it was always who would be the first one down the mountain,” Eric Trump added.

The former president also weighed in on the family’s competitiveness, saying that while he was not a good skier himself, his children were “really good.”

“Don was a wild skier, he would go through anything, but I would say Ivanka was the best skier,” Trump said of his son Donald Trump Jr. and Ivanka.

This is not the first time the former president has praised his eldest daughter, who was described as a clear favorite in the documentary.

“Ivanka is a very good person, she is very smart. Some people know that some people don’t,” Trump told the documentary.

Fisher added: “When he is talking about Ivanka versus any of his other children, it’s just night and day. There is a softness, a gentleness, humane aspect to Donald Trump that we never see under any other conditions.”

The documentary also featured an old clip in which Don Jr. interviewed his father and jokingly asked: “Who is your favorite Trump child, and why is it Ivanka?”

Ivanka has been working for her father since 2005. She is an executive at Trump Organization, made multiple appearances on the TV show “The Apprentice,” and worked as a senior advisor to him at the White House.

After her father’s election loss, Ivanka and her husband, Jared Kushner, started to distance themselves from politics and moved back to Florida with the family.

Last month the House committee investigating the Capitol riot played testimony given by Ivanka in April, in which she said she “accepted” the results of the 2020 election after former Attorney General William Barr said there was no election fraud.

Her father pushed back on her testimony, writing on Truth Social that Ivanka “was not involved in looking at, or studying, Election results.”

“She had long since checked out and was, in my opinion, only trying to be respectful to Bill Barr and his position as Attorney General (he sucked!),” he wrote.

The House committee subpoenaed footage from “Unprecedented” last month. Holder, the director, has said the Trump family was not promised any editorial control over the final production.