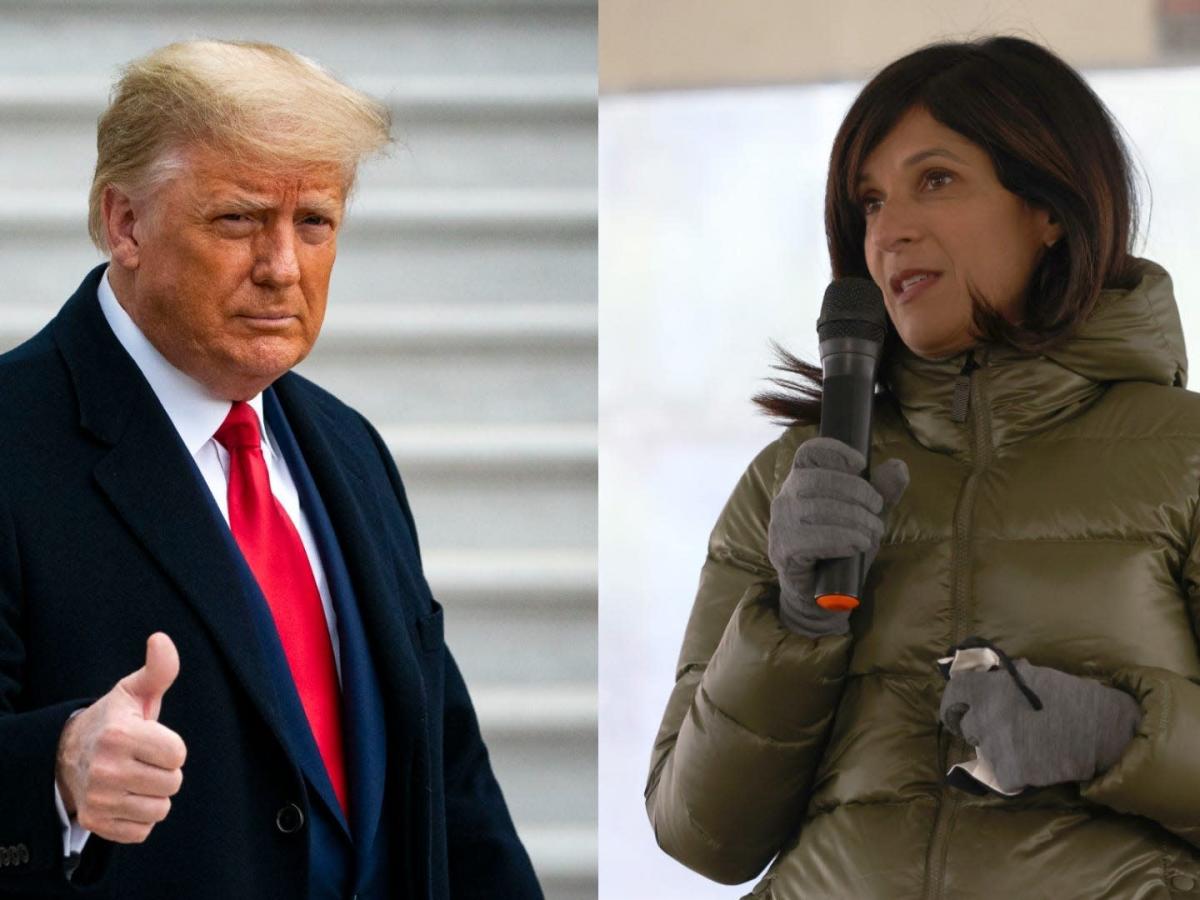 Authors Jonathan Martins and Alexander Burns detail Trump’s involvement in downballot races and 2020 meetings with party leaders in their forthcoming book “This Will Not Pass,” which Insider obtained ahead of its May 3 release.

Then-Senate Majority Mitch McConnell, they wrote, tried to avoid bringing up races where Trump disliked the Republican incumbent, like GOP Sen. Susan Collins of Maine, who openly criticized and broke with Trump on key issues during his presidency.

But in “several meetings” with Senate Republicans and campaign strategists, Trump “could not resist weighing in with what he might call locker room talk” about Gideon, “the telegenic Speaker of the Maine House of Representatives,” the book said.

“Sara Gideon — very attractive. Very attractive,” Trump said on one occasion, according to the book, before adding: “not that I’ve looked at a woman that way in five years—five years at least.”

Trump has been married to his third wife, former first lady Melania Trump, since 2005. He has denied allegations that he had an affair with former Playboy model Karen McDougal from 2006 to 2007 and that he had sex with adult film actress Stormy Daniels in 2006. At least 26 women have accused Trump of sexual misconduct, including assault, since the 1970s.

In the meetings, Trump would “veer back and forth between edicts of intimidation” against Republicans he saw as disloyal and “playing the class clown to a chortling audience,” the authors wrote.

One frequent target of Trump’s broadsides was former Arizona Sen. Martha McSally, who Trump, according to the book, called “a horrible candidate,” adding, “no one likes her.”

Gideon ran a high-profile campaign against Collins, who has represented Maine in the Senate since 1997, hoping to capitalize on mounting liberal anger against Collins — and particularly over her vote to confirm Supreme Court Justice Brett Kavanaugh in 2018.

Despite Gideon significantly outraising and outspending Collins, bringing in an eye-popping $74 million for her campaign and spending over $62 million, the incumbent was decisively reelected by over eight percentage points – even as President Joe Biden easily carried the state in the presidential race.

Representatives for Trump did not immediately return Insider’s request for comment.