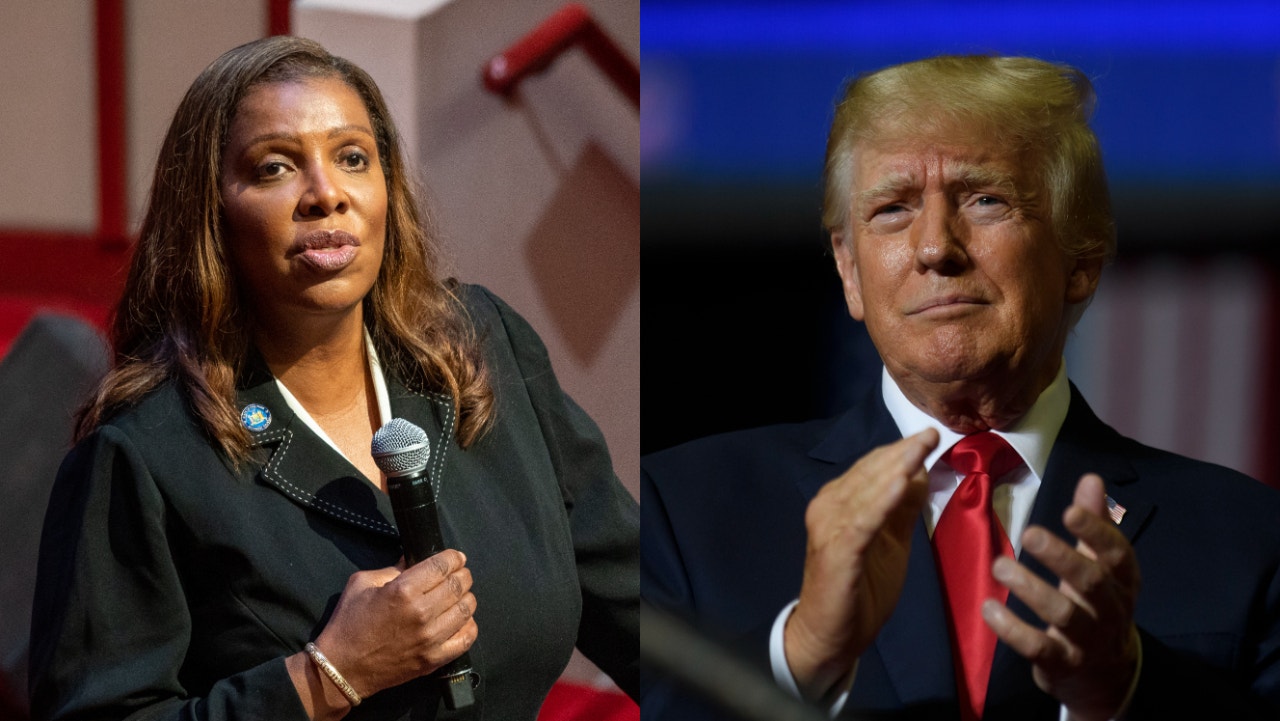 Trump fervently dismissed the merits of James’ suit in an exclusive interview with Sean Hannity and pointed out she originally made finding a way to sue him a hallmark of her first bid for attorney general.

“She campaigned on that four years ago,” Trump said on “Hannity.” “It was a vicious campaign and she just talked about Trump; ‘we’re going to indict him, we’re going to get him’. She knew nothing about me. I never heard of her.”

James previously has said, “We’re definitely going to sue [Donald Trump]. We’re going to be a real pain in the ass.”

In another instance, James declared then-President Trump to be unfairly seated in office, saying she will “never be afraid to challenge this illegitimate president,” despite her party’s own criticism of those who challenge presidential legitimacy.

In the lawsuit, James claimed the Trump Organization intentionally “manipulated” valuations to convince financial institutions to lend them money on favorable terms and insurers to provide higher limits on coverage.

Trump stated that James’ track record of repeatedly invoking him in political situations is likely behind this lawsuit, while other observers have argued that recent narrow polls in James’ race against Henry could be an influence.

RAND PAUL RIPS DC ESTABLISHMENT COUNTERING BIDEN ON COVID: NOT IN CHARGE OF HIS WITS OR THE WHITE HOUSE

In his Fox News interview, Trump said his company is fastidious about stating its fiscal position, praising the value and worth of his portfolio of properties, which include his namesake hotels, a Charlottesville, Va. winery, and golf clubs in Doral, Fla., Doonbeg, Ireland and elsewhere.

“We’ve been going over this for years, and I actually thought because our values are really high, the company is great. I built a great company to take places like this,” he said.

Trump added he first believed the state of New York wanted to settle with him, but said no one should pay something – “even if it’s a small amount – if you’re not guilty.”

He further characterized James’ suit on behalf of the Empire State as a continuation of the multifaceted “witch hunt” from the proverbial establishment political swamp.

On the details of the suit, Trump said in such lending agreements, the banks themselves have a fiduciary responsibility to their own stakeholders to conduct their own valuation before shelling out hundreds of millions of dollars to a business.

“They would look at a property like [Mar-a-Lago in Palm Beach, Fla.]. I don’t even have a mortgage on this property. I don’t have a mortgage on most of my properties,” he said, adding the Trump Organization is “very low-leveraged” while holding “among the best assets anywhere in the world.”

Trump concluded James does not have strong business or financial acumen, appearing to state she valued Mar-a-Lago at $75 million in her allegations, while the former president contended to “Hannity” that it is many times that worth.

“But if I were going to put a mortgage on this property, the institutions are going to be coming over. They’re going to go through comparable properties all over Palm Beach or… Miami [in the case of Trump-Doral] we have them all over. We have tremendous properties –  we have very little debt.”

Trump dismissed any suggestion his debtors were ripped off, telling Fox News the loans he took out over the years were paid off in full and that James is trying to defend creditors who received their money back anyway.

“She’s trying to defend banks that had unbelievable legal talent,” he said.

More than 100,000 clients in Puerto Rico are still without power 2 weeks after Fiona

Ted Cruz on border crisis: You know what is racist?

More than 100,000 clients in Puerto Rico are still without power 2 weeks after Fiona

Ted Cruz on border crisis: You know what is racist?

These Floridians gathered for church in Fort Myers. They brought their Hurricane Ian survival stories.