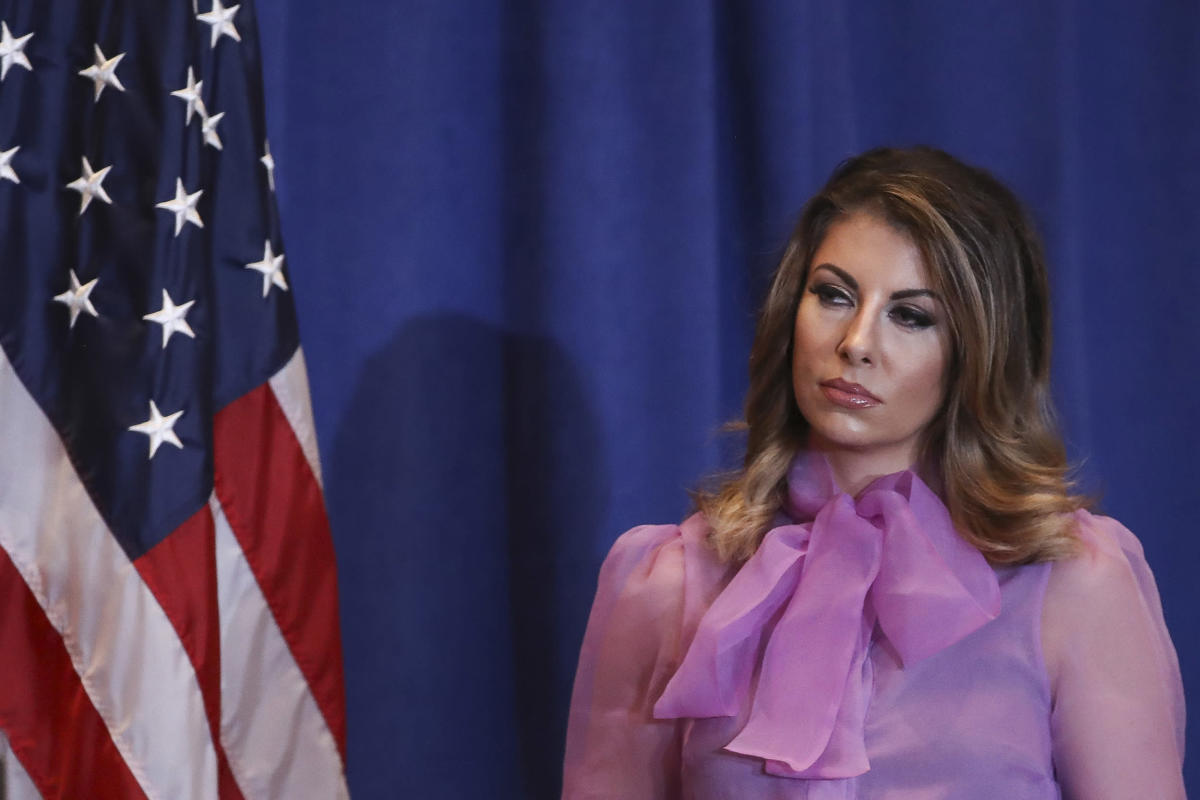 The Tennessee Republican Party voted on Tuesday to remove former State Department spokesperson Morgan Ortagus and two others from the August primary ballot in the state’s 5th Congressional District.

The vote marked the culmination of a months-long effort by both GOP legislators and activists to boot Ortagus because she had only recently moved to the state. She was endorsed by former President Donald Trump.

“I am deeply disappointed in the SEC’s decision,” Ortagus said in a statement. “I’m a bonafide Republican by their standards, and frankly, by any metric. I’m further disappointed that the party insiders at the Tennessee Republican Party do not seem to share my commitment to President Trump’s America First policies.”

“As I have said all along, I believe that voters in Middle Tennessee should pick their representative — not establishment party insiders,” she continued. “Our team is evaluating the options before us.”

The state GOP’s executive committee has the ability to disqualify candidates from the primary ballot for failing to adhere to the party’s bylaws, which require a candidate to have voted in three of the last four GOP primaries, as well as actively participate in the state or local Republican parties. The committee voted to remove Ortagus as well as fellow candidates Robby Starbuck and Baxter Lee, who also had their candidacies challenged, State GOP Chairman Scott Golden told NBC News.

In recent years, the party has scuttled a number of candidates for failing to meet the qualifications. Golden told NBC News last month that local party leaders in the district could help keep challenged candidates from being disqualified by vouching for them before the committee, even if those contenders’ voting records do not comport with the party’s bylaws.

Ortagus’ campaign argued she met all of the state party’s bylaws — voting in enough recent GOP primaries, participating in Republican women’s groups and contributing to the state party. In a statement ahead of the vote, Ortagus said she spent several weeks speaking with members of the state executive committee “about my core conservative beliefs, my background serving in the Trump Administration and the U.S. Navy Reserves, and my conservative vision for our state and our country.”

“President Donald Trump believes I’m the best person to fight for his America First agenda and Middle Tennessee in Congress, and I’m working hard to ensure that my fellow Tennesseans, including TNGOP SEC members, understand why,” she said.

The primary is one of many across the country where Trump’s influence is being put to the test.

Though Ortagus entered the competitive primary for the newly drawn 5th District in February with the former president’s “complete and total endorsement” in hand, her candidacy irked some state and local Republicans, in part because she had only moved to Tennessee last year and does not live in the district she seeks to represent. Her critics have highlighted her years-old criticism of Trump and her support for Jeb Bush in the 2016 GOP primaries, as well as the fact her wedding was officiated by the liberal Supreme Court Justice Ruth Bader Ginsberg.

In recent weeks, state legislators passed a bill that, had it taken effect before the April 7 filing deadline, would have disqualified her from the primary ballot. That legislation, which requires congressional candidates to live in the state for three years to qualify for a primary ballot, overwhelmingly passed the GOP-controlled state Legislature before Republican Gov. Bill Lee allowed it to become law without signing it after he held it for 10 days.

A spokesperson for the Tennessee secretary of state’s office told The Associated Press that legislation would not apply retroactively to candidates who qualified for the ballot by the deadline earlier this month.

“I voted for Trump. I supported him,” state Sen. Frank Niceley, the Republican who spearheaded the legislation, said in an interview last month. “I’ll vote for Trump as long as he lives. But I don’t want him coming out here to tell me who to vote for.”

For weeks, rumors swirled in local GOP circles that Trump would not care if Ortagus’ bid was thwarted before voters had the chance to weigh in on her candidacy.

In the earlier interview with NBC News, Niceley, who is supporting former state House Speaker Beth Harwell in the primary and recently came under fire after invoking Adolf Hitler in a state Senate floor speech on homelessness, suggested that only Jewish members of Trump’s family cared about Ortagus’ candidacy because of her Jewish faith.

This week, The Tennessean reported Republican National Committee member Beth Campbell said in an April 10 email it obtained that “RNC sources” told her “Trump is OK” with the state GOP removing Ortagus from the ballot.

In a statement to The Tennessean, Trump spokesperson Taylor Budowich denied Campbell’s claim. He did not respond to a request for comment from NBC News.

“That is a dirty lie, which should not surprise anyone, given there are RINOs in Tennessee trying to quietly pull strings and illegally remove President Trump’s endorsed candidate, Morgan Ortagus, from the ballot,” he told The Tennessean.

Meanwhile, Starbuck, a right-wing personality who moved to the 5th District in 2019 and is backed by pro-Trump influencers and some prominent lawmakers, pushed back on the state party process, adding he had not met the primary voting requirement because of “a simple mixup.”

“My whole life I’ve only been registered with one party and I’ve only ever donated to Republican candidates,” he said in a statement last month, adding, “Not allowing me on the ballot would disenfranchise a huge segment of our voters in Tennessee, discourage people from engaging in the process and most of all it would reek of the dirty politics that makes so many distrust our elections.”

Starbuck, who did not immediately respond to a request for comment from NBC News, tweeted a video Tuesday evening of deceased Breitbart News founder Andrew Breitbart saying one word: “War.”

The primary features roughly a dozen candidates in this district mostly south of Nashville. The existing 5th District is held by longtime Rep. Jim Cooper, a Democrat who announced his retirement after the Republican-held Legislature’s new voting maps were released and the district swung significantly to the right.