Tom Homan on ‘Faulkner Focus’: ‘I’ve never been more concerned about the safety of this country’ 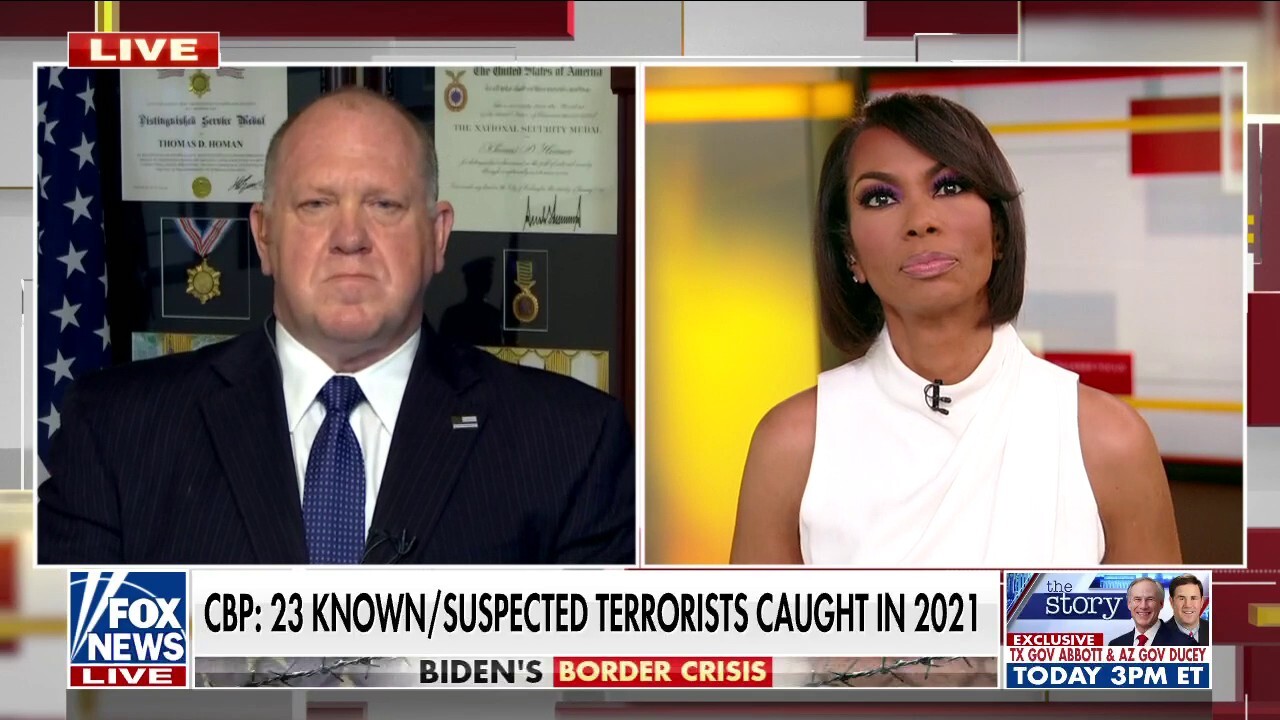 Former Acting ICE Director Tom Homan slammed the Biden administration’s mishandling of the border crisis Tuesday on “The Faulkner Focus.” Homan said about 700,000 migrant encounters were “got-a ways” from 157 countries, warning about terror suspects getting through.

“So if anybody thinks not a single person of that 700,000 came from a country that supports terrorism or came here to do us harm, they’re ignorant. They’re not looking at the facts,” Homan told host Harris Faulkner.

The Border Patrol apprehended at least 23 people coming across the southern border whose names are on the terror watchlist in 2021, according to Customs and Border Protection (CBP) data obtained by Fox News.

Between Jan. 20 and Dec. 27, 2021, there were 23 encounters with individuals whose names matched on the Terrorist Screening Database (TSDB).

The Terrorist Screening Database (TSDB) contains information about the identities of those who are known or “reasonably suspected” of being involved in terrorist activities. Republicans lawmakers have repeatedly called for the number of those encountered at the border to be made public by the administration.

A group of migrants apprehended crossing the border in Texas arrived by bus in Washington, D.C., Thursday, April 14, 2022.
(Fox News)

The numbers come as the Biden administration is yet again facing sky-high border numbers that are overwhelming agents and resources. According to a filing by CBP last week, agents encountered more than 212,000 migrants at the border in March, higher than any month last year.

Homan warned that the open border and record-breaking crossings are a national security threat and an “uncontrollable” situation.

“At what point does the Secretary of Homeland Security tell the White House I can no longer support this open borders agenda because it’s putting this country at great risk of attack,” he added.

“They perceive all these millions of people coming to the United States are future Democratic voters. They also want to fundamentally transform the composition of this country,” he said.

Homan argued “there’s no downside on a secure border,” since it will reduce deaths of migrants, sexual assaults and human trafficking and cut down on fentanyl and other drugs moving into the country.

“Biden’s policies are killing people. They’re killing migrants. They’re killing U.S. citizens. We got to take action because this country is at great risk. I’ve done this for 35 years. I’ve never been more concerned about the safety of this country because of that border ever in my career than I am today,” he said.