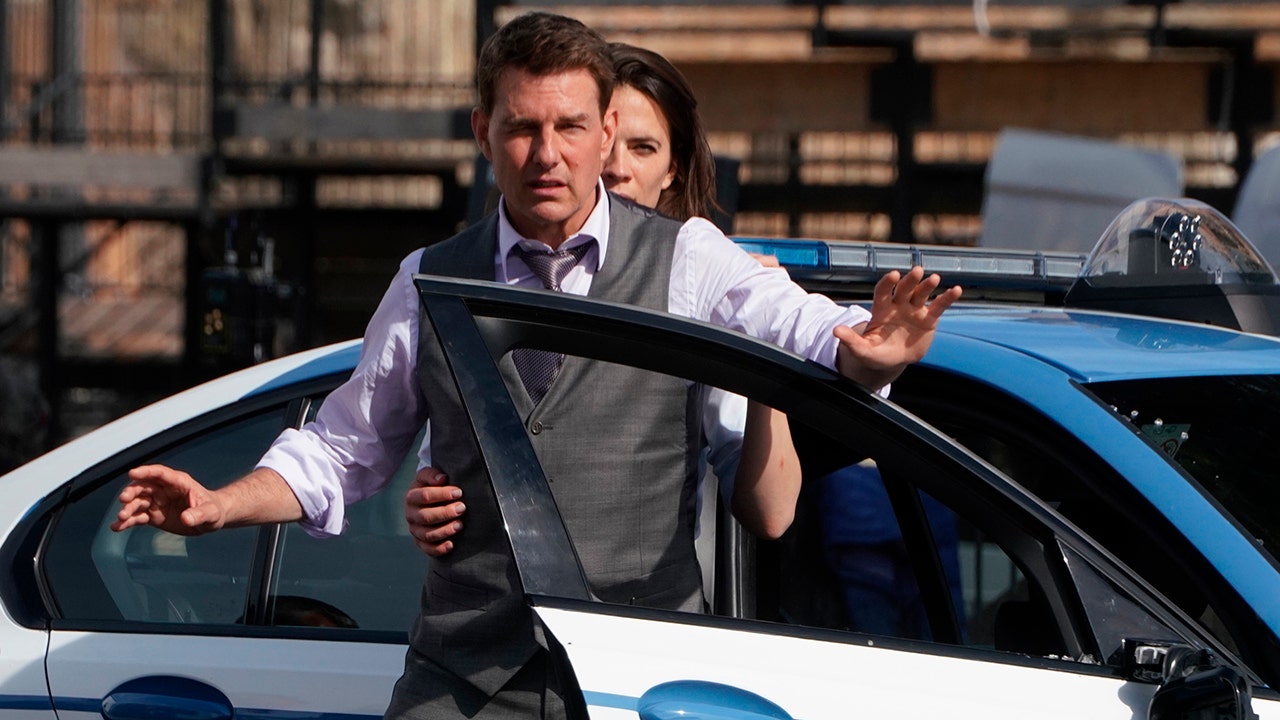 On Thursday, Cruise revealed the news in a prerecorded message during Paramount’s CinemaCon press session in Las Vegas. Cruise appeared remotely from the South African set of the next “M:I” installment after “Dead Reckoning” — “Mission: Impossible 8,” which does not yet have a title.

Cruise delivered the message from atop a biplane. In addition to the announcement of the film’s title was the release of a trailer for “M:I7” that Deadline describes as “chilling.”

It was reported early last year that Cruise, a producer on the flicks, enlisted robots to help him enforce safety protocols on the movie sets, having dropped “huge sums” of money to do so.

The set of “Mission: Impossible 7” was also home to a series of explosive tirades by Cruise, who reportedly launched into profanity-laden and high-volume rants when he saw people on set not adhering to safety protocols.

Actor Tom Cruise during a pause on the set of the film “Mission: Impossible 7” in Rome Nov. 29, 2020.
(Samantha Zucchi/Insidefoto/Mondadori Portfolio via Getty Images)

The 59-year-old actor reportedly shelled out $700,000 for the film’s cast and crew to live on cruise ships in order to maintain isolation.

Shooting on “Mission: Impossible 7” was put on hiatus in early 2020 because of COVID-19. After filming resumed in the summer of 2020, principal photography ultimately concluded in September 2021.

The “Mission: Impossible” films have grossed over $3.5 billion at the worldwide box office since 1996.

Cruise’s next franchise blockbuster film is “Top Gun: Maverick,” due to hit theaters May 27.